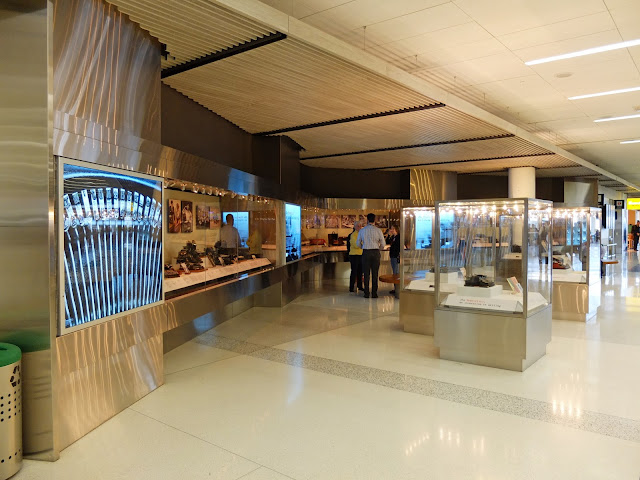 Back in February, I posted about the SFO Museum coming to the house to pick up a few typewriters for their upcoming exhibit, The Typewriter: An Innovation in Writing. 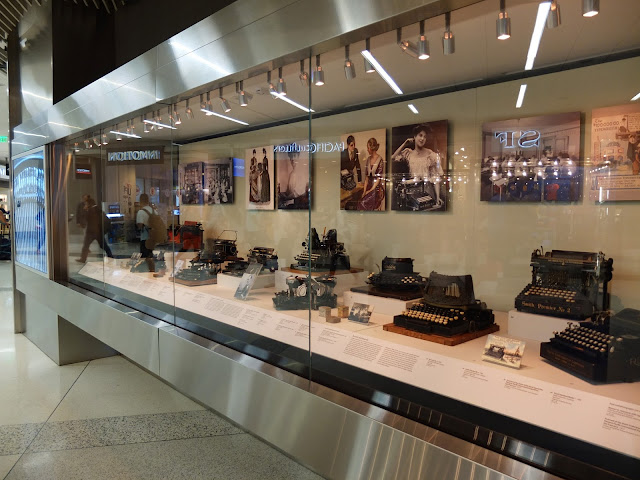 At long last, it opened earlier this month! It's behind security so I needed to be escorted in. But what better way to see an exhibit than with its curator? 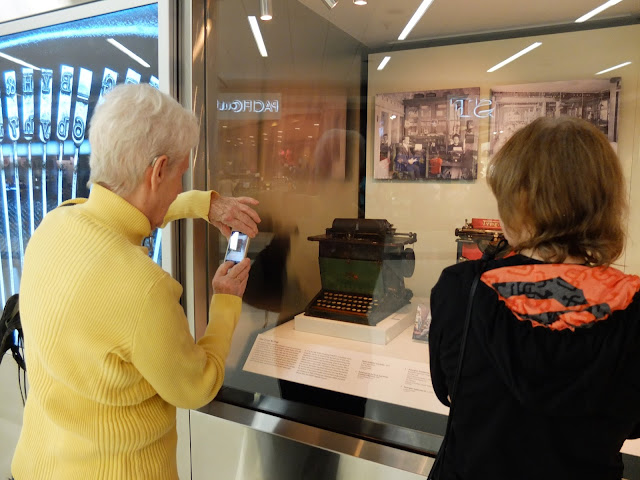 It was great getting to see an original Sholes & Glidden in person. 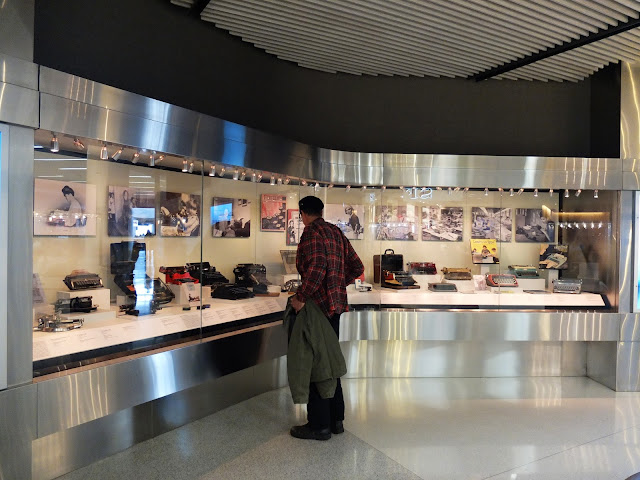 The exhibit isn't large, but it is well-packed with typewriters from all eras and parts of the world. 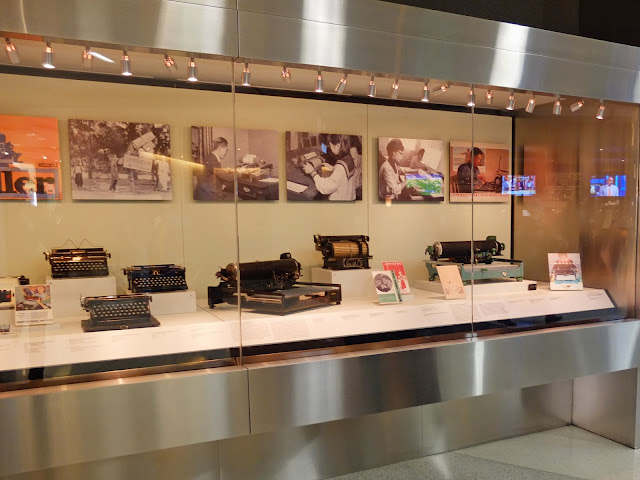 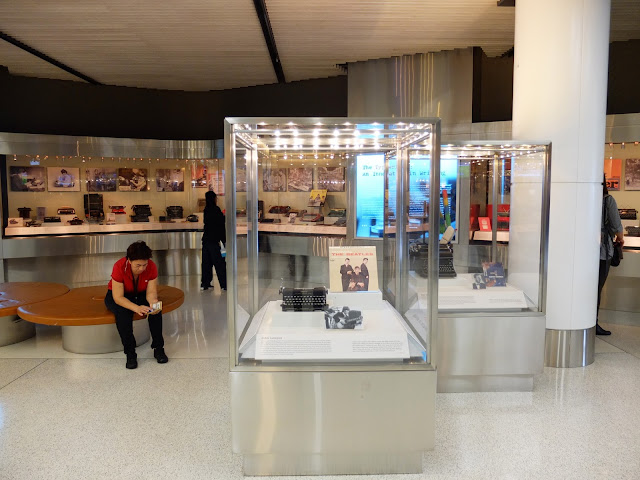 Typewriters used by famous people are placed out towards the walkway to catch the eye of passersby, like John Lennon's Imperial. 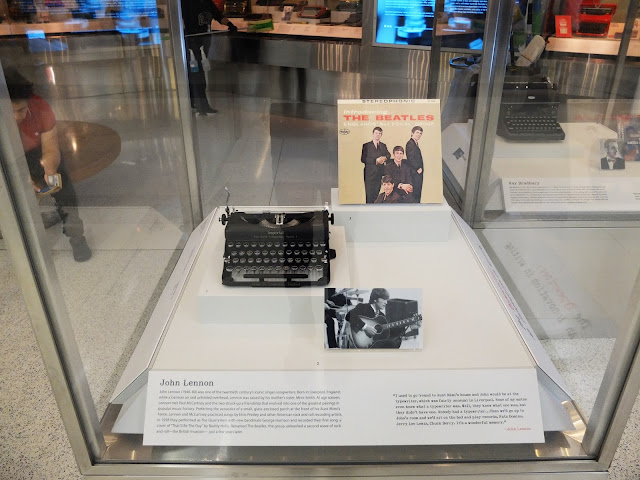 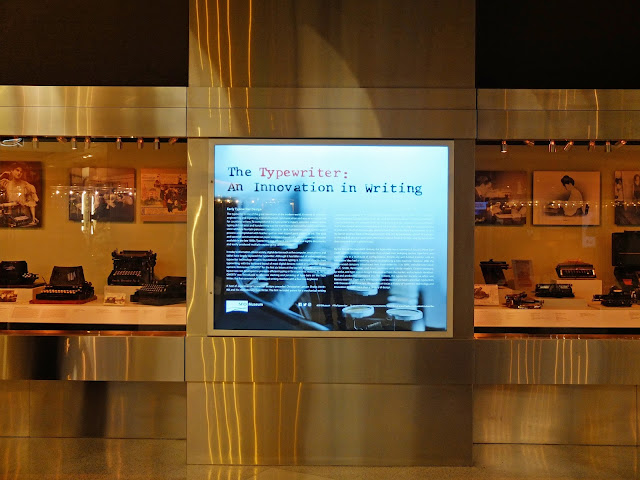 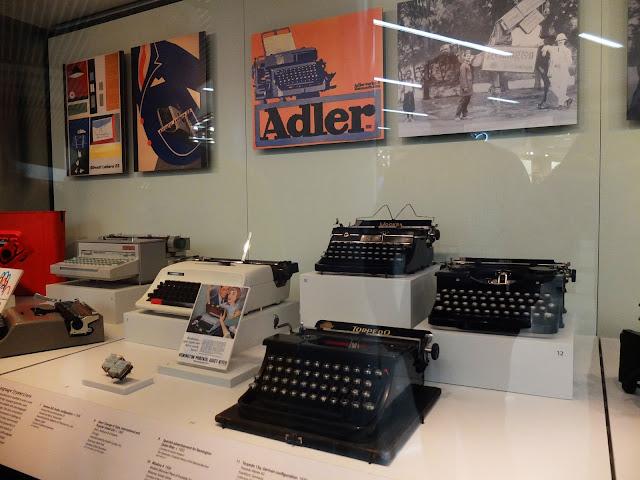 I have four typewriters in the exhibit, one of them is my Moskva 4. 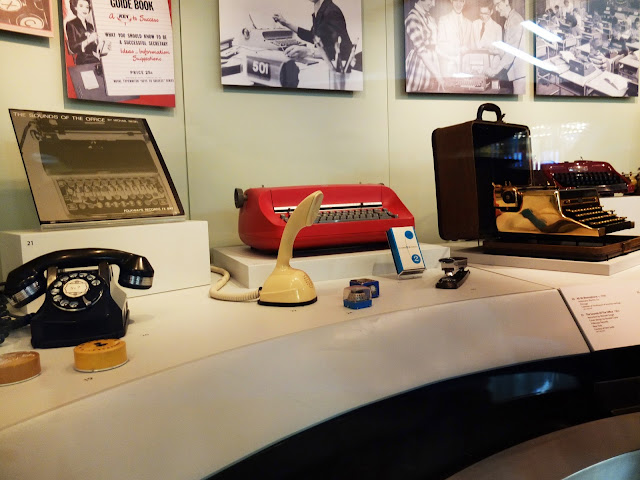 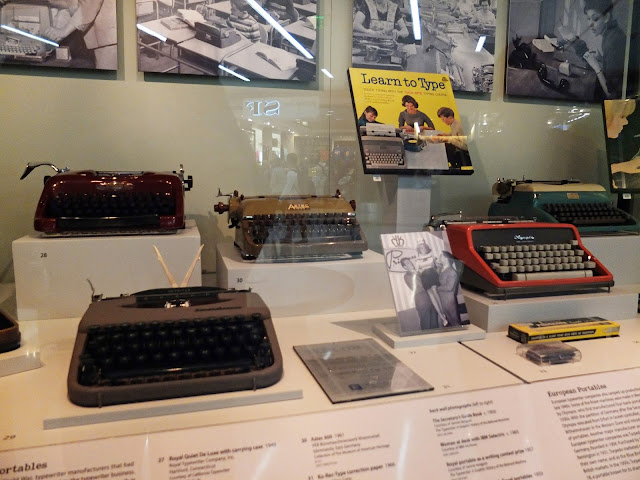 My Olympia SM7, Everest Jolson K2, and Blue-Bird 18b (not shown) complete the list. 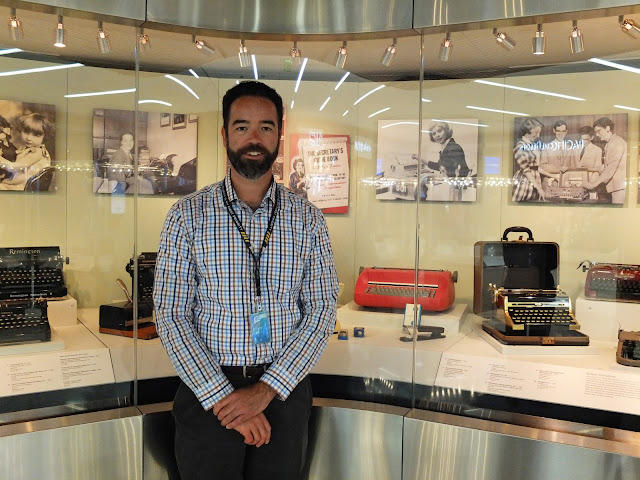 And last but not least, the curator, Daniel Calderon! The exhibit is the result of a year of planning and lots of hard work from everyone involved at the museum, but he has had an especially high level of personal involvement.

If you're ever at San Francisco International Airport, this will be on display through 28 January 2018.
Posted by x over it at 16:27 11 comments:

Another trip back (part 1) 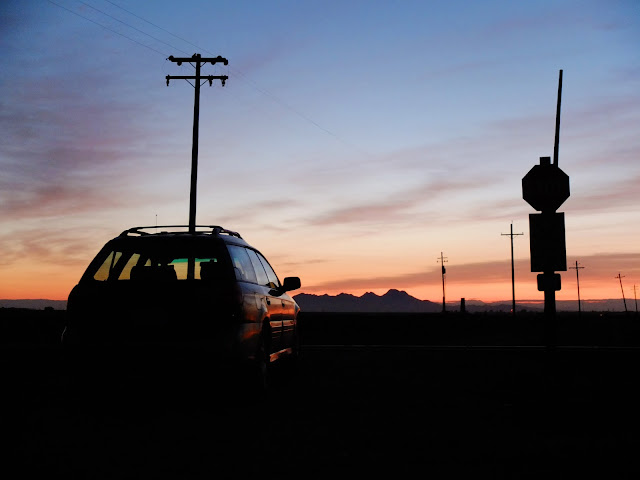 While W has been deployed, I went on a two week trip back to Washington as a break from work, and being alone at home. Here are some photos I took on the trip. 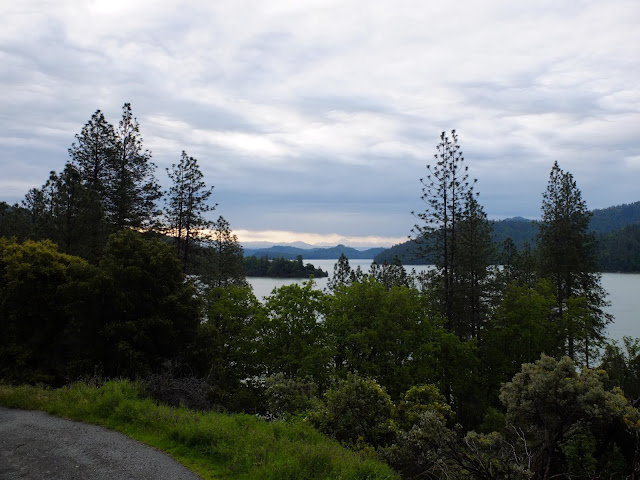 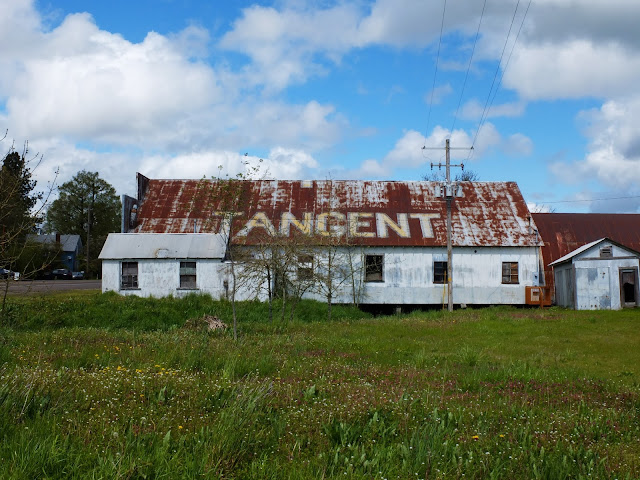 An abandoned building in Tangent, Oregon. 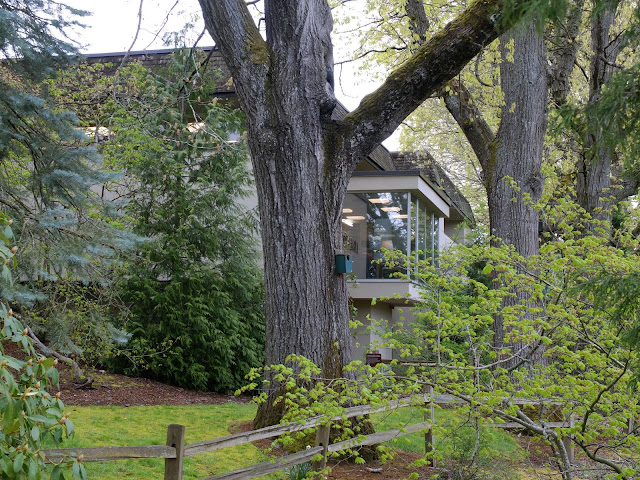 Milwaukie, Oregon's library is in a very natural setting for a city. 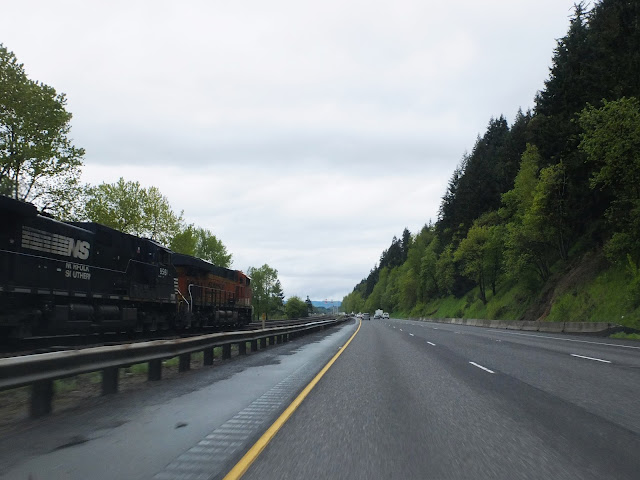 Back in Washington on I-5. 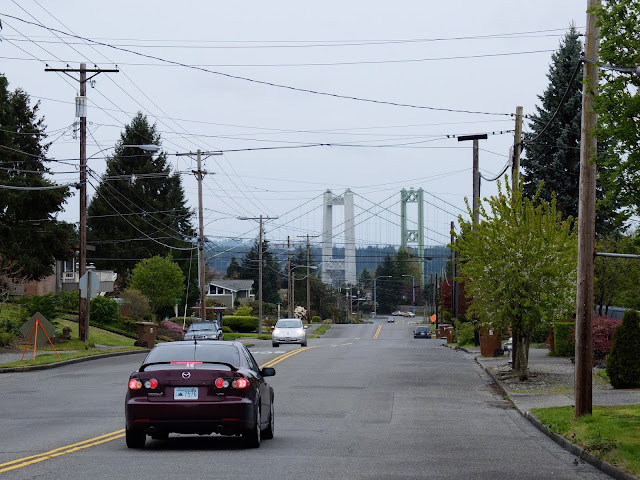 The Narrows Bridges, back in Tacoma 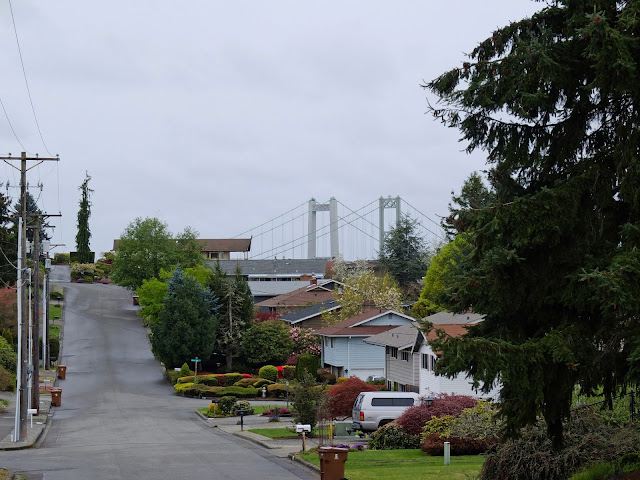 Another view of the bridges. 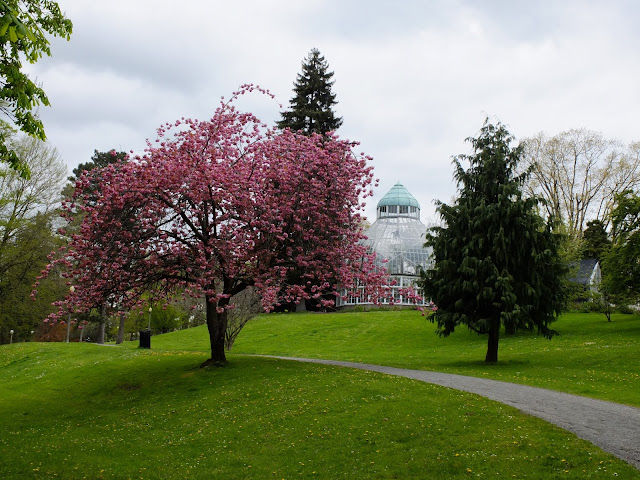 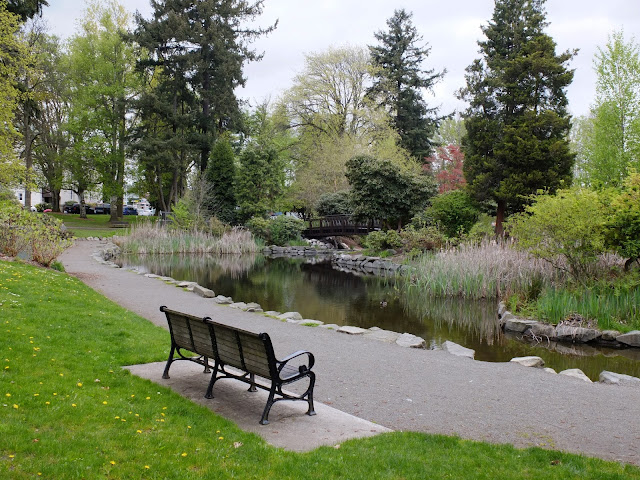 A new bridge for the Wright Park pond. 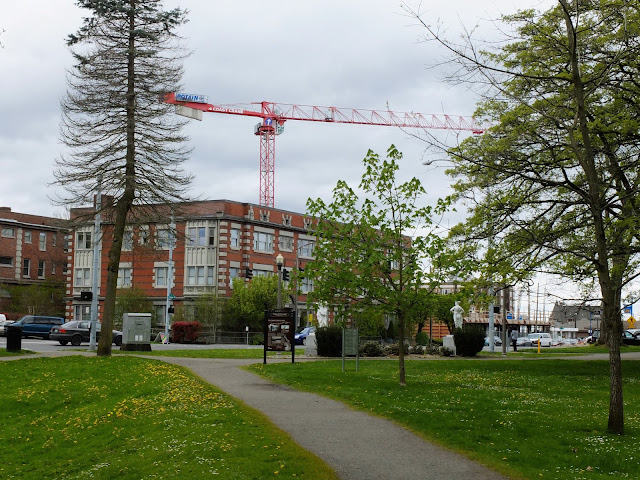 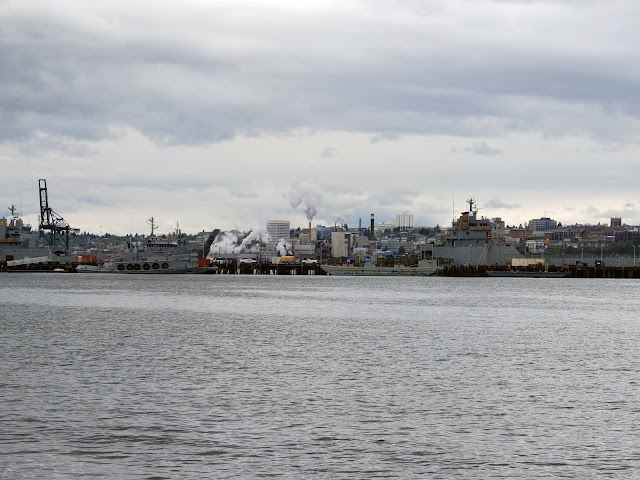 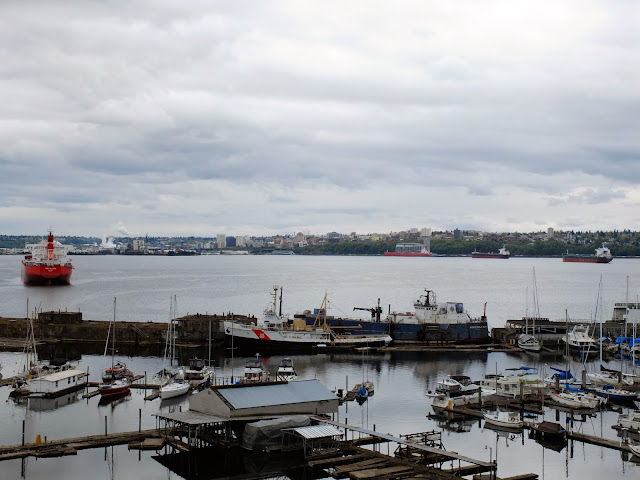 A view of the city from across Commencement Bay. 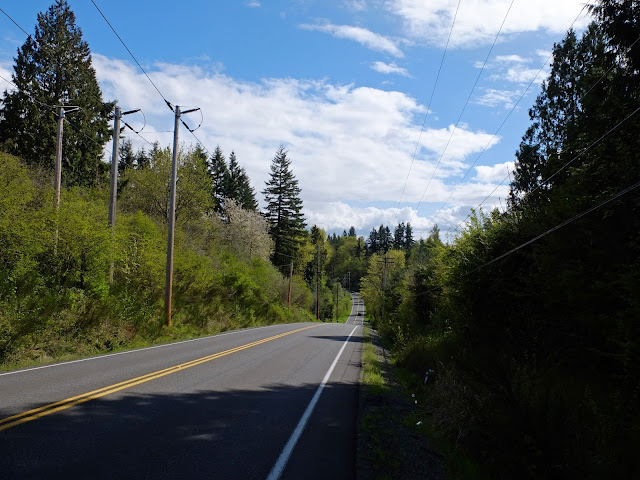 A rural road in Kent. 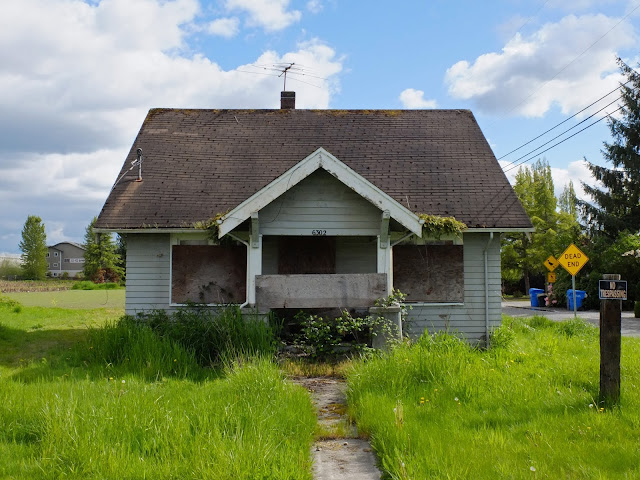 Abandoned houses in an industrial area of Fife. 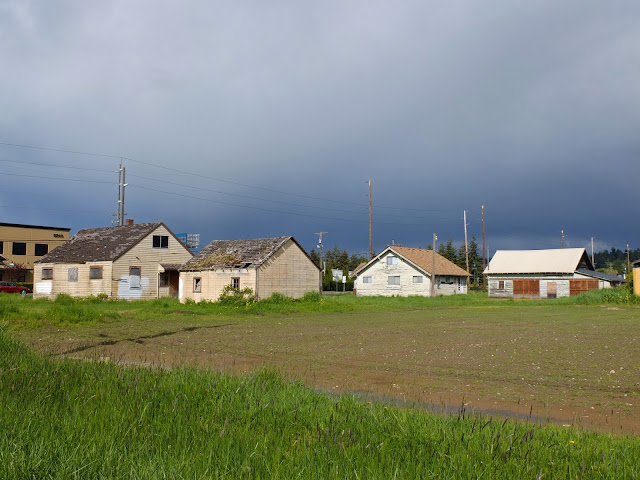