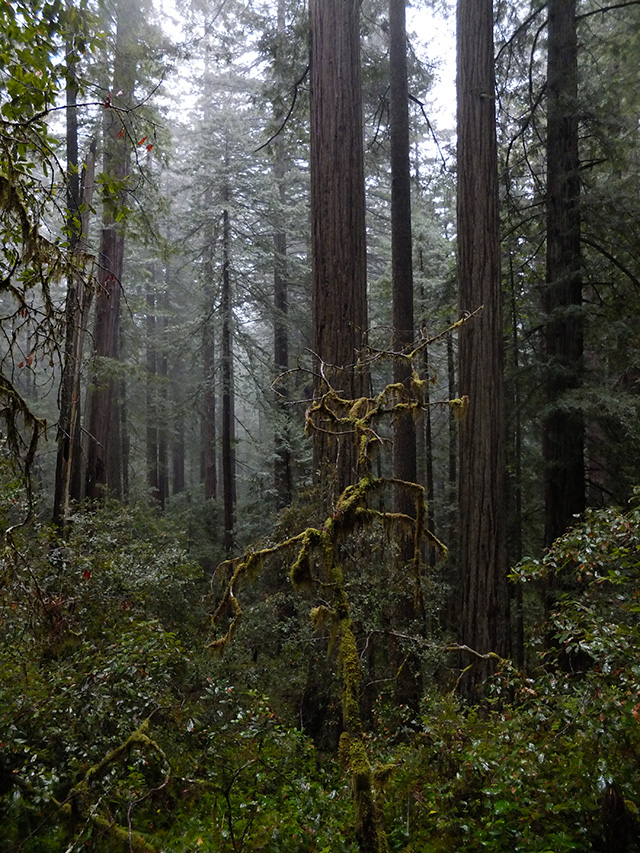 Earlier this month, I, W, and two friends visiting from Europe went on a long road trip along the northwest coast, beginning in northern California and ending in an extended stay on the Olympic Peninsula and Seattle/Tacoma area.

This is a shot from the California redwoods. 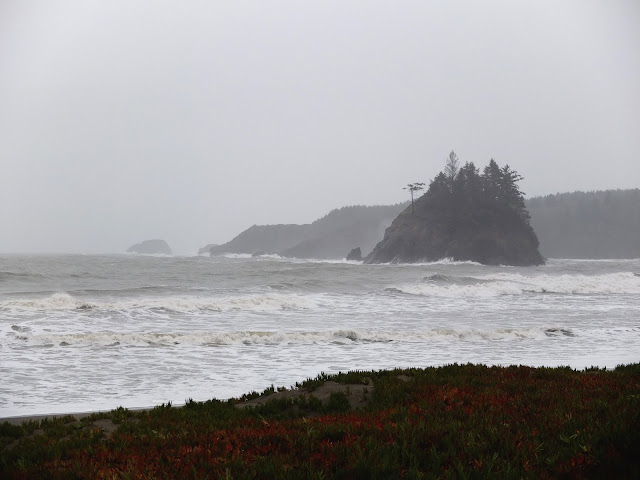 These are some images of the southern Oregon coast. 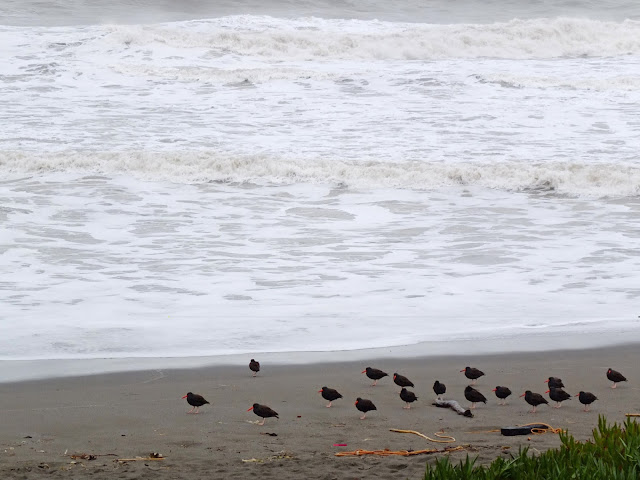 I'm not good at identifying birds, so I call these carrot-beaks. 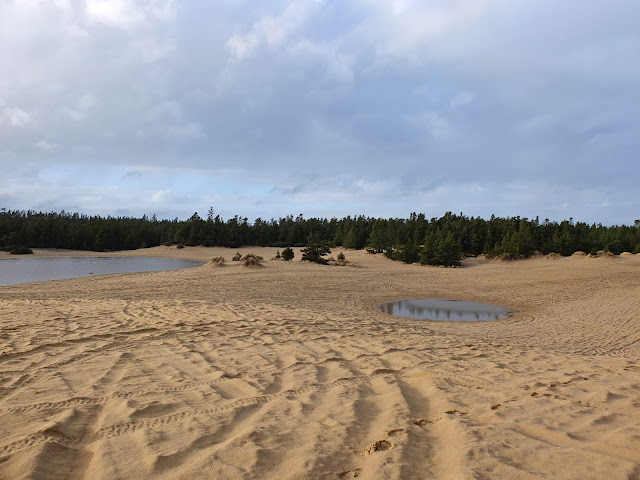 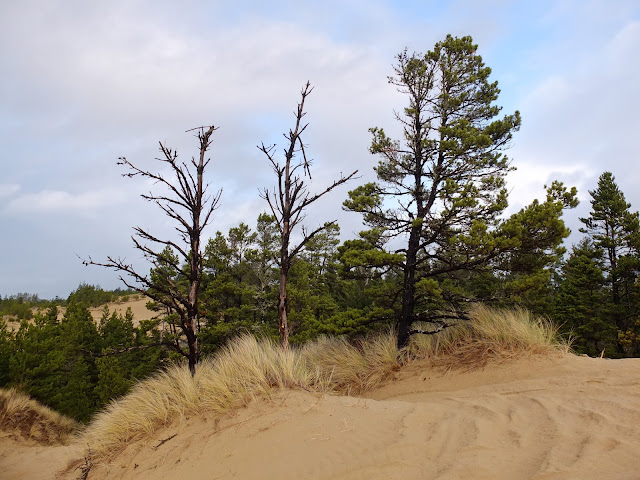 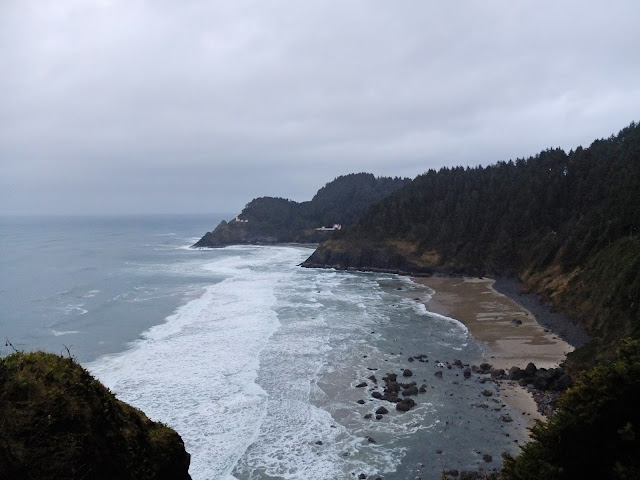 The lighthouse at Heceta Head is in the distance; photo taken from Sea Lion Point, aptly named as there were dozens of them making quite a racket below. 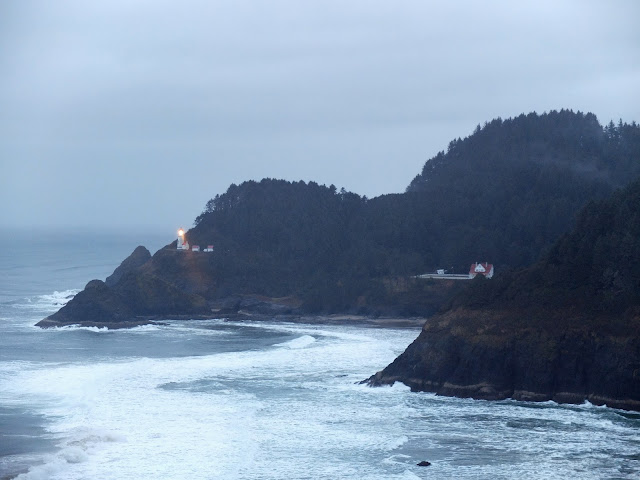 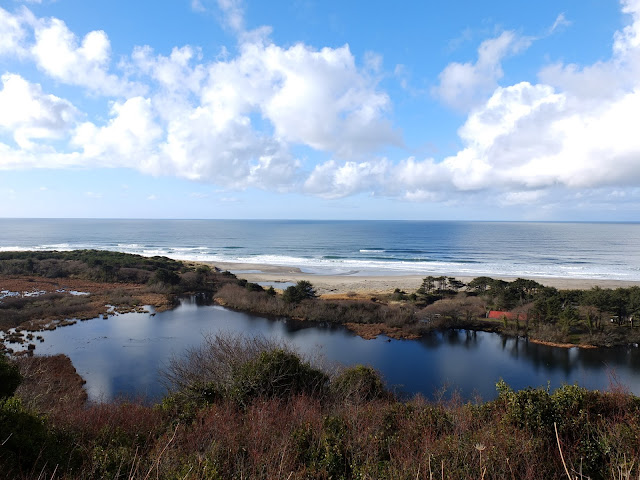 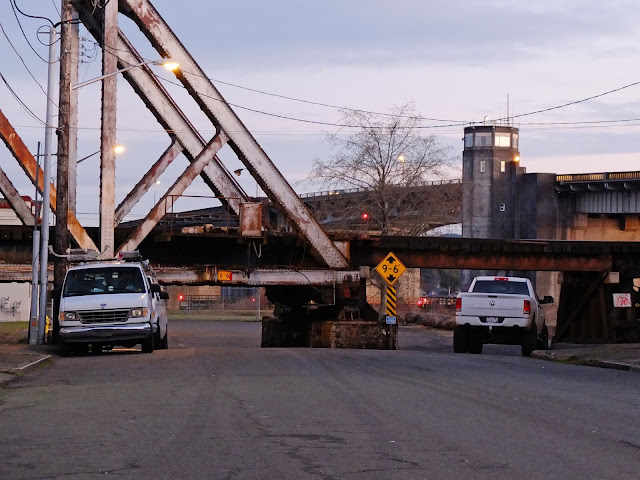 Now in Aberdeen, Washington, is this, one of my favorite low clearance bridges. (Only 6'6" clearance on the left side) 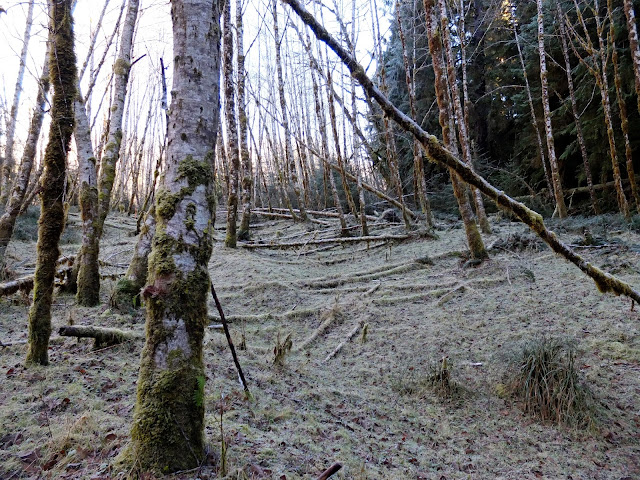 Naturally fallen red alder trees (not to be confused with birch) in the Queets forest, Olympic Peninsula. 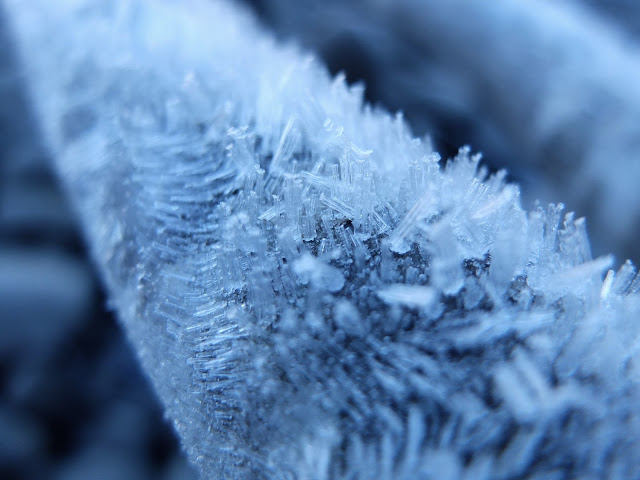 Some frost in the area, as the temperature hovered around the freezing point. 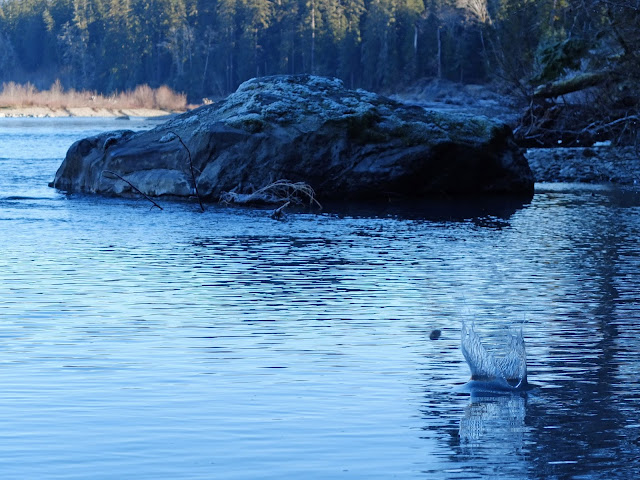 Plenty of good rocks for skipping. 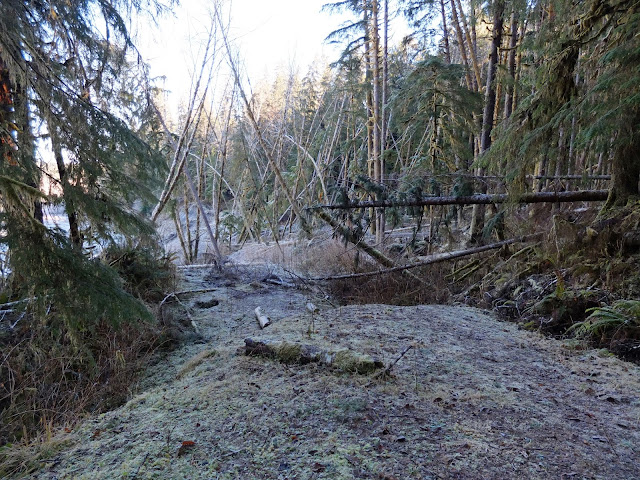 We hiked along a road that was closed due to being destroyed by a landslide. This shows the aftermath, looking out towards the river from the new end of the road. 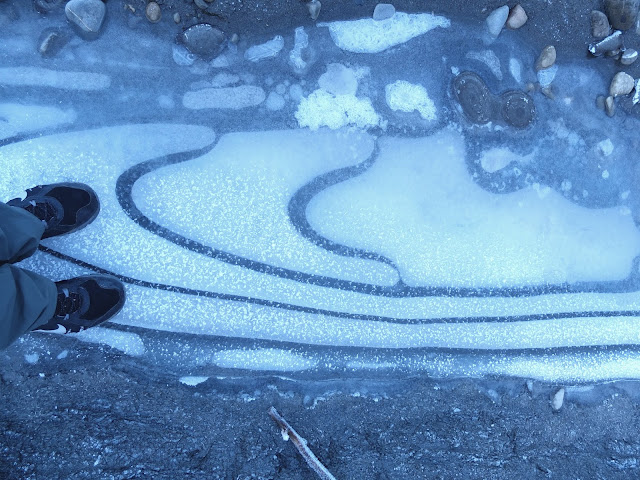 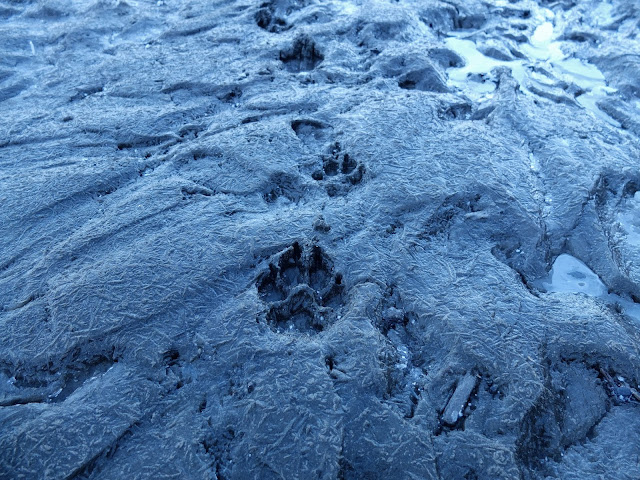 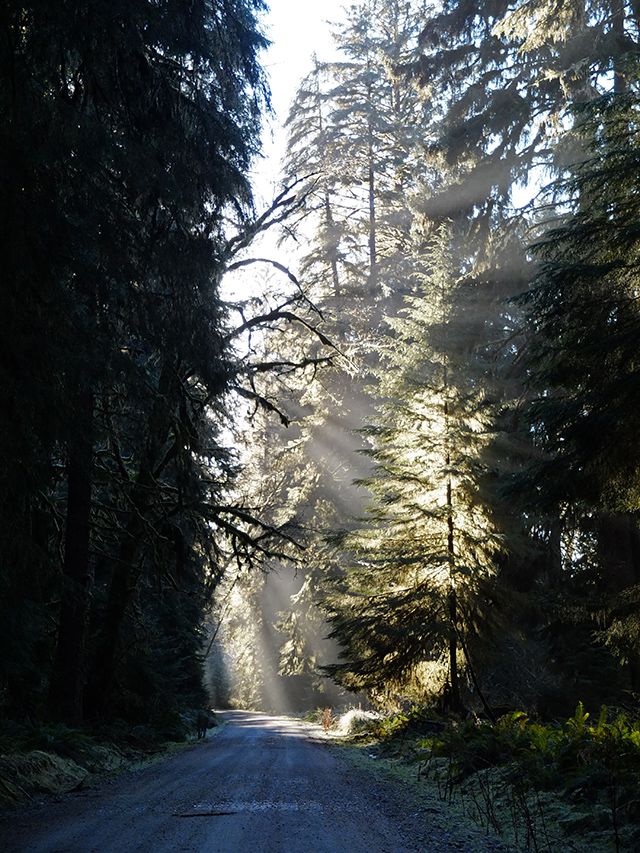 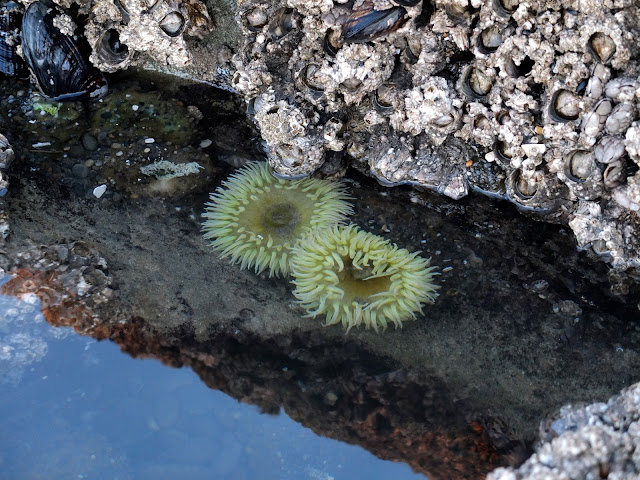 Now at the beach at Kalaloch, sea anemones. 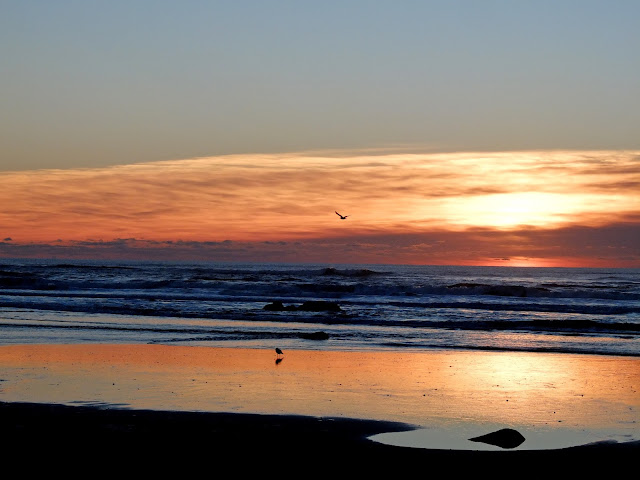 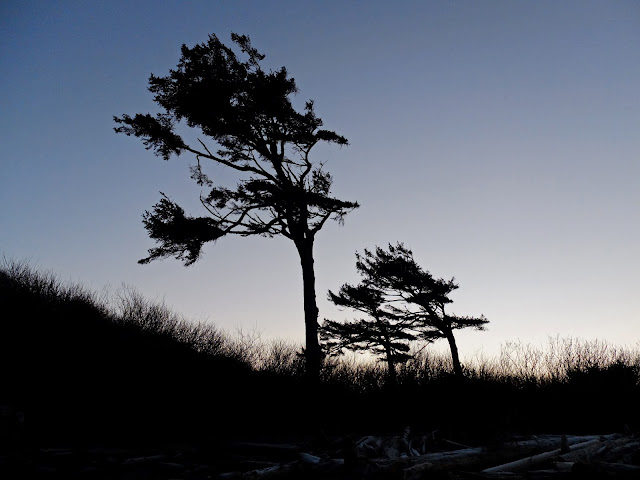 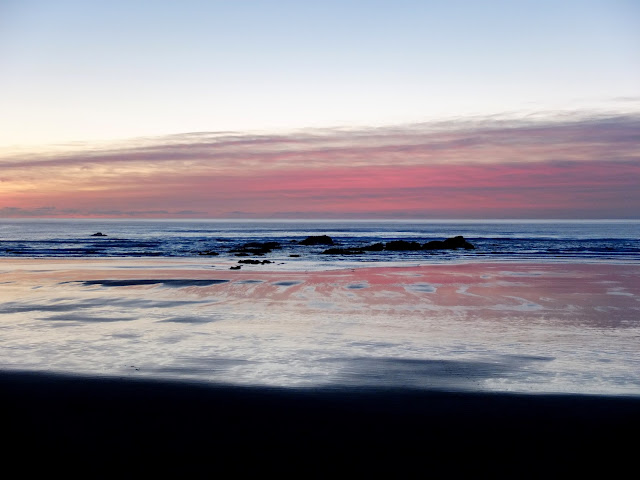