I recently made a purchase from a Finnish used bookstore, and while trying to find a few more things to buy to take better advantage of the flat rate shipping I came across this wonderful brochure. The seller kindly threw it in for free.

Based on the models available, and the code printed on the back, I think this is from 1939. I've seen a very similar brochure in German, but it's nice to have one in another language that I'm a bit familiar with. (I know some Finnish, but couldn't hold a conversation yet. Those other books I was buying aren't novels!) 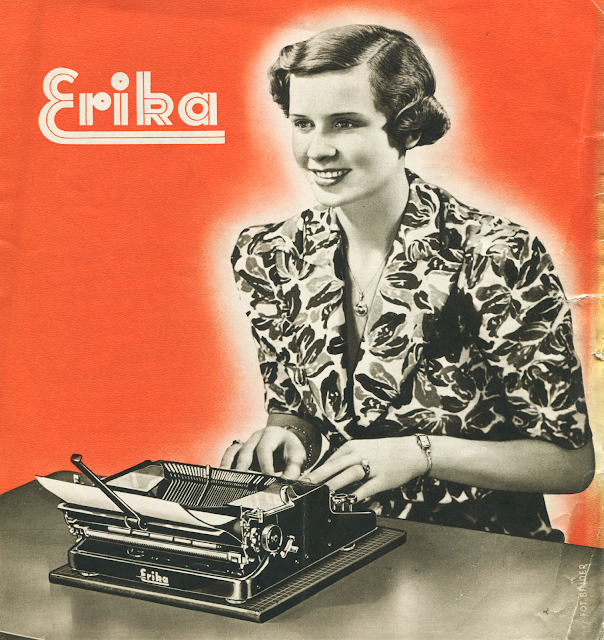 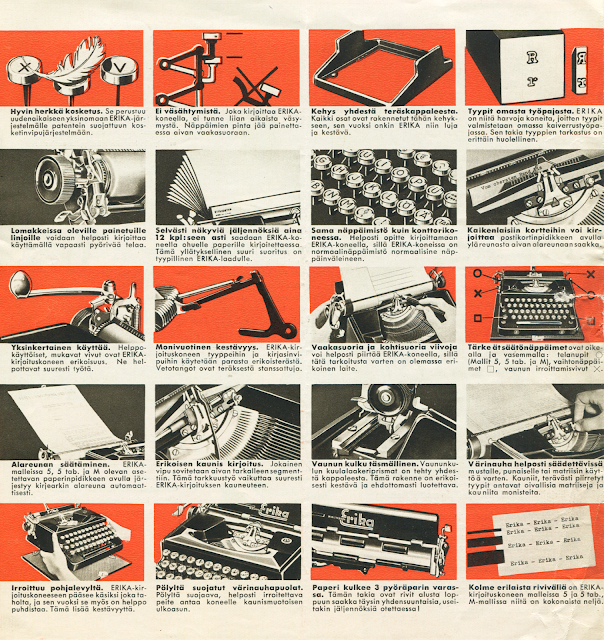 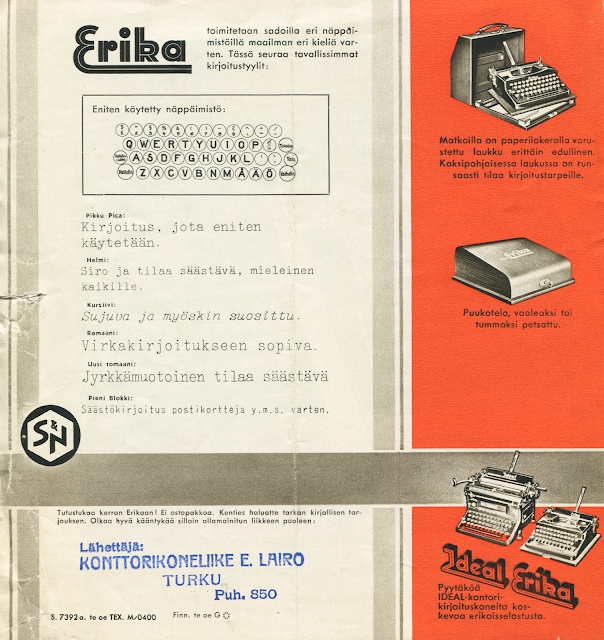 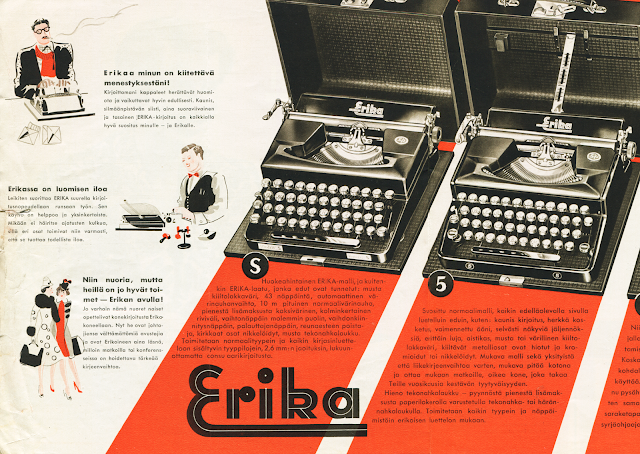 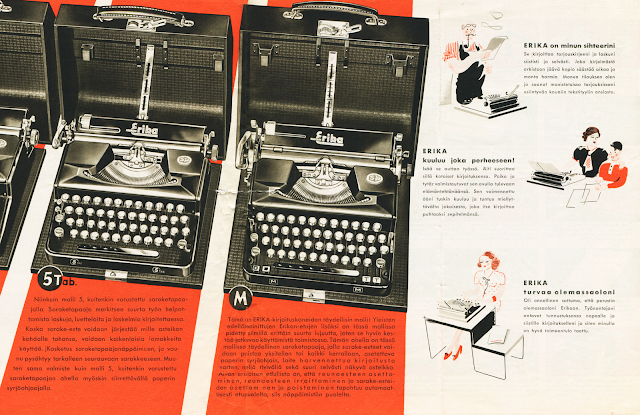 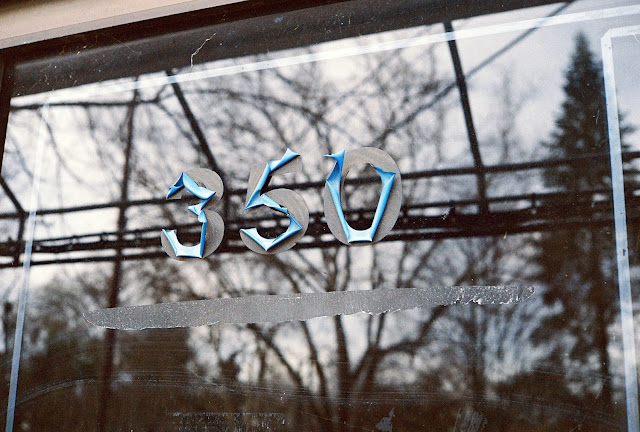 When I decided I really wanted to get into film photography with some degree of seriousness, I did a lot of research and came up with what I thought would be the perfect camera for me, based on my digital photography habits, and my love for 1970s Japanese cameras. 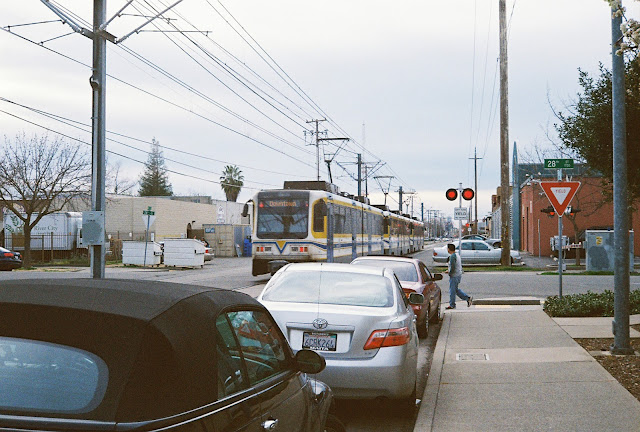 The one I came up with is the Yashica Electro 35 GTN. It is an aperture-priority auto exposure rangefinder, which is admittedly a lot of jargon if you're not into photography. Anyway, it suits me and the Electro 35 is one of the few cameras that uses this method. 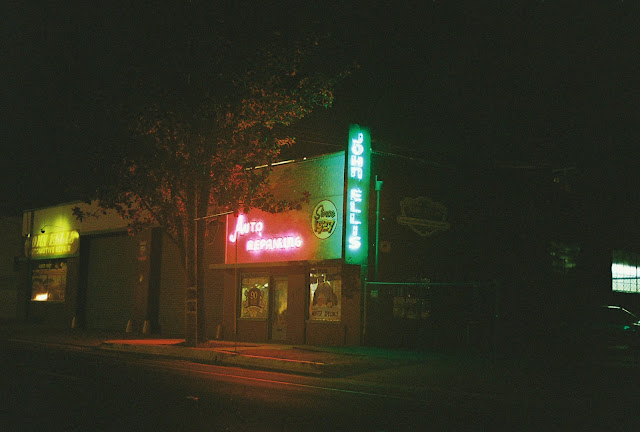 It also happens to be a fantastic camera all around, and cheap as well. I paid $7 for mine on ebay and picked it up locally. Of course, the batteries cost as much as the camera itself but that's to be expected. 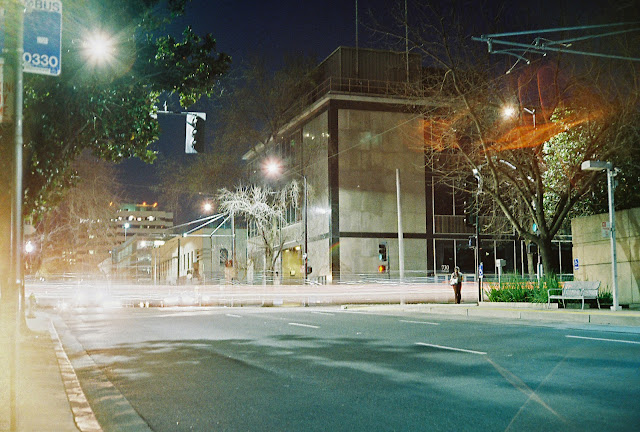 I took a gamble on it, since there is a specific fault known to affect these cameras, but it turned out to be working perfectly. All the photos on this post have been taken with it during the past month. The above four were on my first test roll of film. 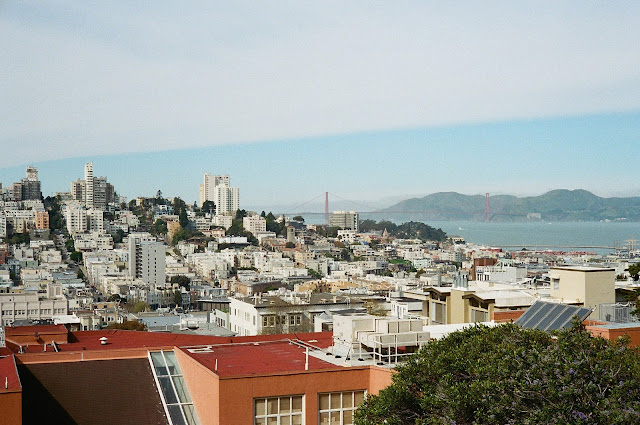 It has really good low light capabilities, and was advertised as being a camera you'd never need a flash with. It's a pretty accurate claim, as you can take good photos indoors and in twilight without a tripod. Even in the middle of the night if there are city lights and you have a steady hand. 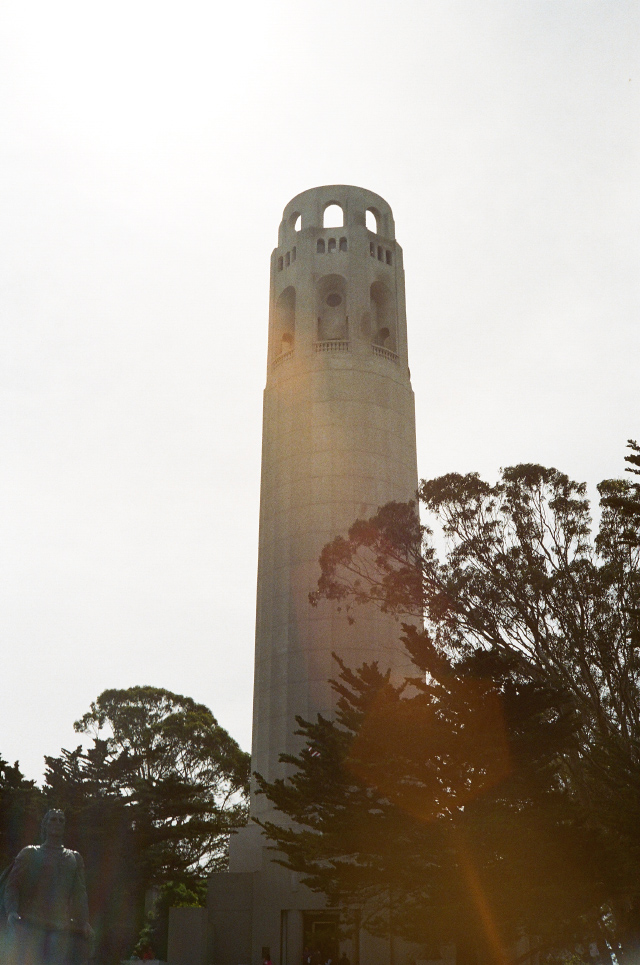 It's a fantastic camera all around; easy to use but not fully automated. The exposure is always good, and the images come out sharp and clear. 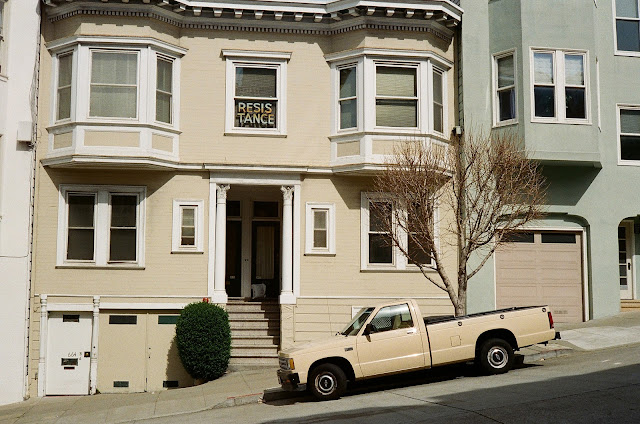 These photos are from a recent trip to San Francisco. 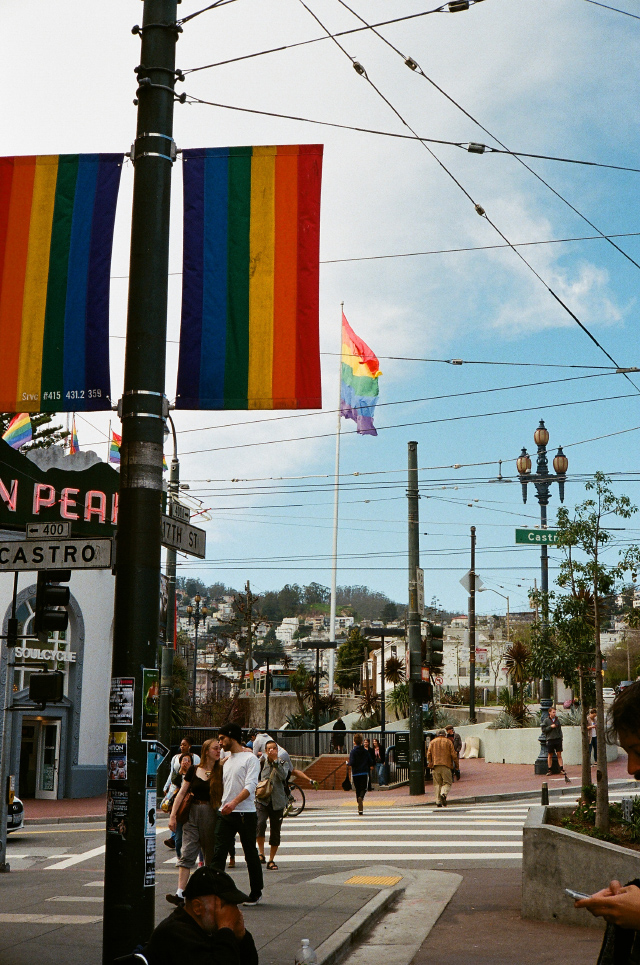 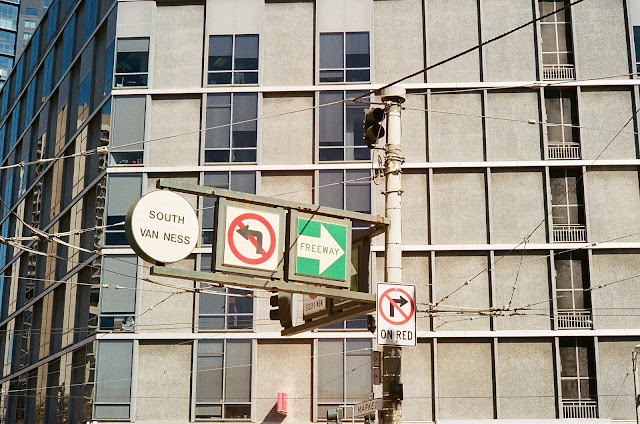 I like how this photo of signage turned out, you can hardly tell that it's not from the 1980s. 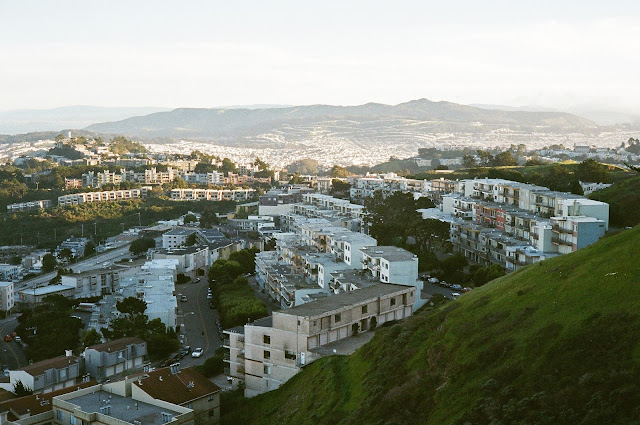 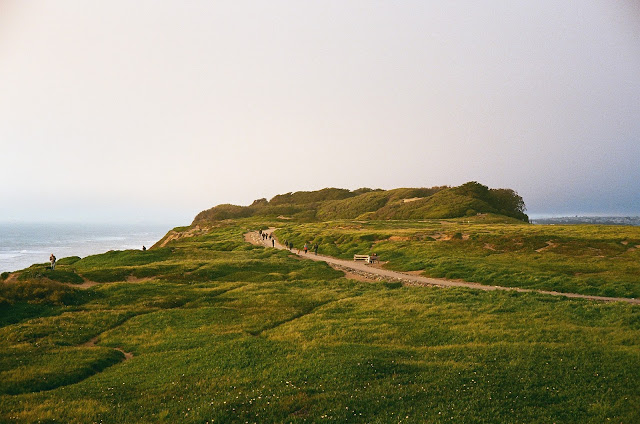 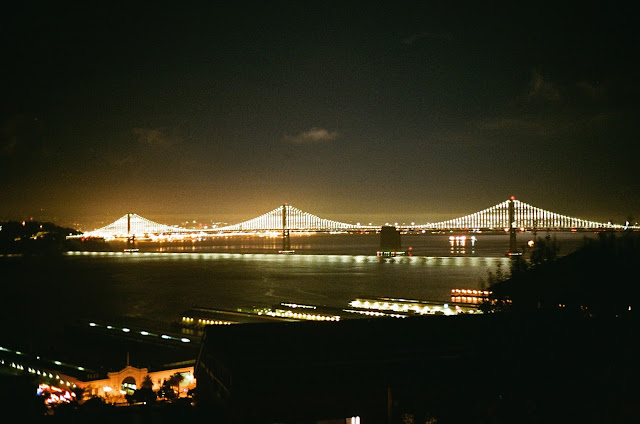 Here is an example of handheld night photography. A little blurry, but not bad at all. 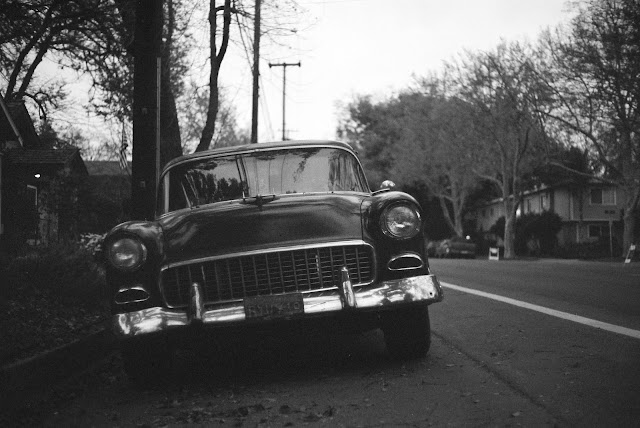 Back in Sacramento again, a city which might as well call itself "old car city" for the number of vintage automobiles lining the city streets. I'm not really into cars, but it is fun taking black and white photos of them. 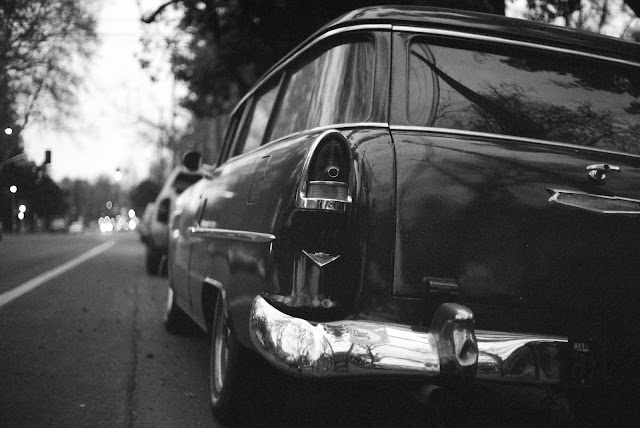 This Chevrolet has seen better days. 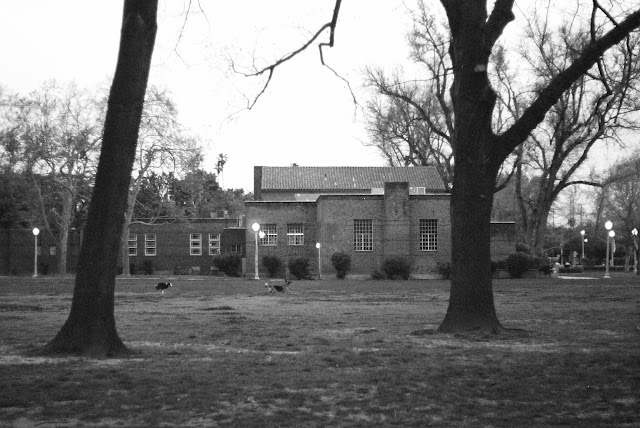 Here are a few dogs playing in the early morning light. 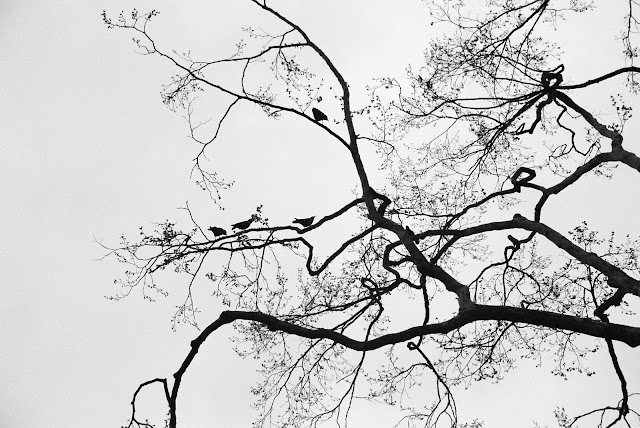 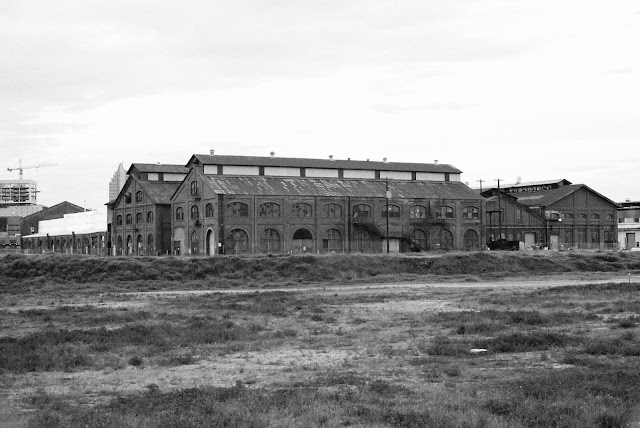 These old brick warehouses have sat empty for years, pending redevelopment. The project has been in the works for over 20 years, but it's supposed to be picking up speed... 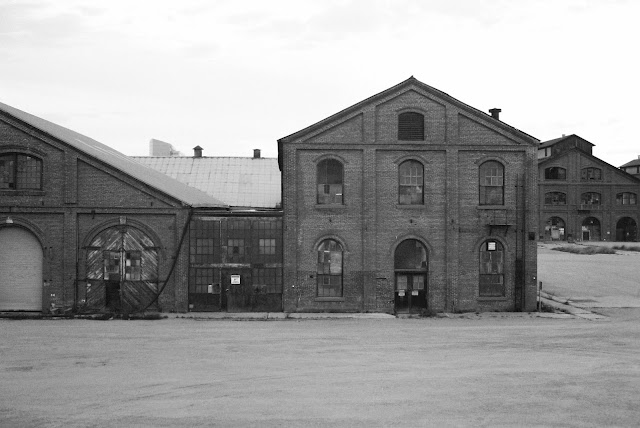 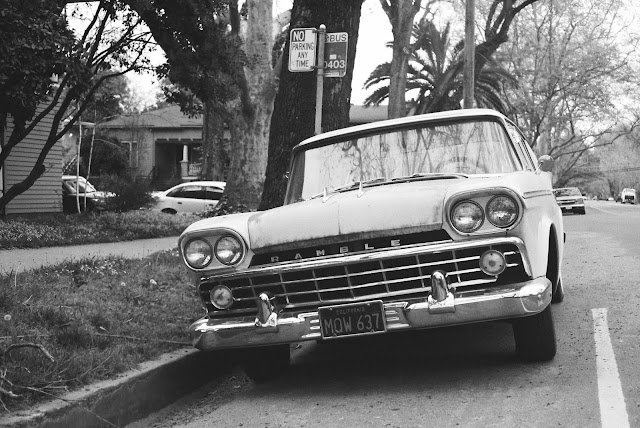 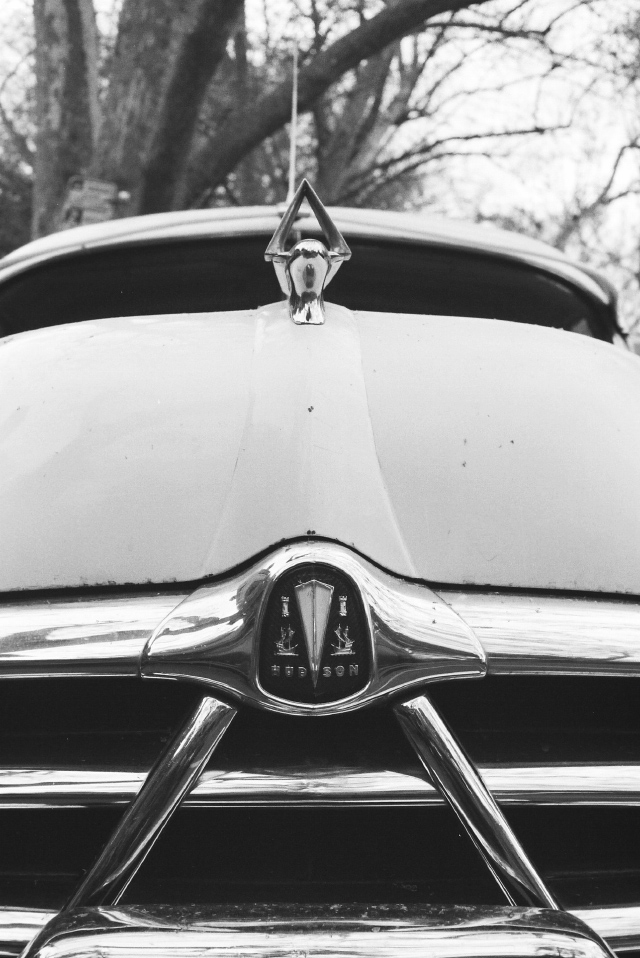 And a Hudson, quite a nice find. 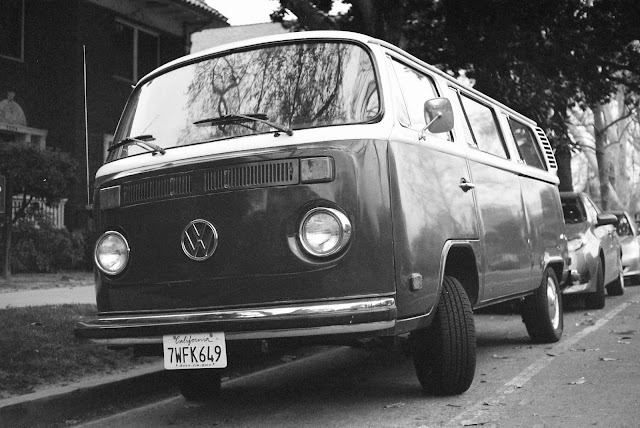 Of all the old cars, though, probably the easiest to find on these streets are old Volkswagens of various types, especially the vans like this one in bright red (not that you can tell). 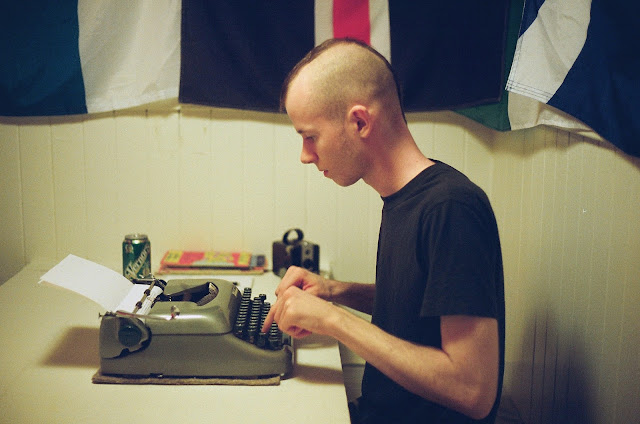 And to finish it off, here's a self portrait to show off its indoor lighting performance. That's my Optima Humber 88.
Posted by x over it at 23:53 13 comments: