Urban Inspection 5: On the other side of I-5 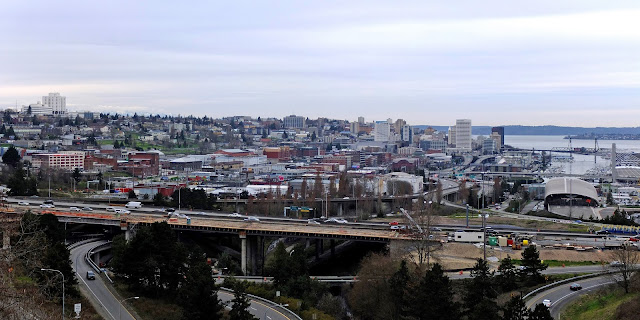 A new bridge is currently being built to expand I-5 and add more lanes. 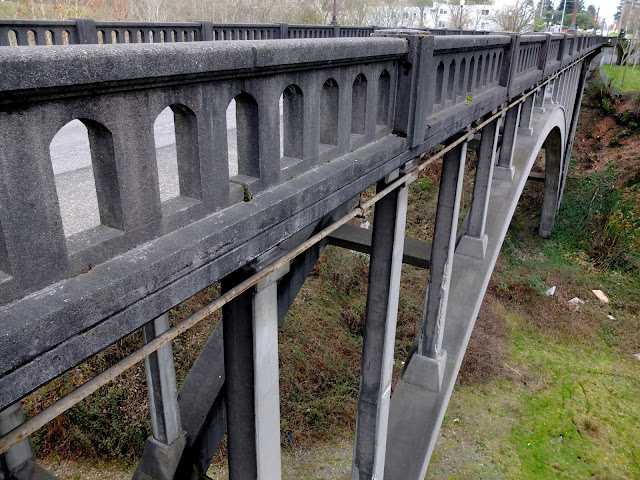 But I prefer these sorts of bridges, not the massive pairs with 5 lanes each. 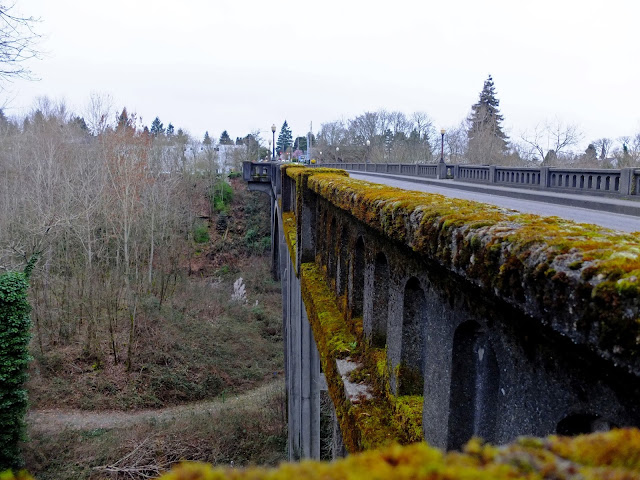 Even better if they are covered with moss! 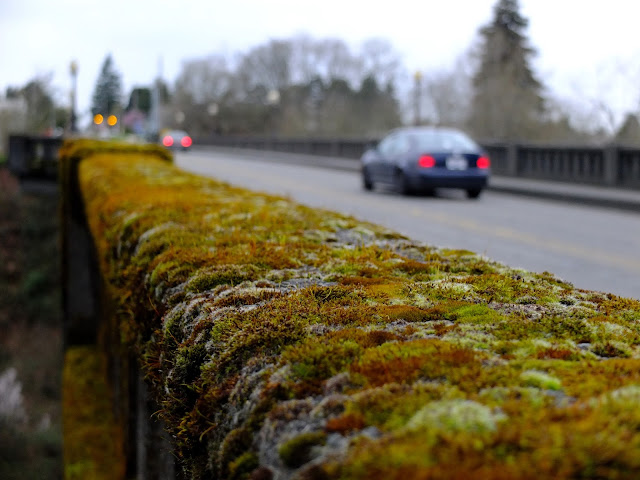 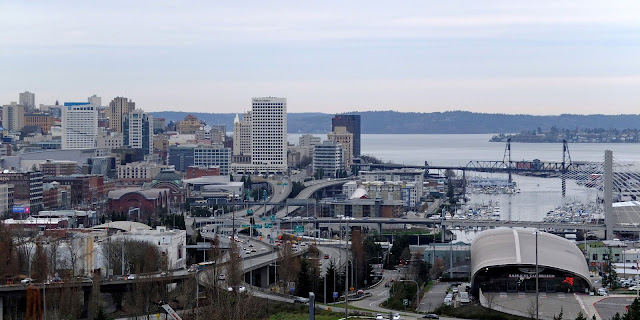 Freeways and their bridges by their very nature split communities and cut areas off from each other. In Tacoma, the "other" side of 5 has a reputation for being more dangerous, cheaper, and less interesting. In my 3+ years here I haven't often gone on the "other side of the tracks" just because there have rarely been reasons to, other than my desire to explore places. 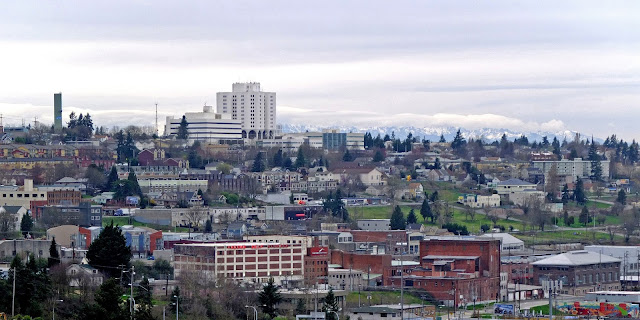 I took these photos of "my" side of town from this bridge just on the other side of the freeway. 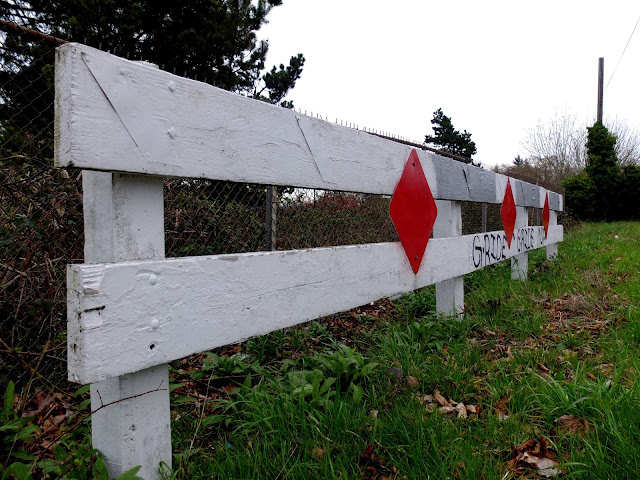 This white-painted fence with red diamonds marks the end of a street which was cut off by the freeway. 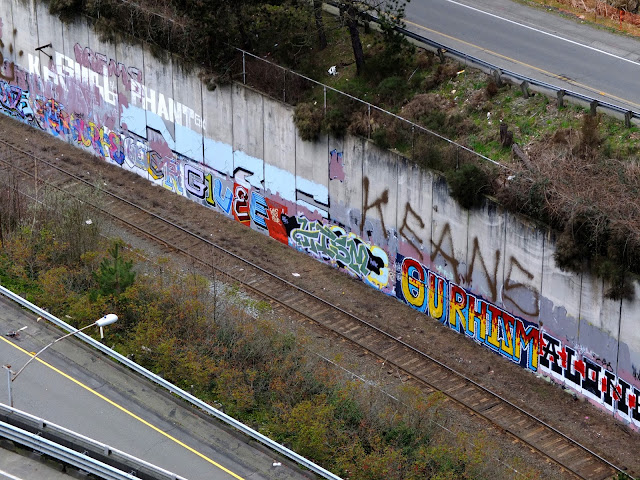 And there was a nice display of graffiti in the ravine beneath the bridge which houses a rail line and freeway extension.

I made a timelapse video, along with these pictures.
Posted by x over it at 19:32 3 comments: