I had some extra time at the airport, so I finished putting together the next part of my East German portable typewriter series. The line of Rheinmetall portable typewriters, unlike the tangled web that is Erika, is very straightforward. Only one model was produced post-WWII, the KsT—a full featured deluxe portable with tabulator. Therefore this post will be much less involved than my posts on Erika and Robotron.


Although I recommended using the serial numbers for Erika and Robotron from Die Entwicklung der ehemaligen DDR-Schreibmaschinen-Produktion, I think the numbers currently in the typewriter database are better than in the named document. Up until 1958, the two lists agree, but after then, they don't line up. The current list ends at 1962 and corresponds well with my photo+serial number research. The DDR-Schreibmaschinen-Produktion list goes all the way to 1966, yet excludes a known serial number (it ends at 601842). Therefore I will ignore this list unless other evidence suggest I should do otherwise.

The KsT was produced from 1931 to 1962 and was based on the Stoewer portable. Manufacturing paused in 1940 before resuming in 1945. In the DDR, the KsT was produced by VEB Büromaschinenwerk Sömmerda. The brand Rheinmetall was used until 1960, and then Supermetall was used until 1962. Changes to the KsT were introduced incrementally, and I will attempt to arrange the developments in chronological order here.

All of the pictures in this post have been found on the internet and come from the collections of Richard Polt, Rob Messenger, Vilhelm Dromberg, myself, and other typospherians, as well as current and ended online auctions, and are presented purely as examples essential to this post. No infringement intended.


The first post-war Rheinmetalls continue the same design from before the war. They seem to have not been made in some of the same extravagant color schemes from the 1930s, although I may be wrong.

The first major update to the KsT was introduced around 1950, with the addition of a more modern, streamlined ribbon cover. The main body and carriage appear to remain the same in this update. Originally the decals were green and gold.

Later on, particularly attractive silver and blue decals were used.


Rheinmetall KsTs made soon after the war were assembled and rebranded as Commodores. This entire situation is explored in depth on oz.typewriter. 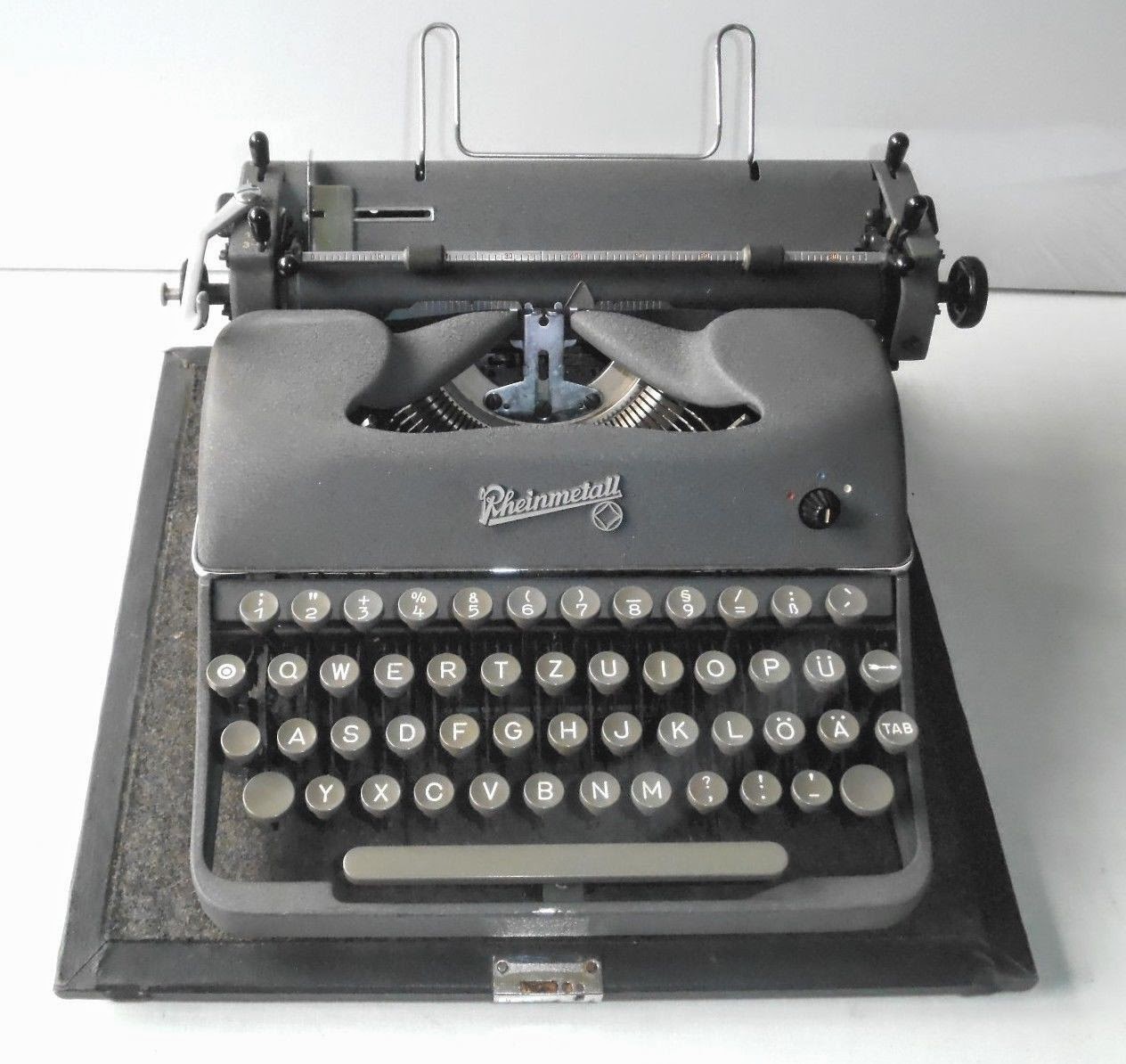 The final version of this body style uses crinkle paint and lighter colored keys, with a raised nameplate rather than a decal as would be used on future Rheinmetalls.

Only 5 years later, the body style that is most often seen was introduced. I personally think this version of the Rheinmetall is one of the more attractive typewriters produced, and the wide array of colors offered (opposite the limited blacks and greys from before) only adds to the appeal. 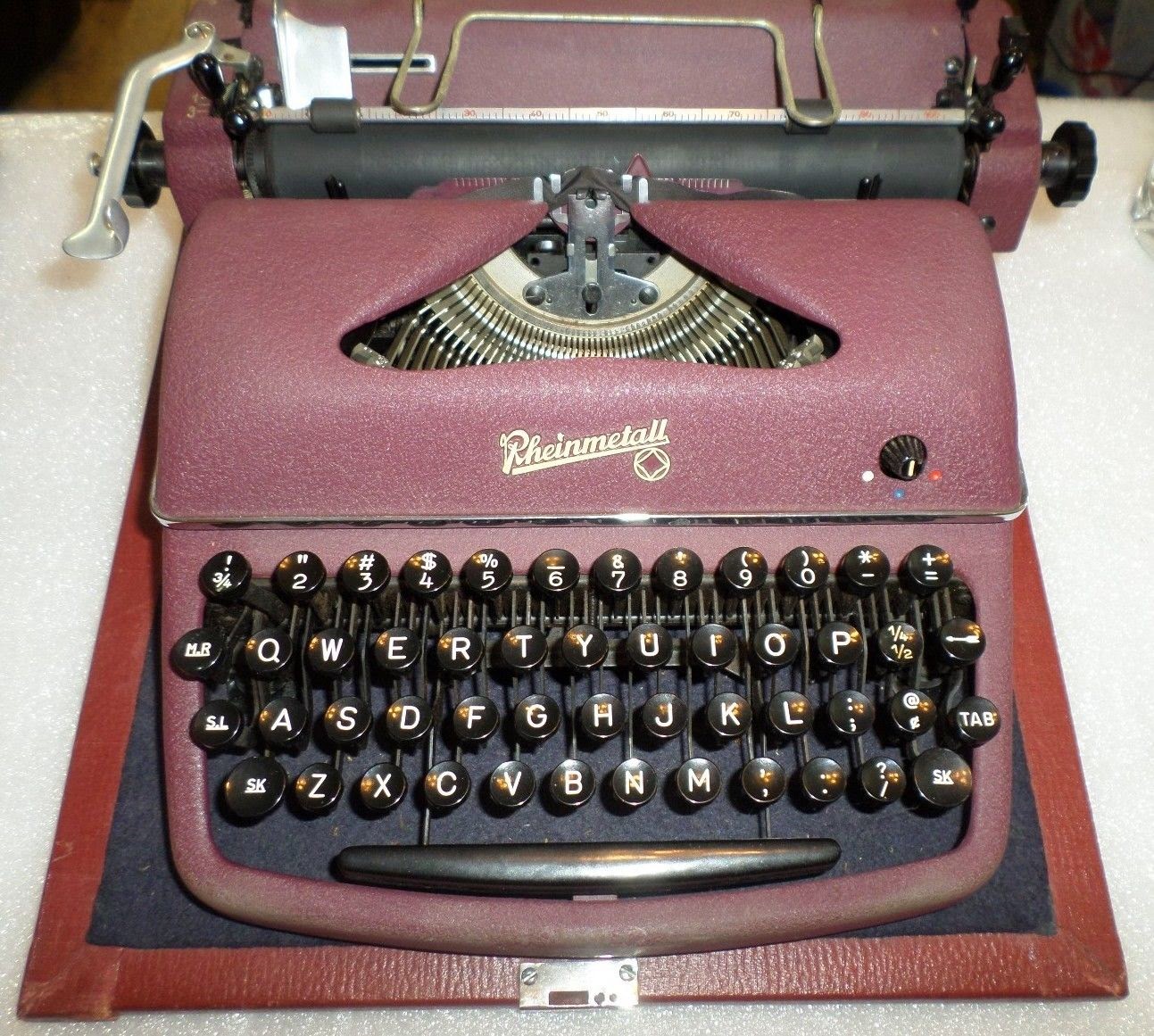 At first, the Rheinmetalls in this new body style had the same old style circular keys and were offered in crinkle and gloss paints. 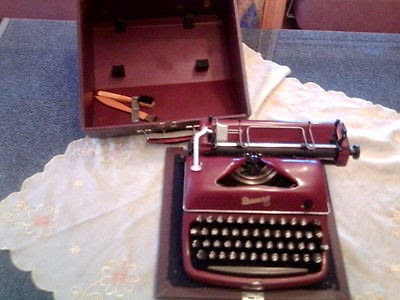 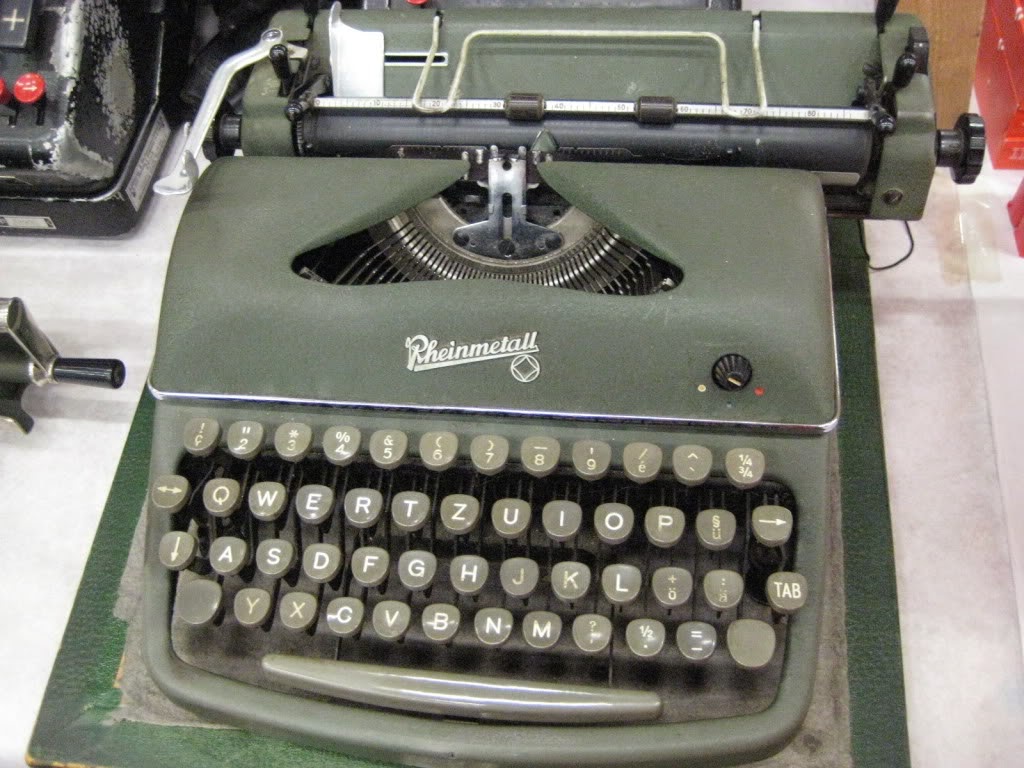 In 1954 or '55 the more top-heavy oval keytops were introduced, the rest of the typewriter remaining the same.


Between 1955 and 1956, the ribbon color selector was moved to the more conventional side location. 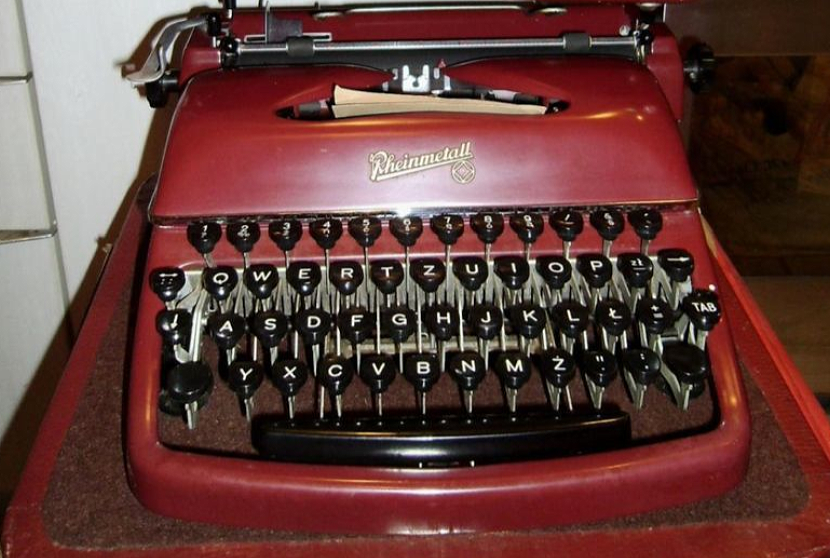 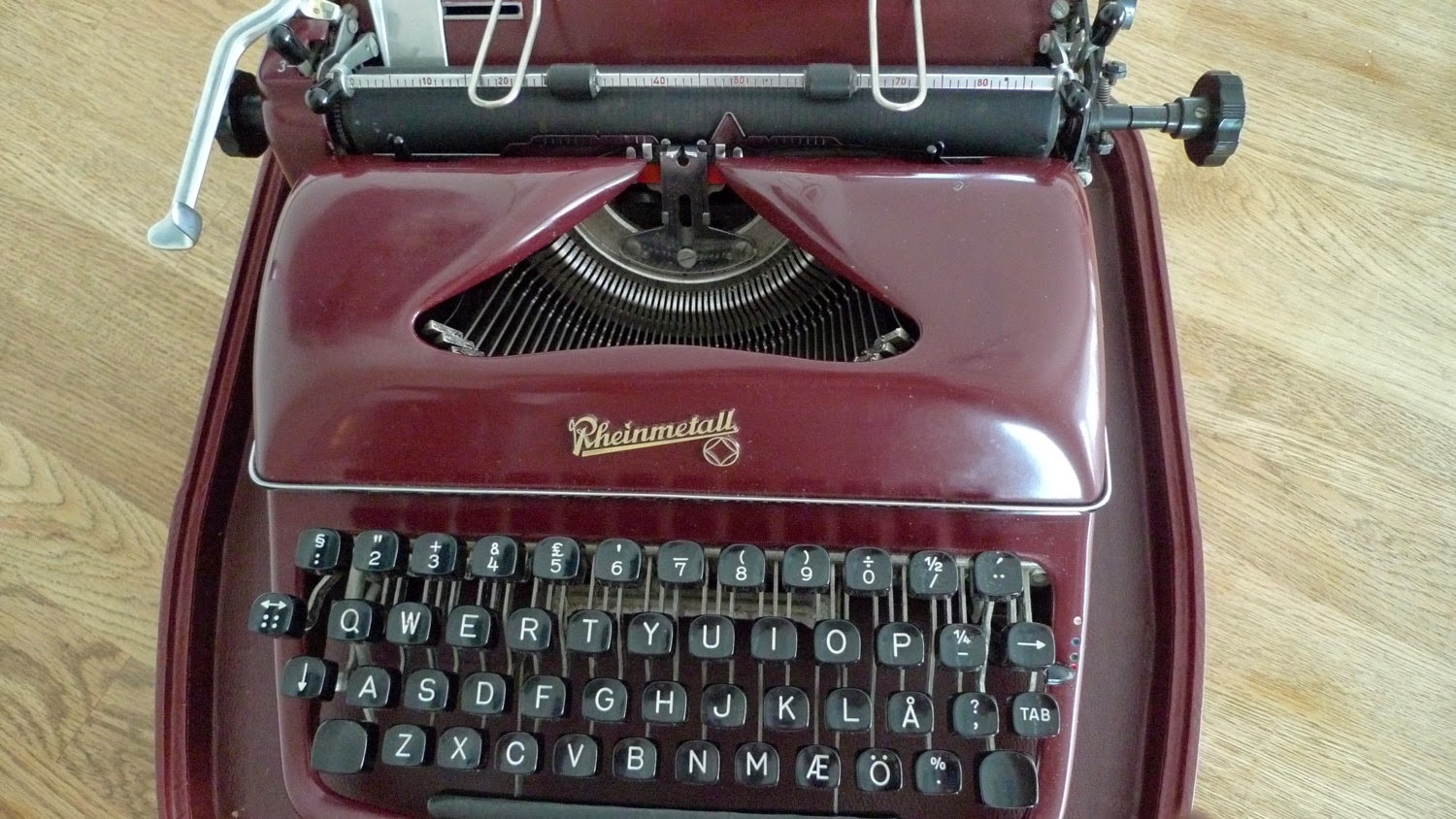 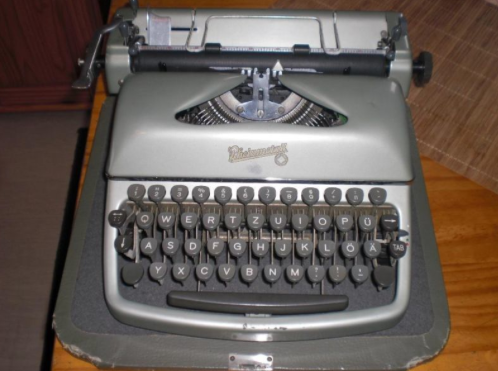 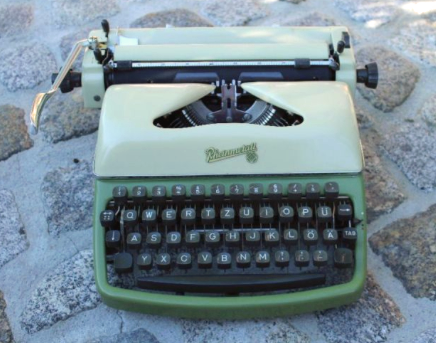 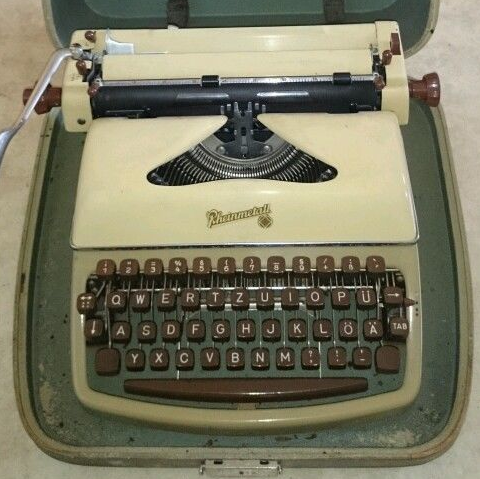 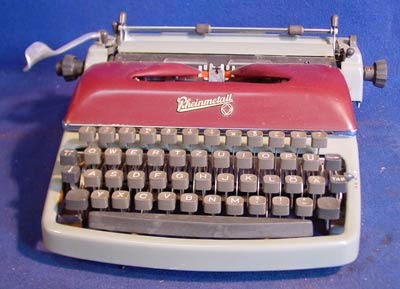 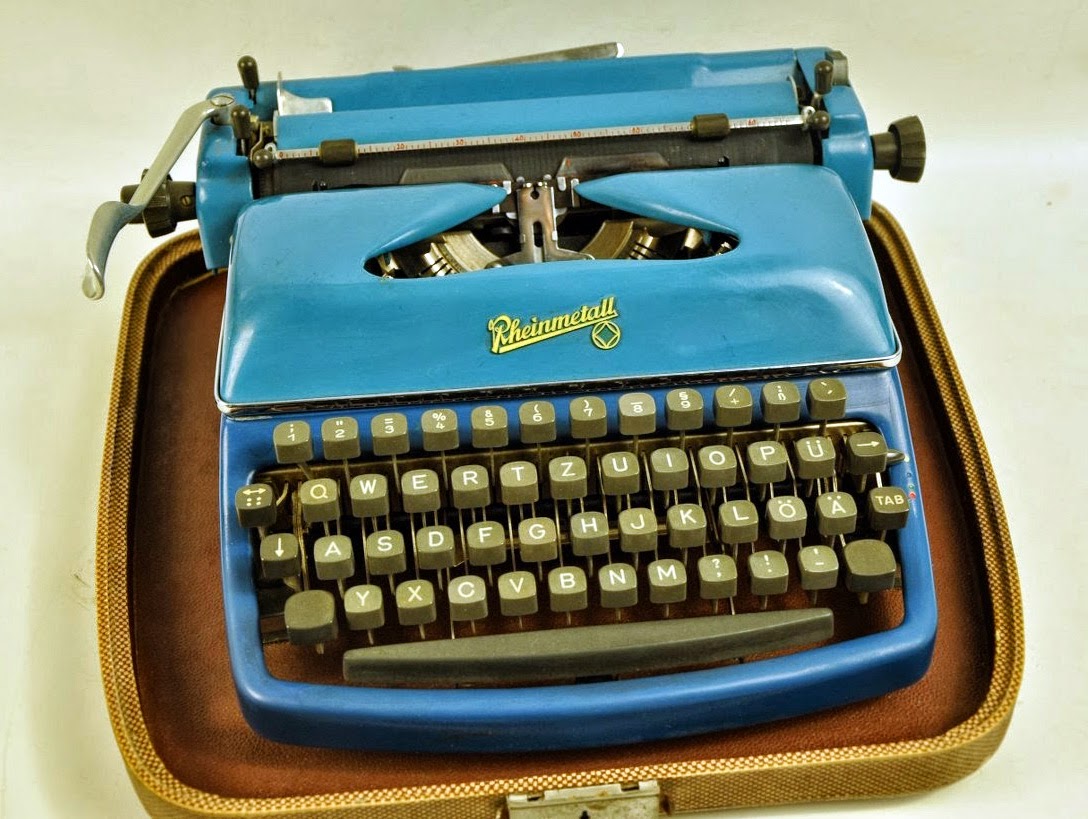 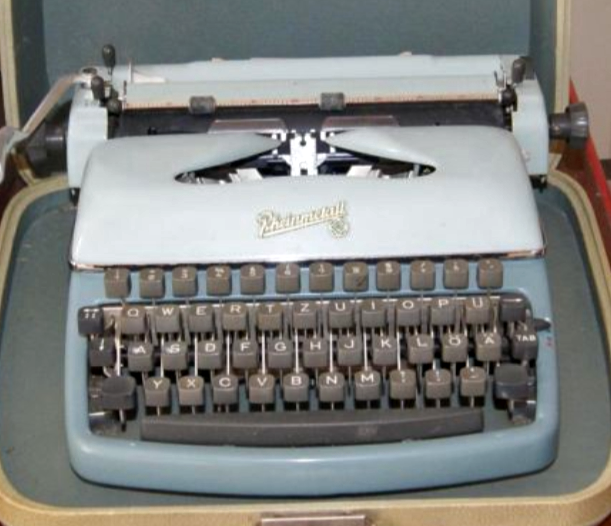 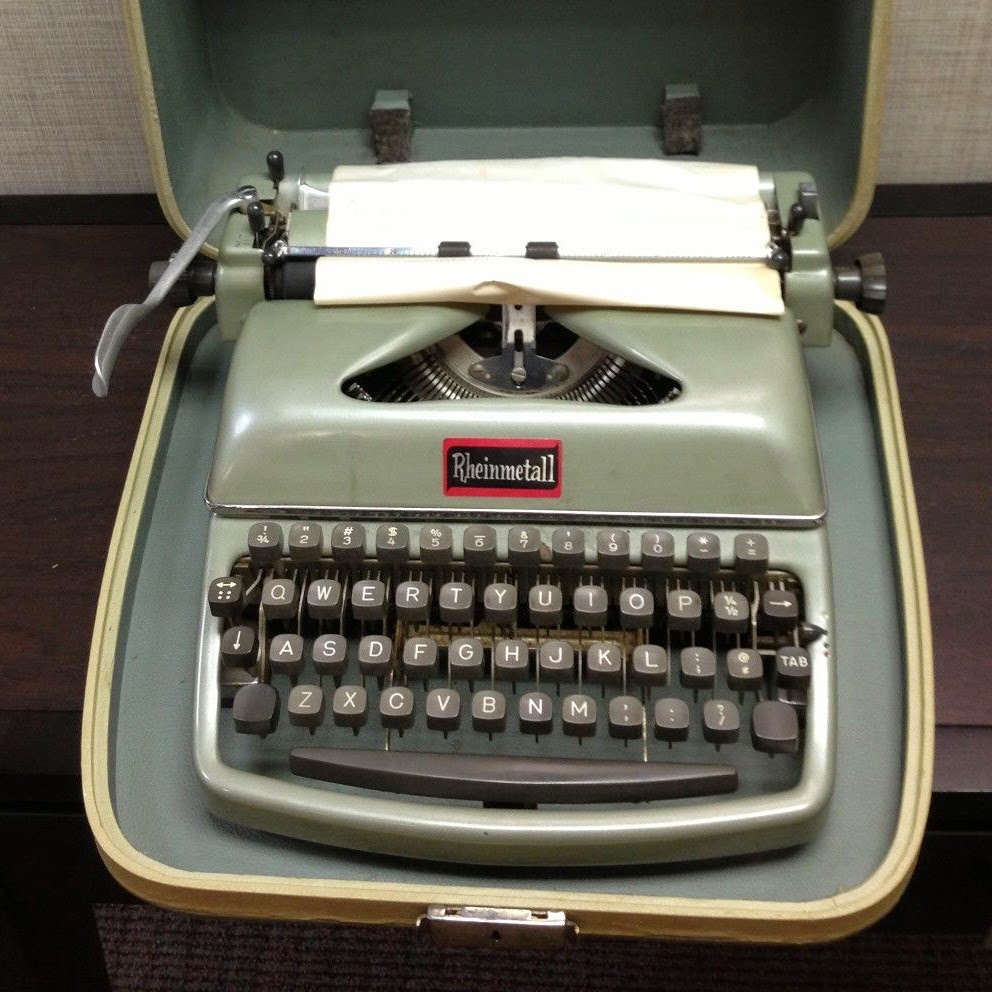 There exist a few interesting variations on the Rheinmetall, notably this one with a sticker rather than the normal plastic nameplate. The Rheinmetall logotype on the sticker doesn't match one I've seen anywhere else. 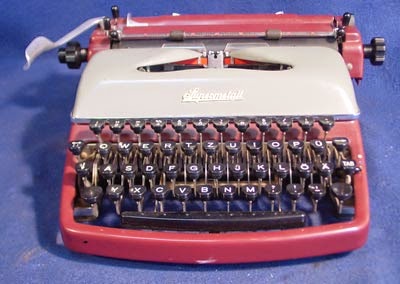 Based on information found on this website about the history of the VEB Büromaschinenwerk Sömmerda, manufacturer of the Rheinmetall typewriters as well as mechanical calculators and other office machines, the Rheinmetall name was replaced with Supermetall, and then in 1962, Soemtron. The 1962 name change reflected the move towards electronics production, and marked the end of the KsT line of typewriters. 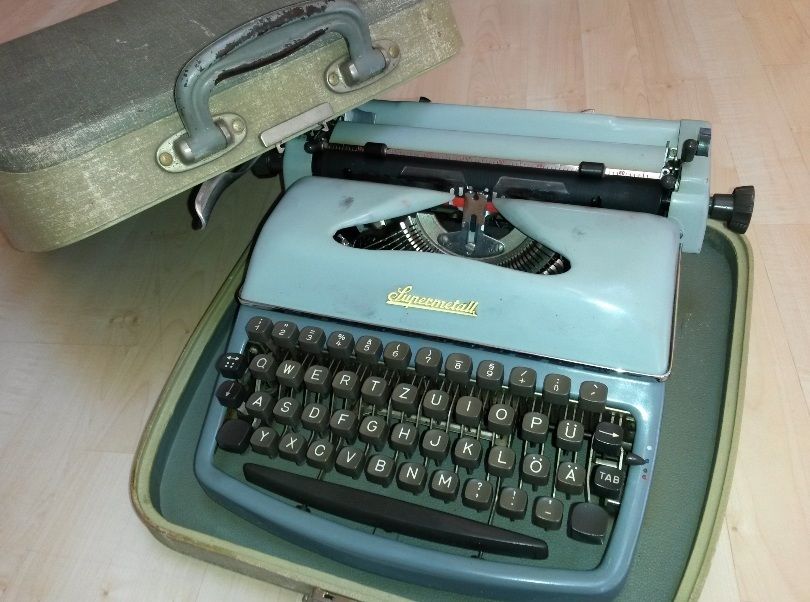 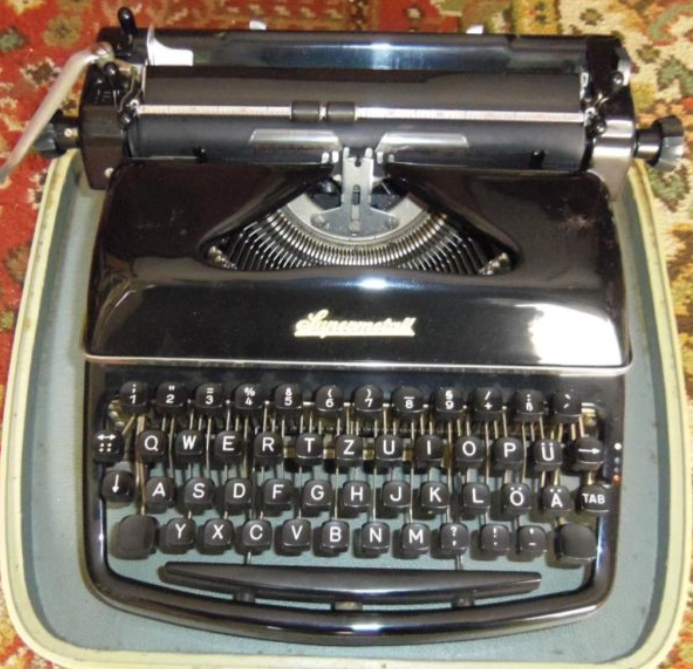 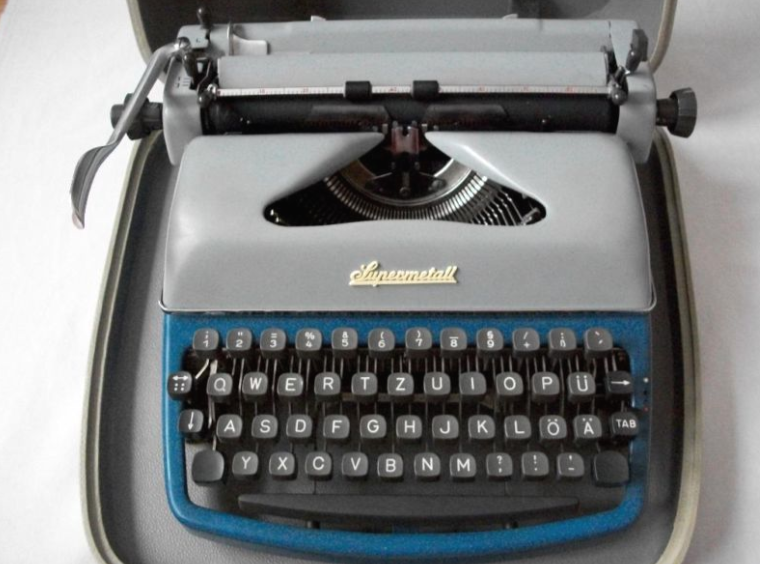 Below is a Referent Super, located in France but with a German keyboard. 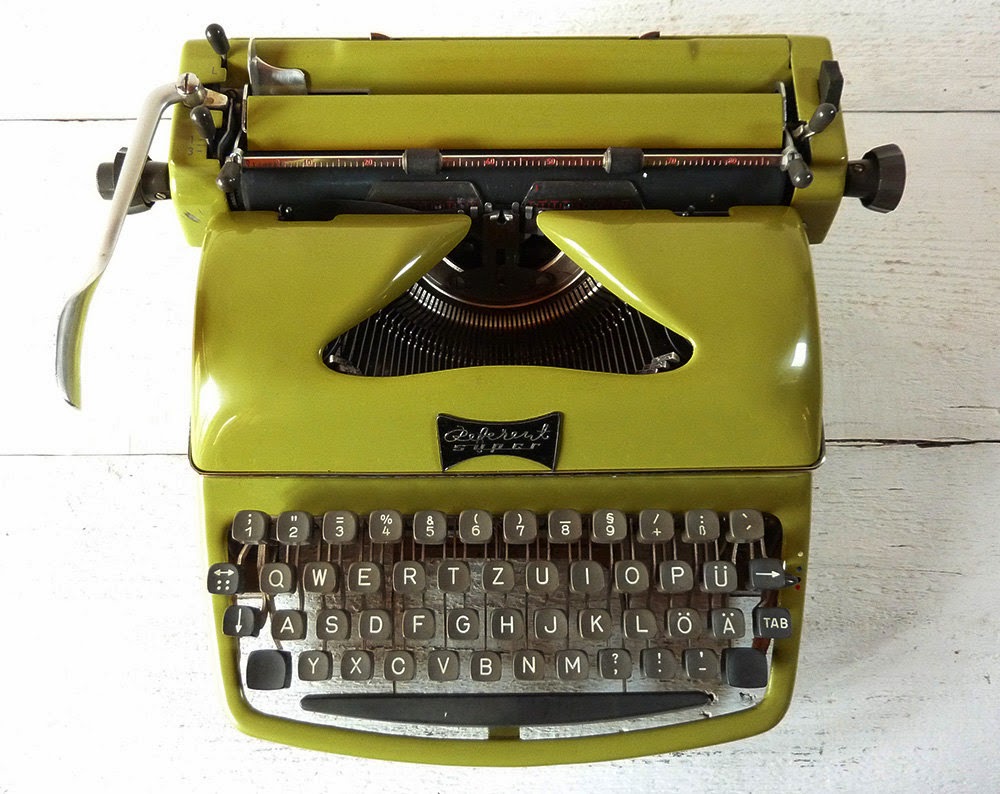 Aztec was a name used to export Erikas and Rheinmetalls to the US in the very early 60s. These are the 3 color variants I have seen. 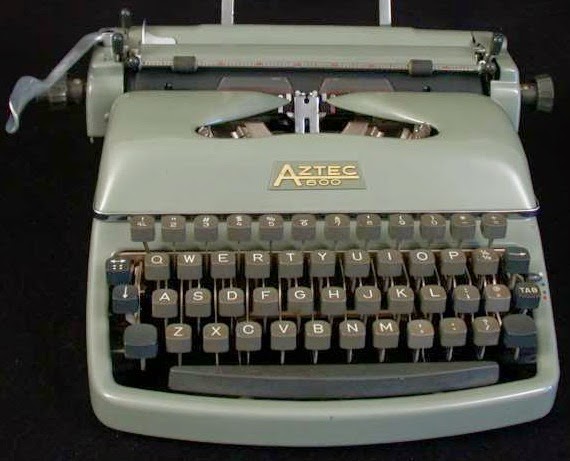 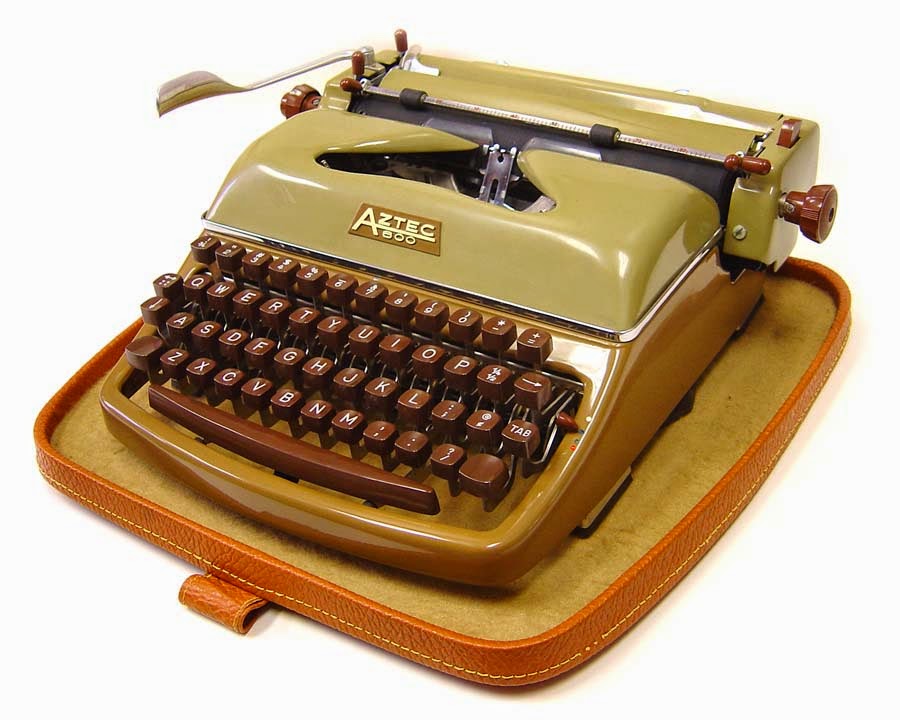