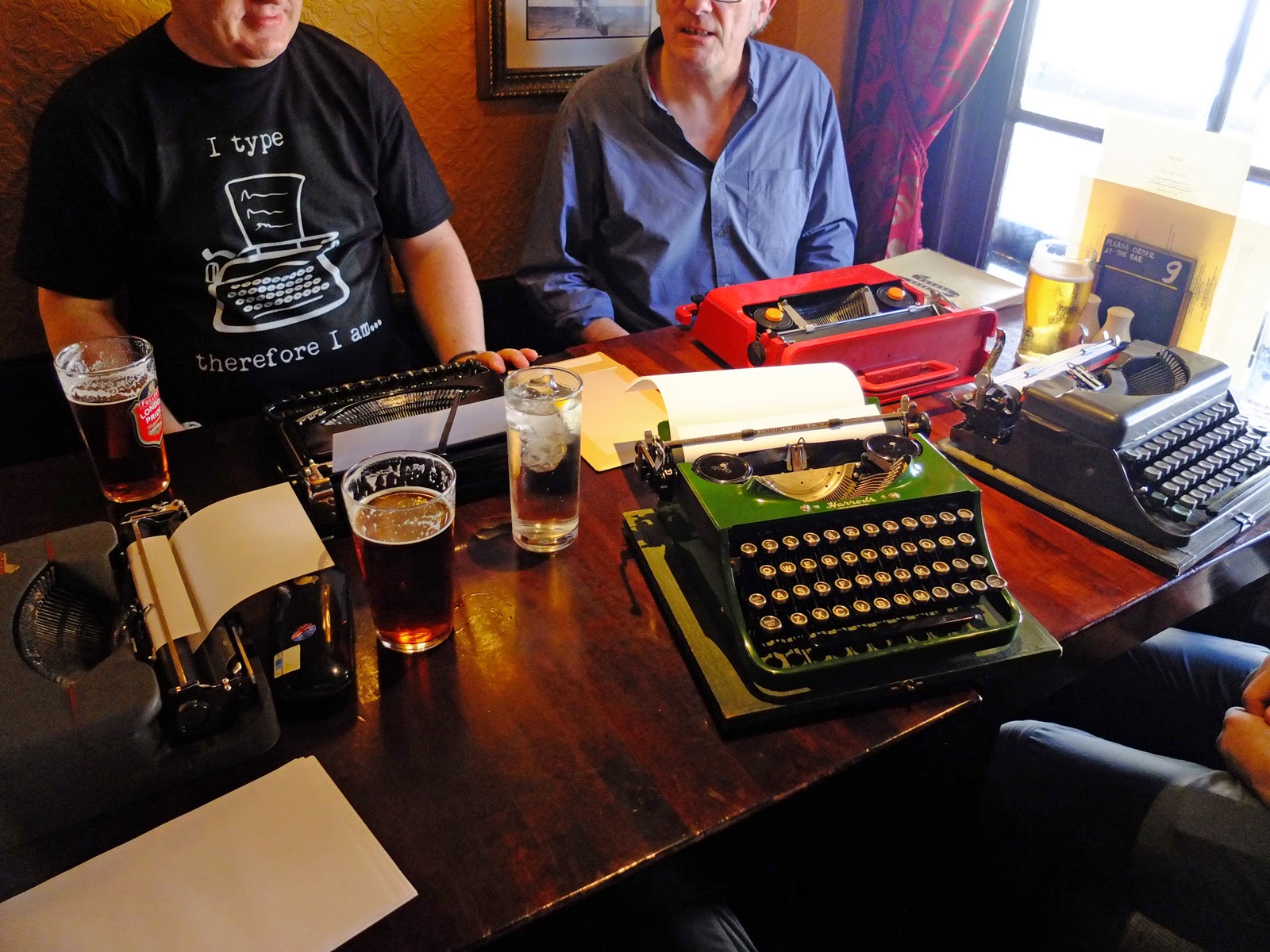 There's not much I can add to Rob and Piotr's accounts of Sunday's type-in, so my post will mostly be photographic, and I'll look at the individual typewriters used. I've also included a scan of one of the pages that got typed during the type-in, on the Harrods. We shuffled them around a bit so there are words from most of us. 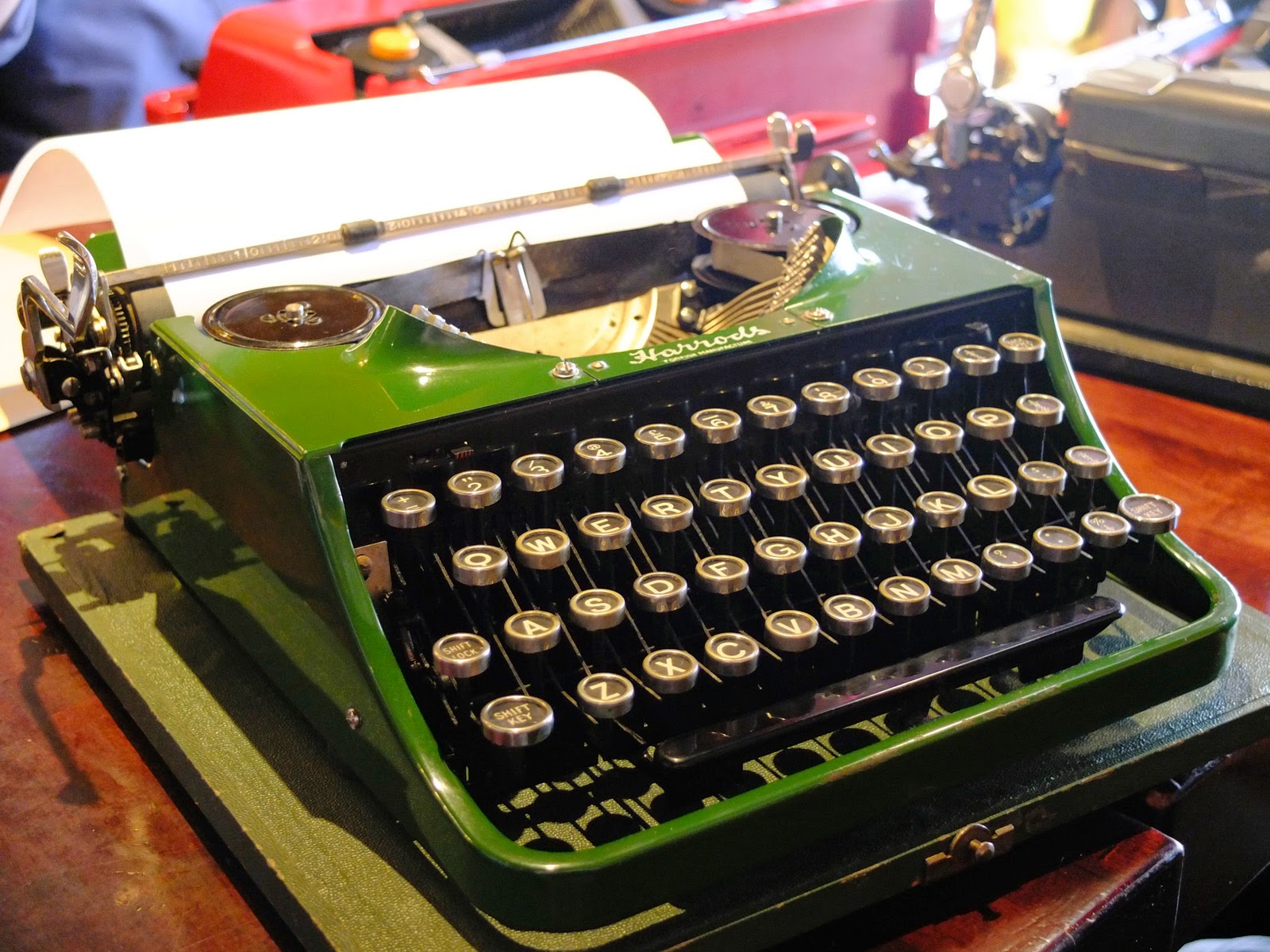 The Harrods is an absolutely brilliant machine. I wasn't sure what to expect, given my love of late 1950s Torpedoes, with this being from the early '30s. It had a professional servicing before I bought it and it shows. 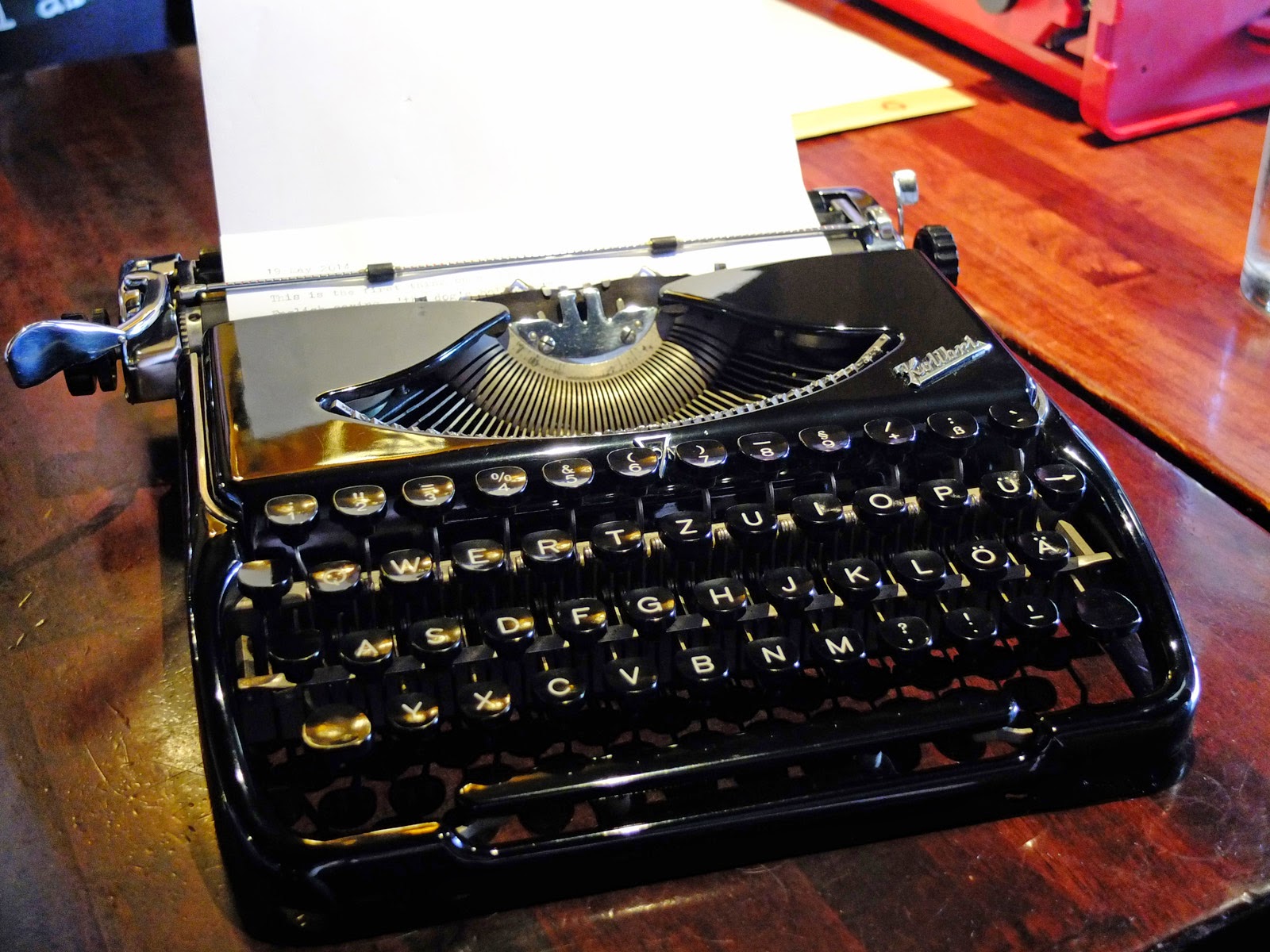 The first Kolibri I've ever used—the East Germans once again made an engineering marvel built up to a standard rather than down to a price. (Sorry, Empire Aristocrat) It came with this lovely green ribbon spool. 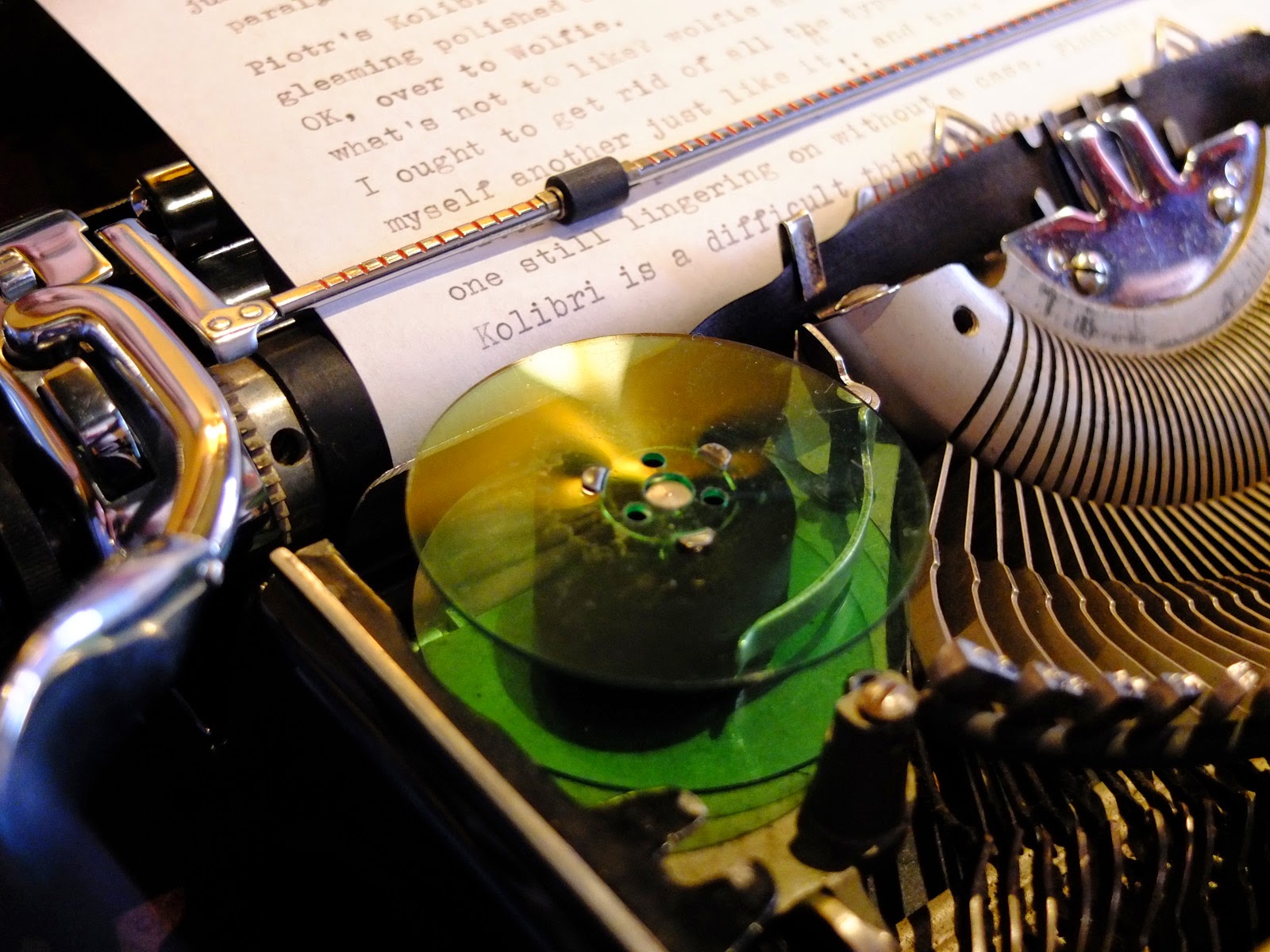 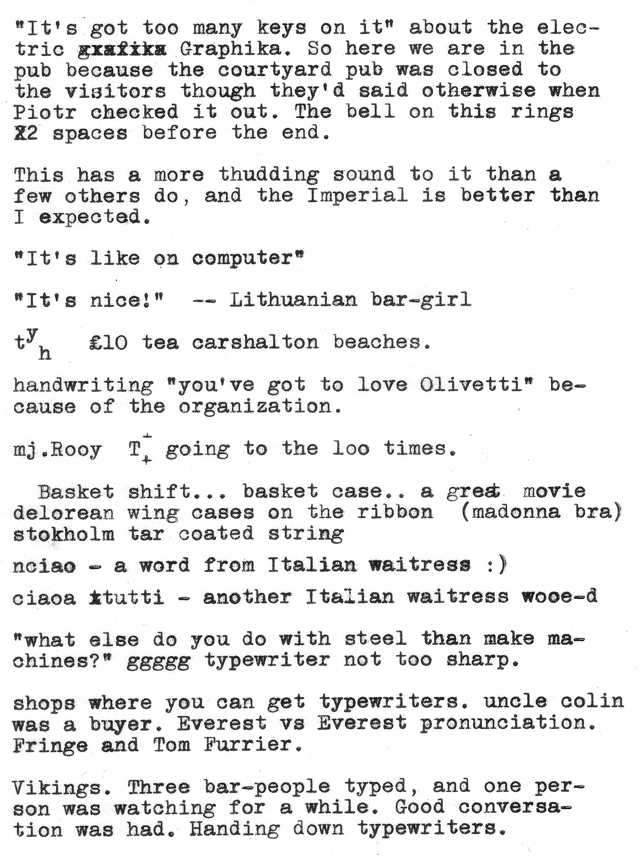 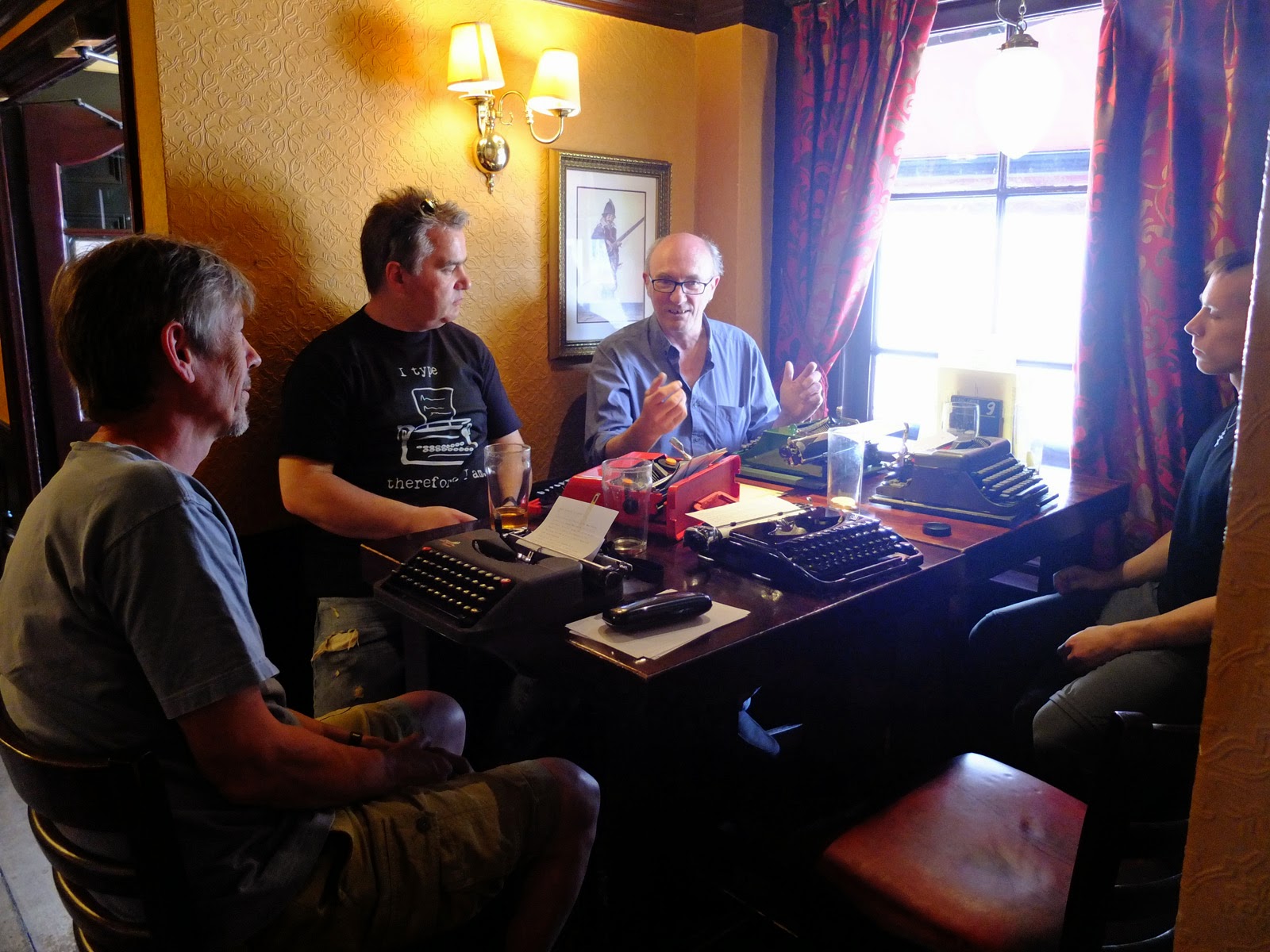 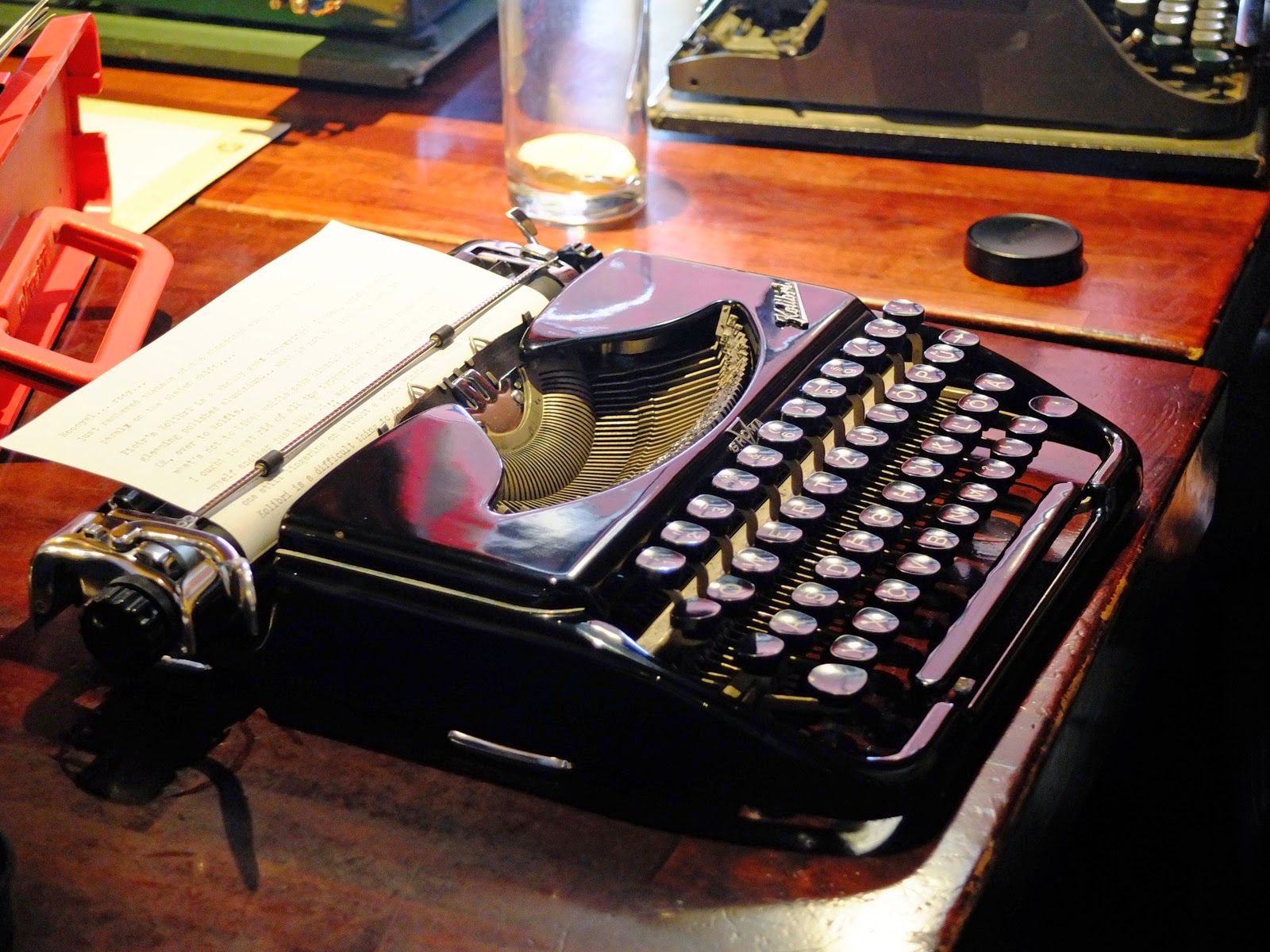 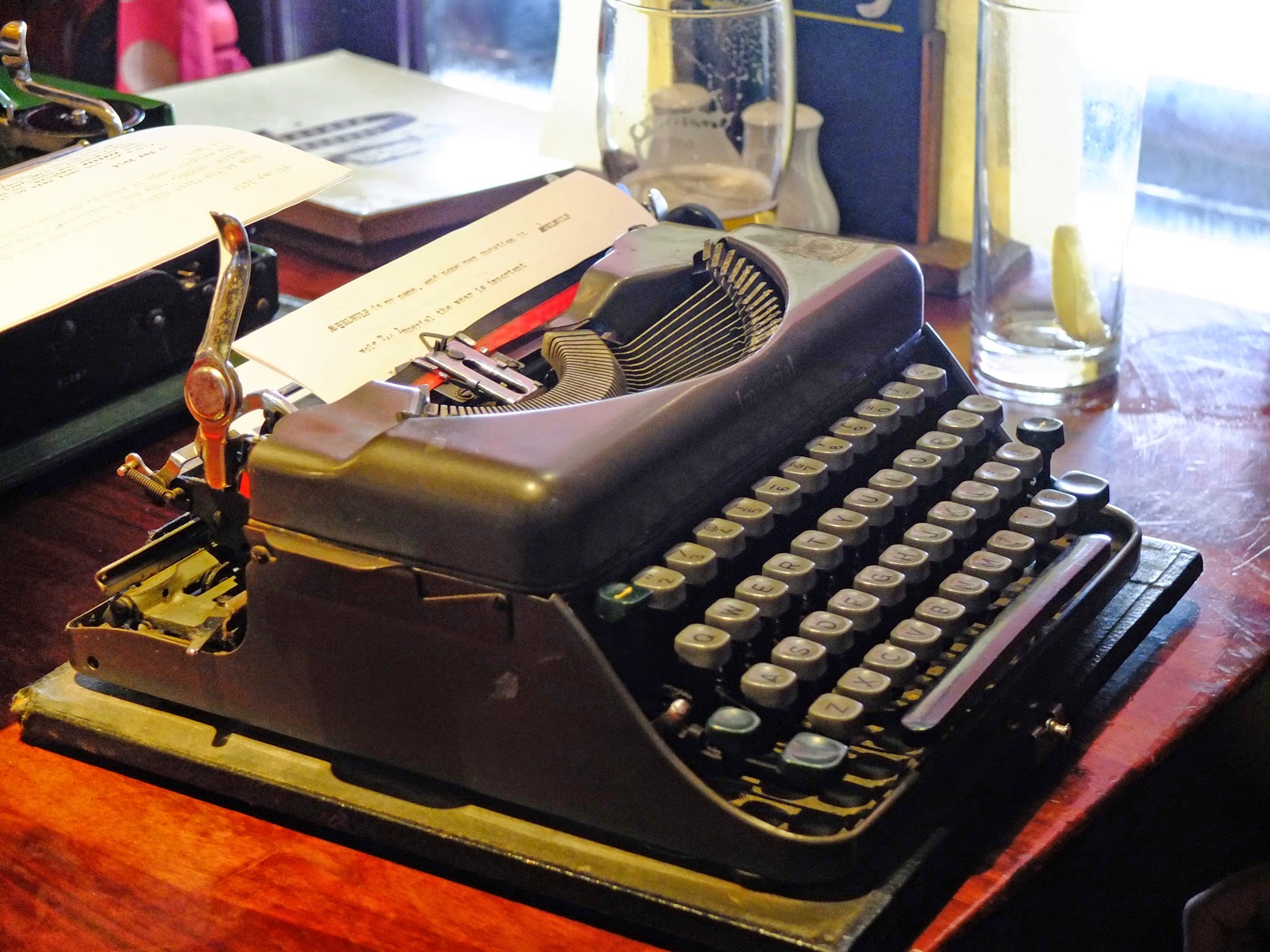 The Imperial needs a bit of work and cleaning up, but it still exceeded my expectations and I'm quite impressed with the touch. 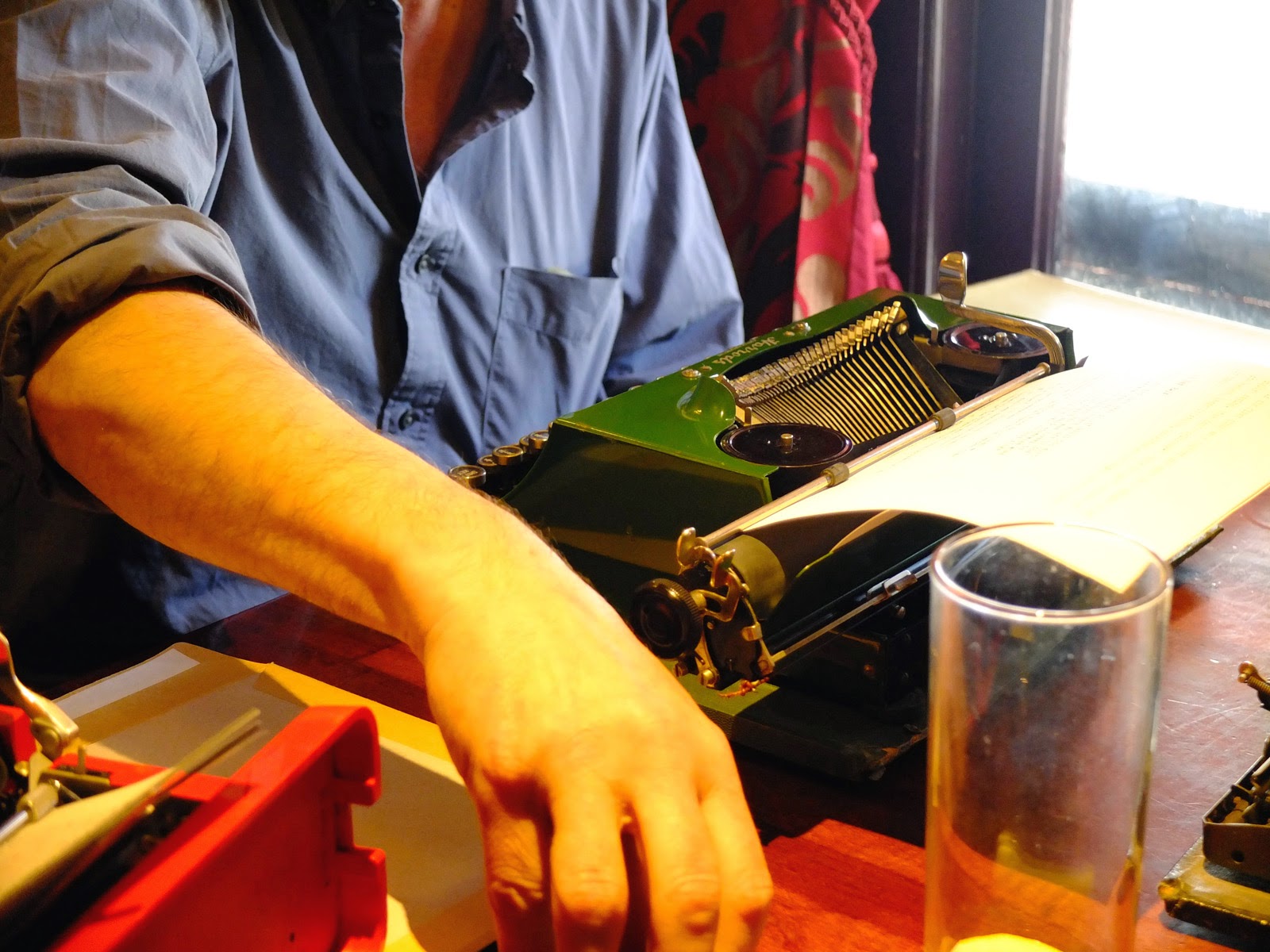 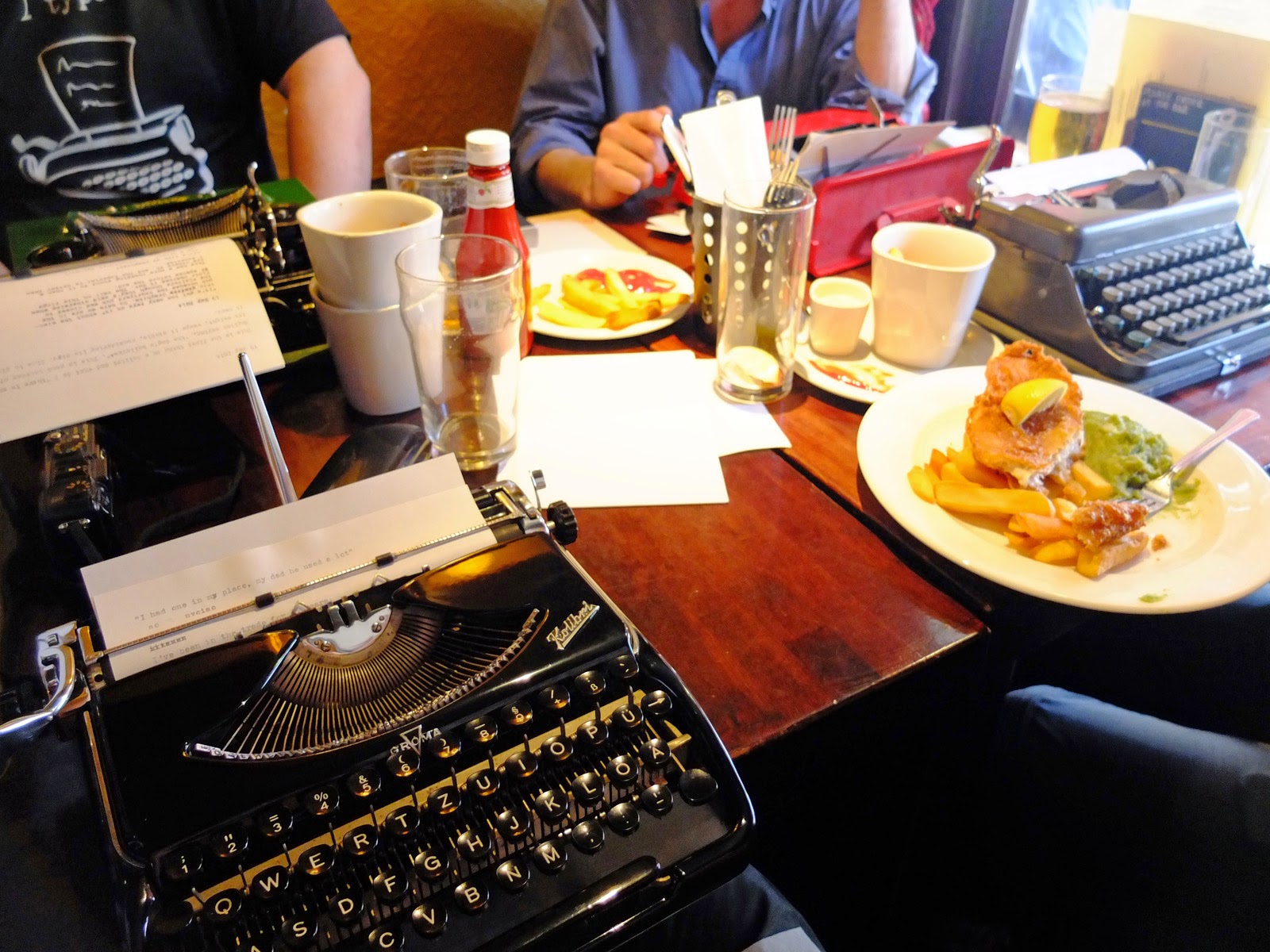 The chips were rather good, too. The conversation was, of course, even better. Even though it's the only type-in I've been to, I'd say it's the best kind—informal and with food.

Sent from my Harrods Torpedo
Posted by x over it at 00:28