The collection has grown to 75 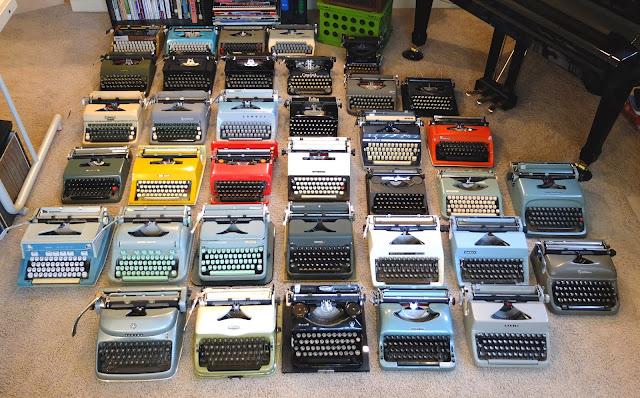 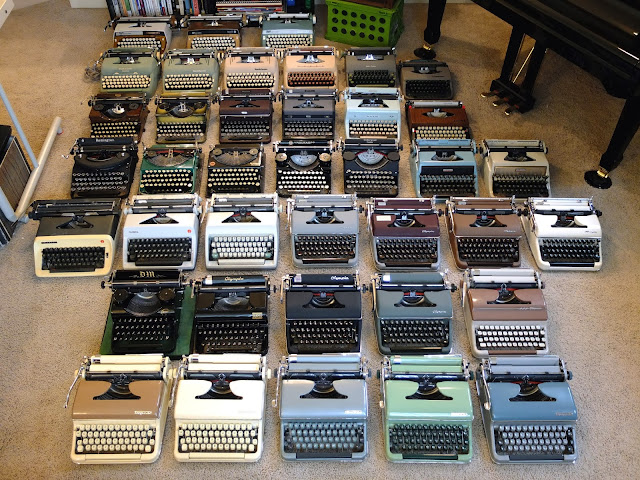 That's a lot of portable typewriters! This was the first time I had to split my collection into two groups to photograph them all! I grouped them by brand name roughly alphabetically. This, of course, brings to attention an interesting fact. 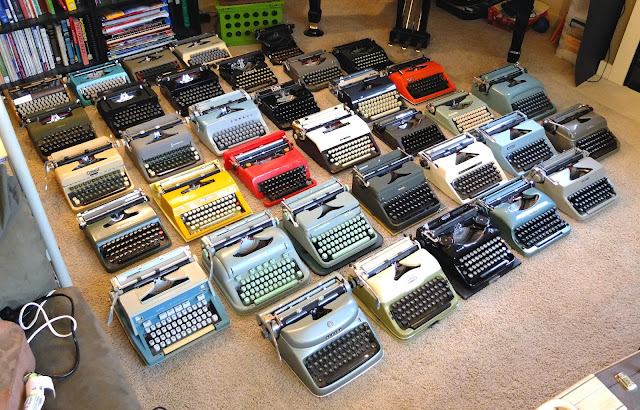 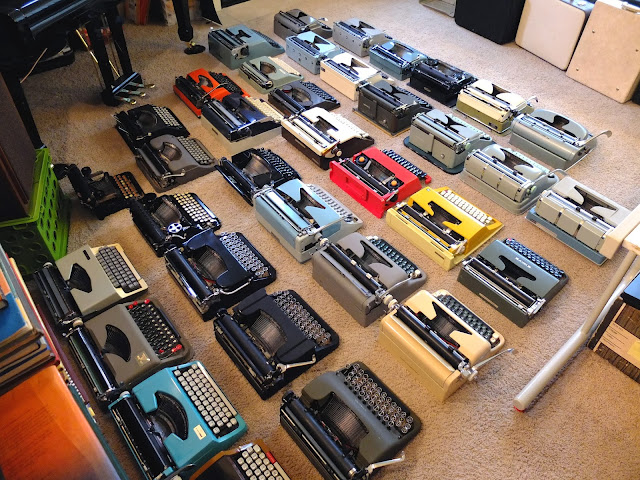 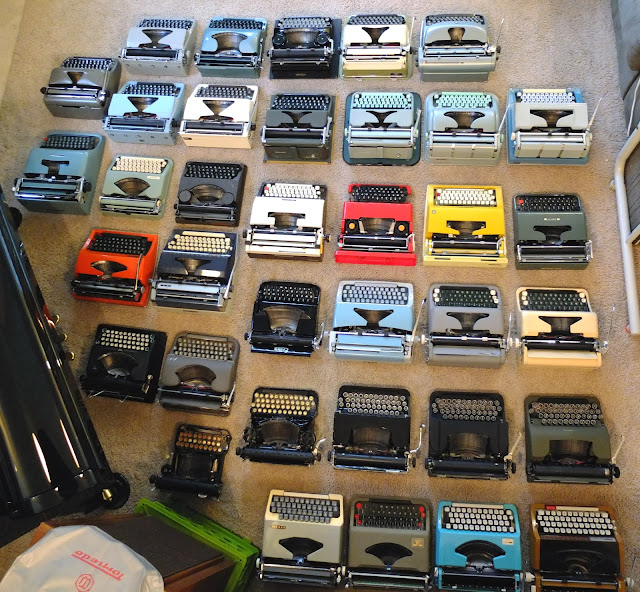 The first half of the alphabet contains many more typewriter brands/manufacturers than the second, but at least in the United States, they are far less common! The second half of the alphabet, on the other hand, only contains a few brand names but most of them are plentiful here. 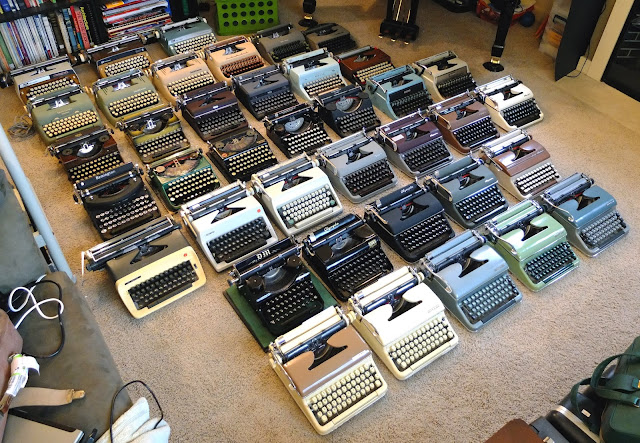 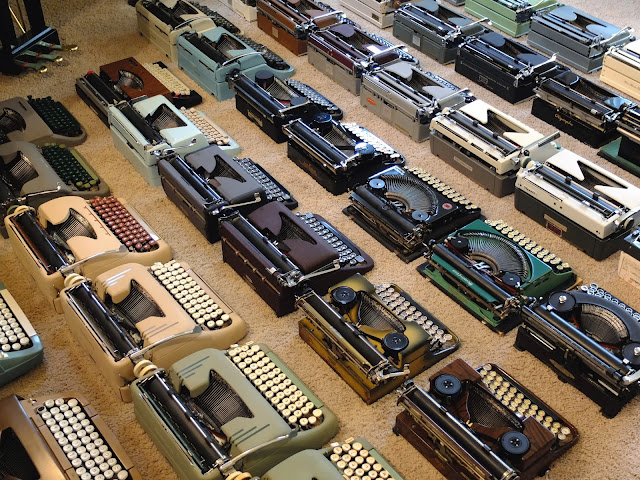 You might notice a few typewriters in this group that I haven't mentioned before. This is because I have 8 typewriters that aren't fully functioning and need something major fixed with them (carriage problems, loose typeslugs, etc.) I plan on keeping them and hopefully fixing them myself or else getting them fixed, and then that's when I'll give them a proper reveal. There are also 2 machines that haven't had their chance to shine yet due to recent aquisition-ness. 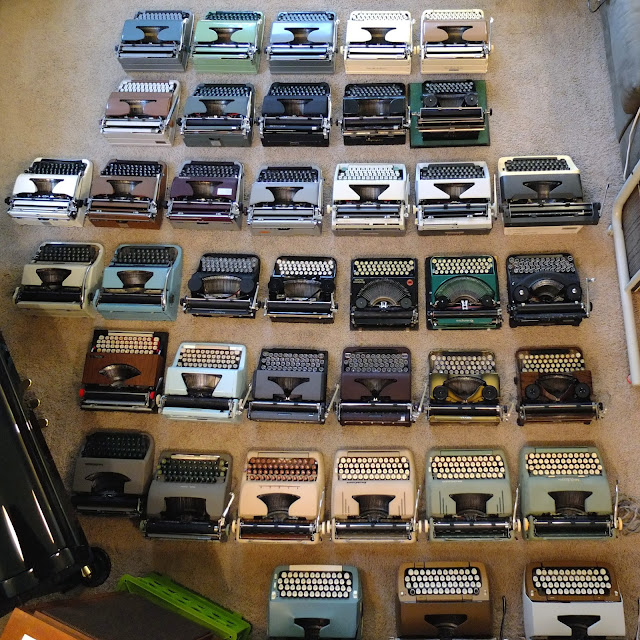 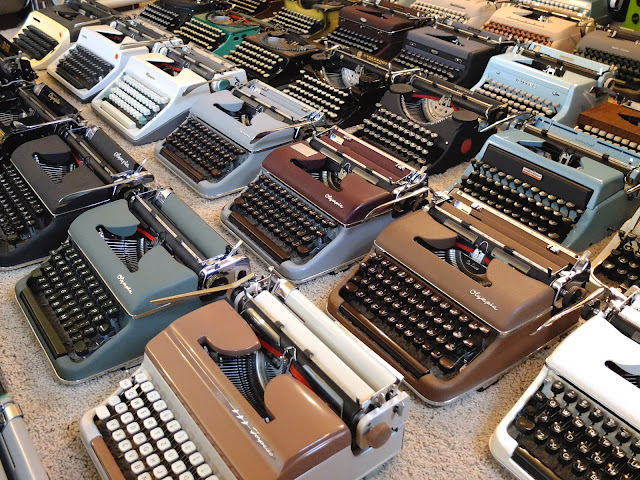 Going through my collection like this has prompted me to reconsider how much I want certain typewriters, and I have a few that I'd like to sell to fellow typospherians at decent prices or else an agreeable trade. These are nice machines that I like, but know they'd be better off in another home. At the same time, I don't want to put them on eBay because I kind of want them. If nobody wants them, I'll probably keep them for now. :) Keep a lookout for a post in the near future for details!
Posted by x over it at 22:41