Typewriters at the SFO Museum 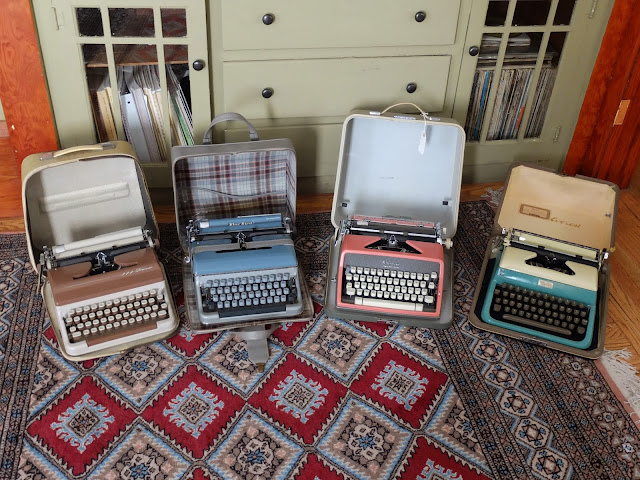 I was contacted by the SFO Museum because they wanted to add some color to the mid-century section of their upcoming typewriter display (May 2017 to January 2018 in Terminal 2, if you're curious). They chose these four, along with two change-a-type kits. 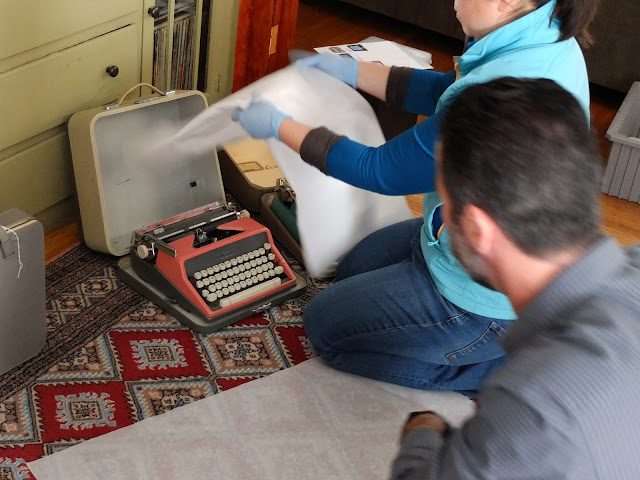 At the end of last month, Daniel and Alisa made the drive from San Francisco to pick them up. We'd discussed by email the possibility of including my Moskva 4 in the international display as well, but space constraints prevented it. 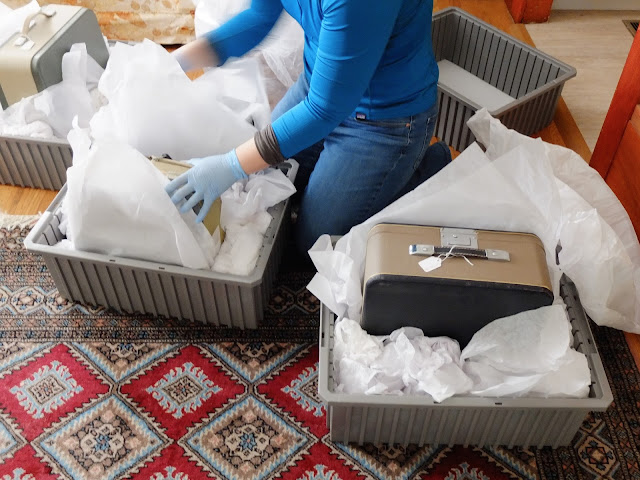 But, after showing it to them, we decided I'd loan it to them and they'd try to fit it in anyway! Fingers crossed the space can be found for it! Many years ago (way before I started this blog) I'd had the idea to set up a typewriter display in my local library, but it never materialized. So I'm glad to finally be able to do something like this. 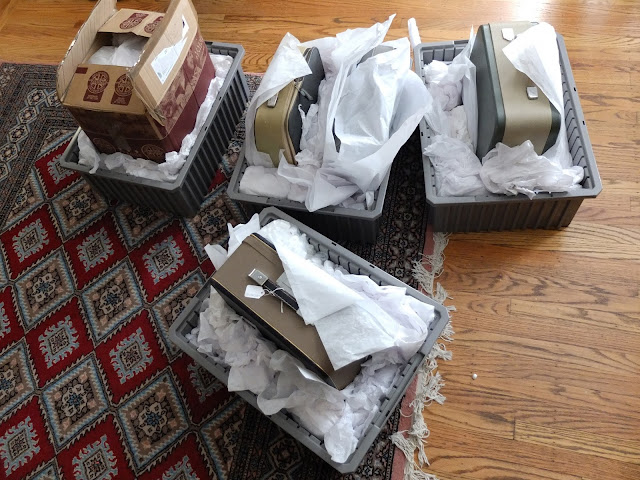