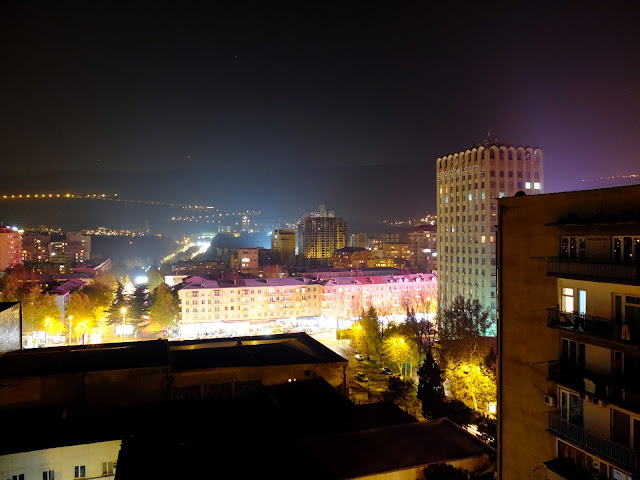 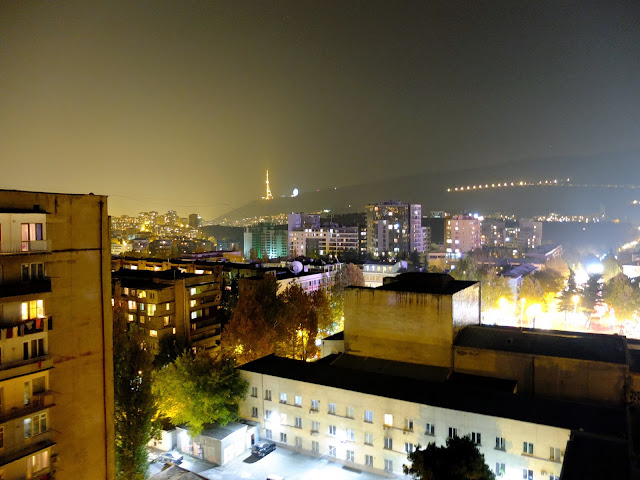 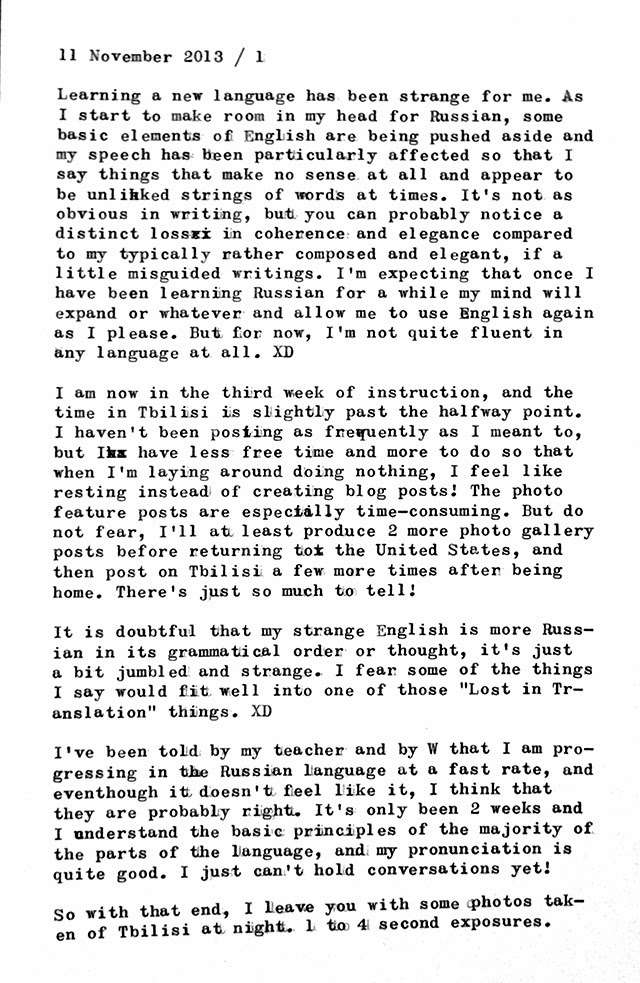 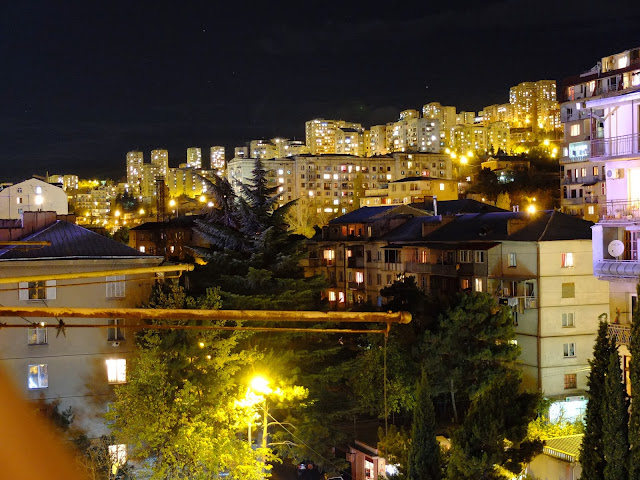 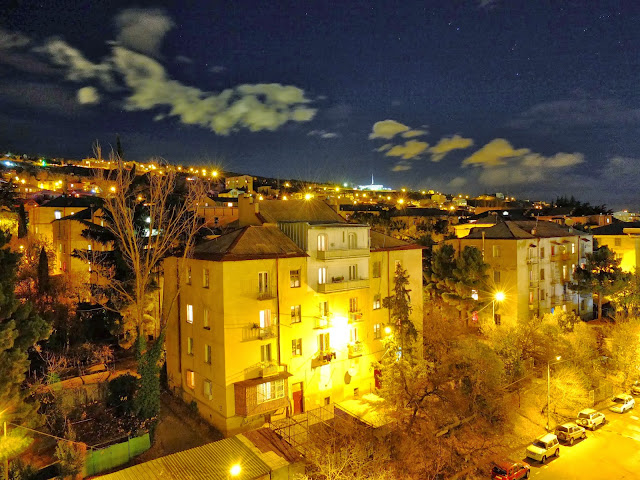 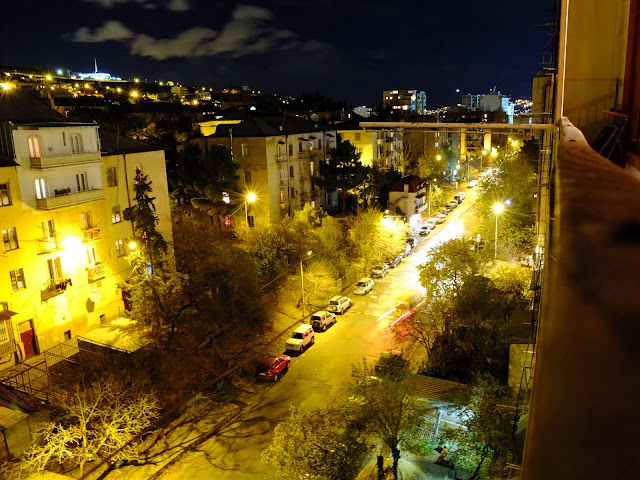 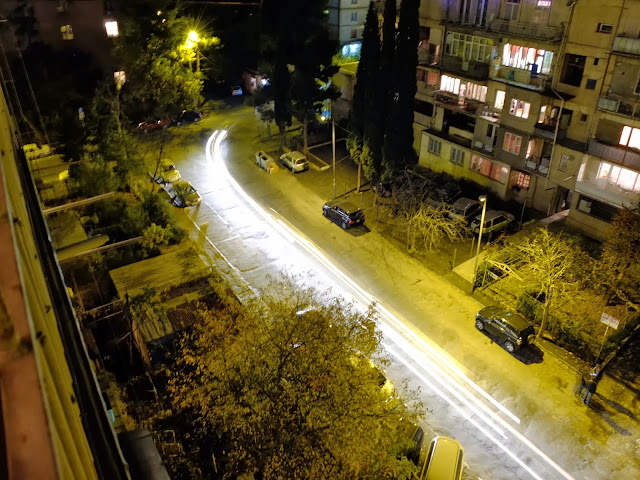 I've also decided to show some photos of my favorite Metro stations to supplement the previous post. Rustaveli station definitely has the nicest exterior with its concrete mural. There is always one and only one door open in each direction at every Metro station and you must always go through that open door and never open any other. Apparently that's an unwritten Georgian law. 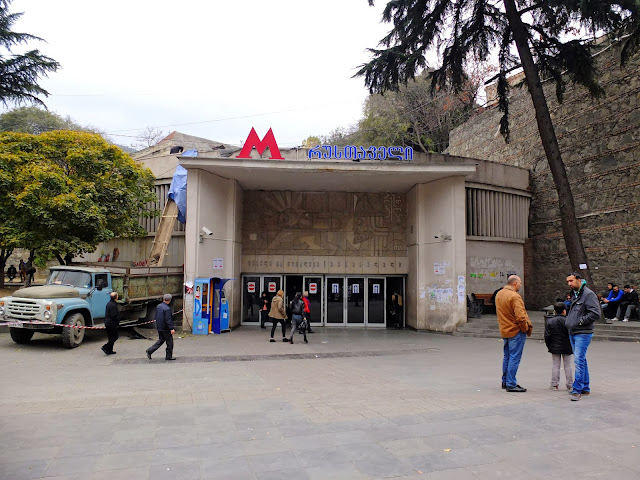 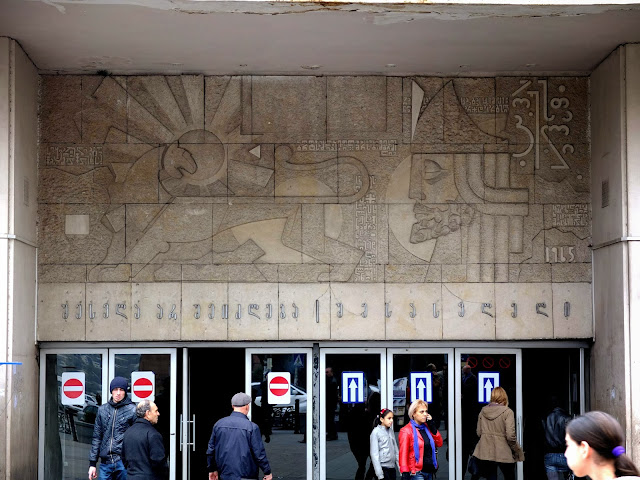 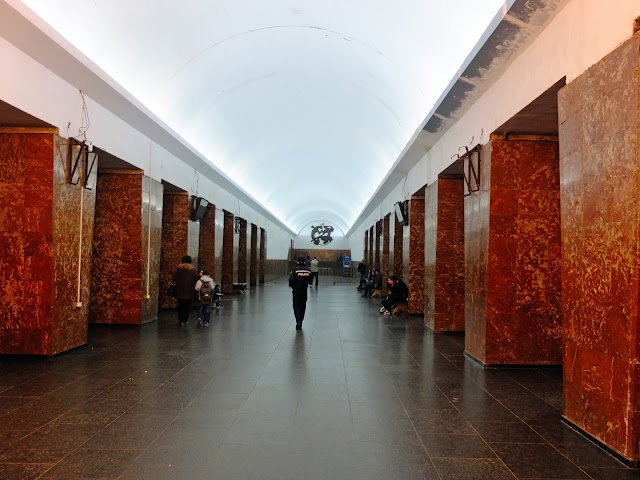 The Technical Institute station has the nicest interior design, I think, and is better-lit than most stations. It is all grey, but the ceiling provides its own contrast. It also directs attention to the mosaic-mural. 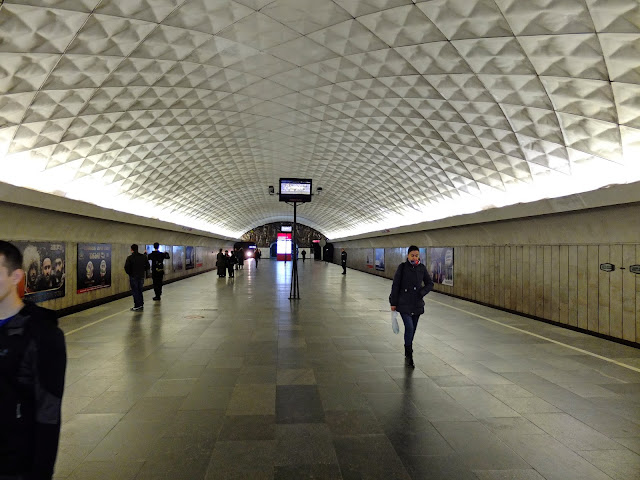 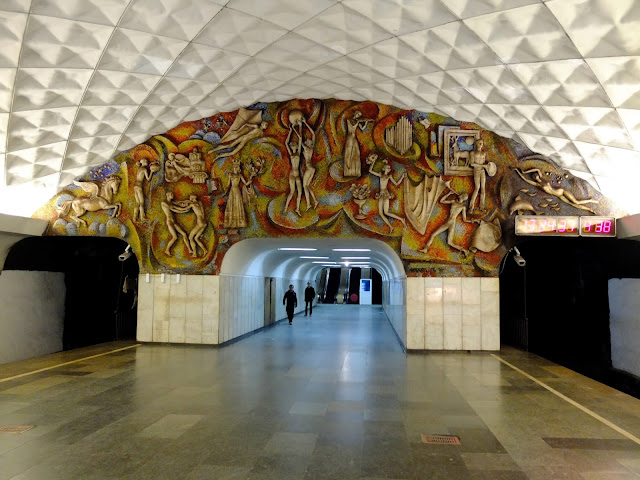 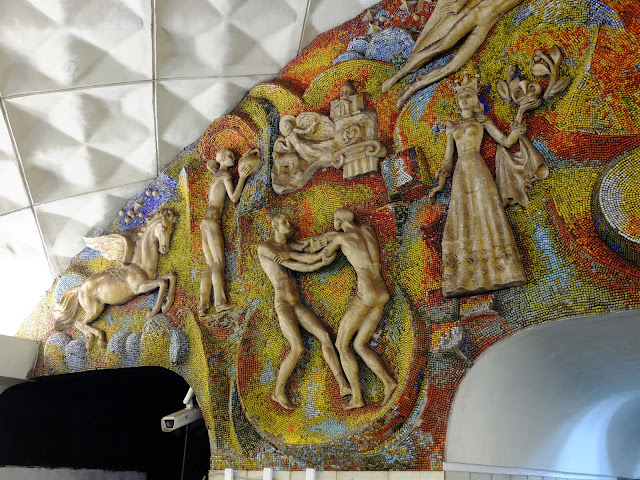 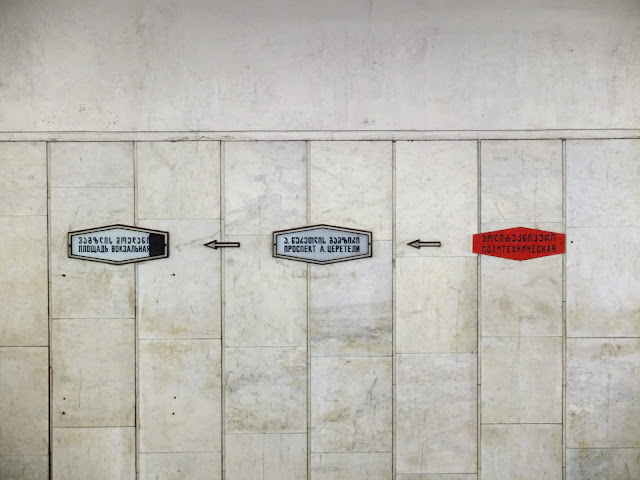 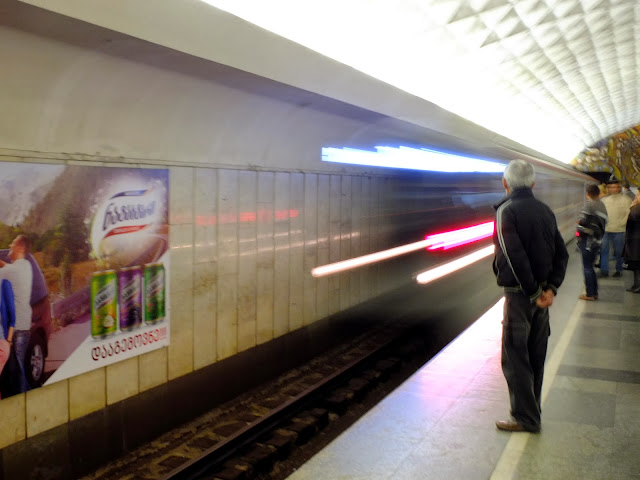 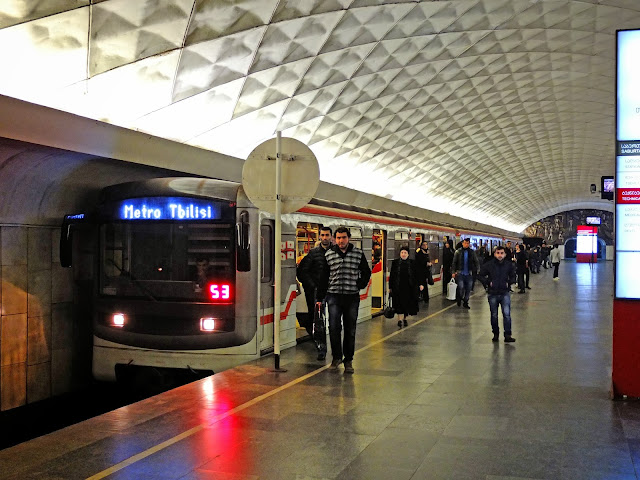 Finally, Tsarateli station certainly has the most vivid use of color. It's darker inside than my photos indicate, but I felt like editing them to show how it would look if properly lit. Many of the other stations are less interesting and even more poorly lit, but these show off the best of Tbilisi Metro. The best-designed stations seem to have been built in the 1970s. 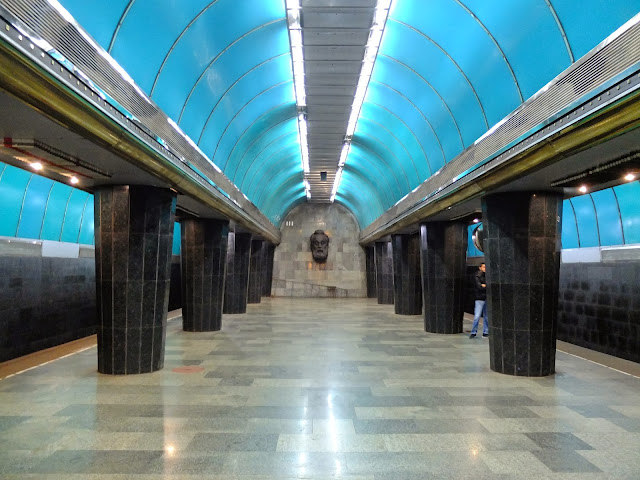 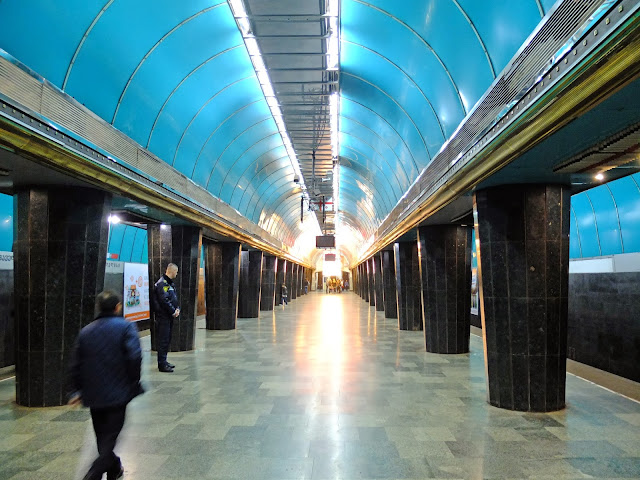 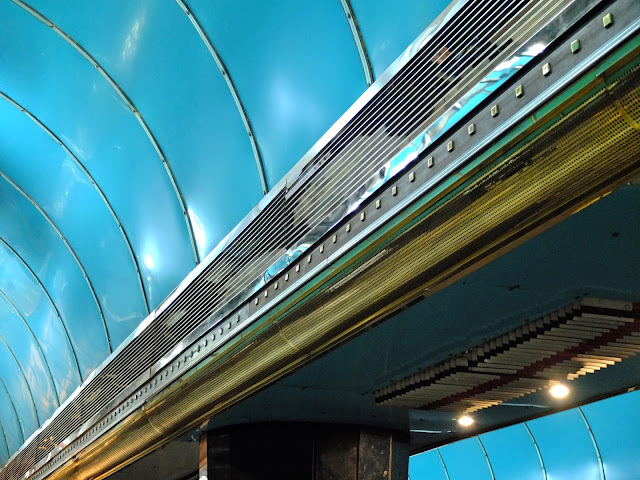 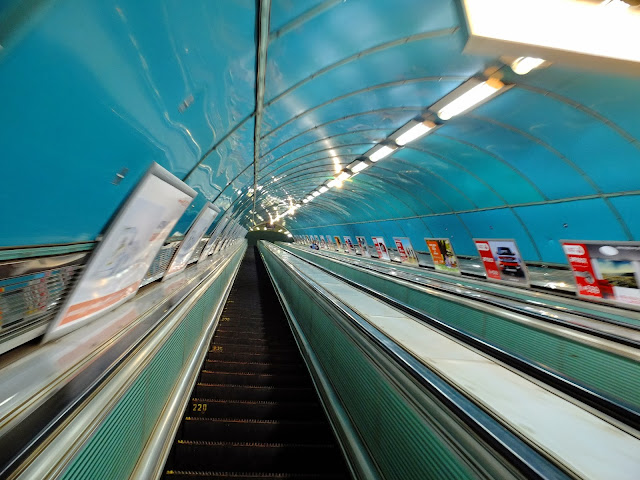 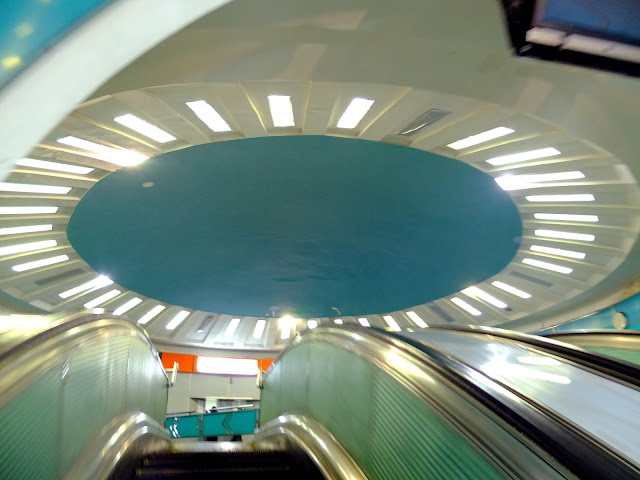 A side note about police in Georgia. Apparently this country used to be pretty unsafe and the police were unreliable and generally useless. Now the nicest buildings in all of the small towns are police stations, and in Tbilisi they get quite grandiose. It is said that the all-glass walls symbolizes police transparency, but you might notice that half of the panels have walls behind them. XD 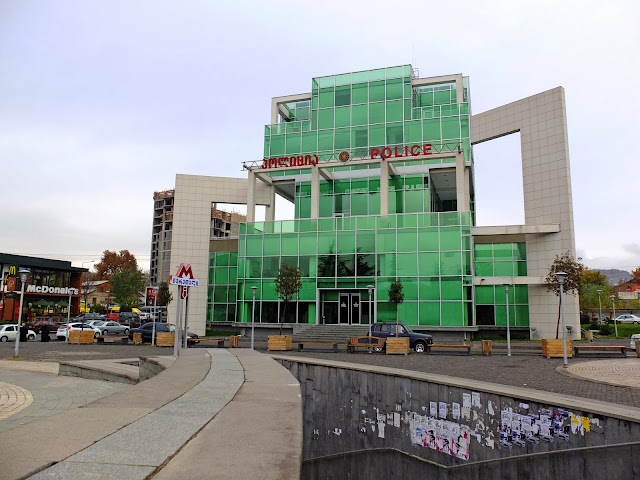