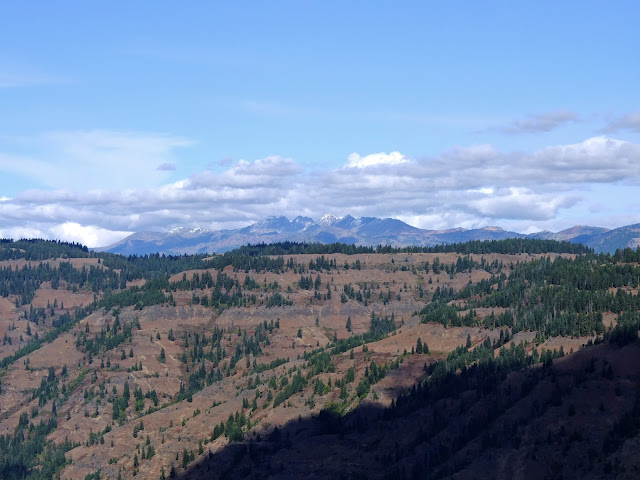 The Seven Devils mountain range, from where the technical top of the canyon is measured. We call it the Seven Satans because alliteration.

Never fear—this is not missing the first 2 pages. Those were part 1. Note the change from "hell" to "heaven". I really do love Moscow that much. Partly because it's great, but partly because of an irrational emotional bond with it which I have no desire to shake. 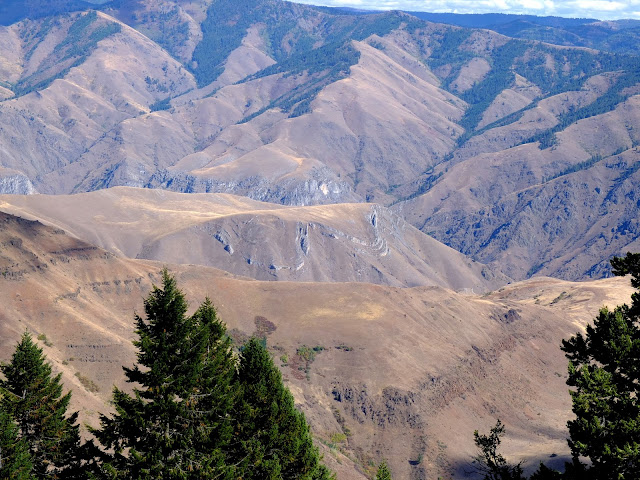 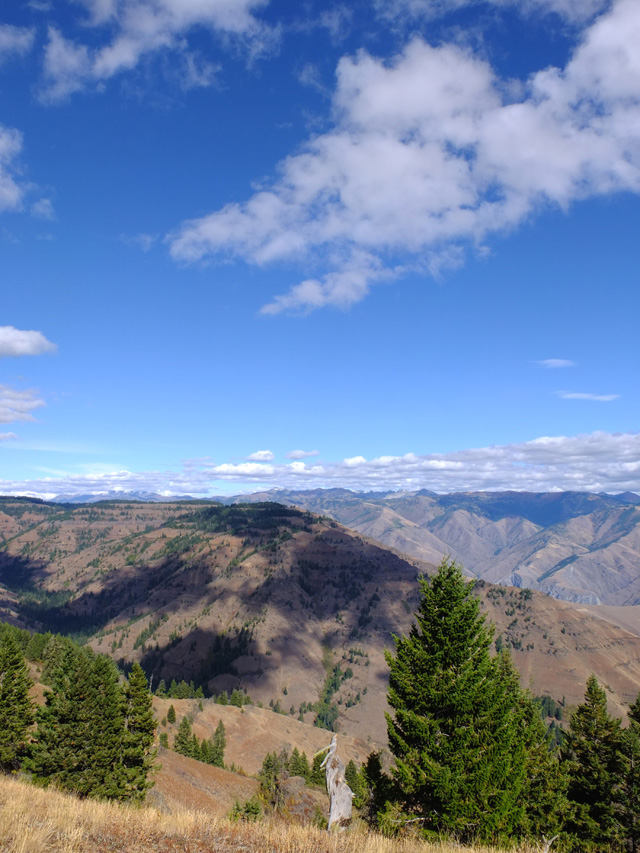 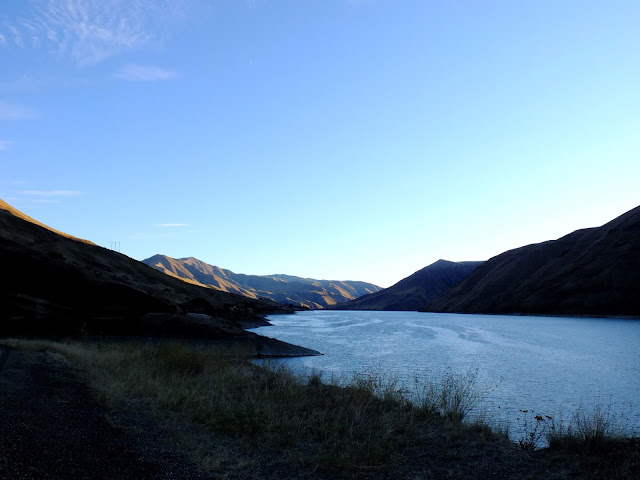 Nearing sunset at the reservoir of Brownlee Dam. 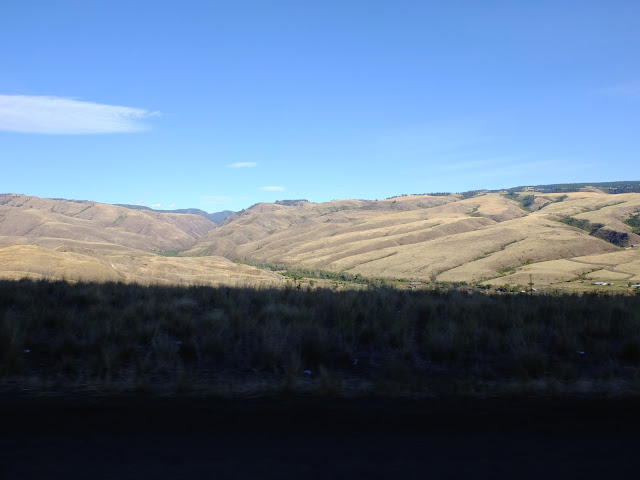 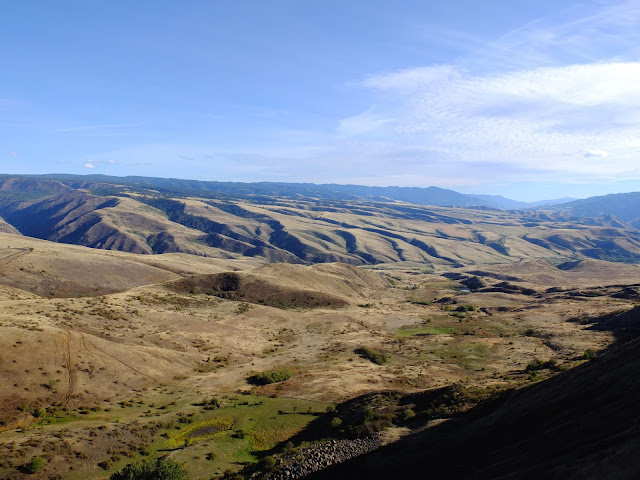 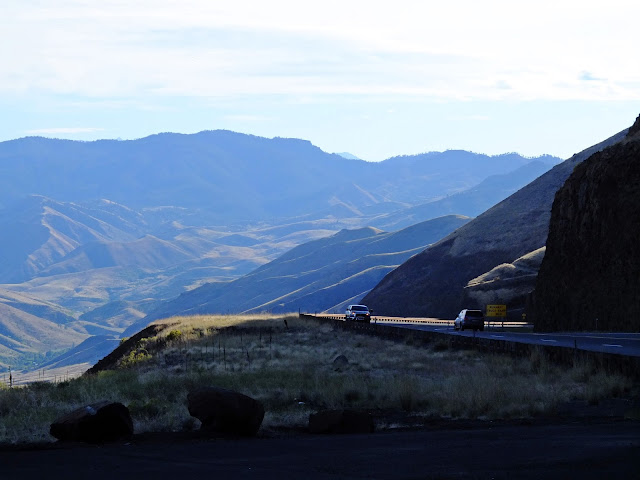 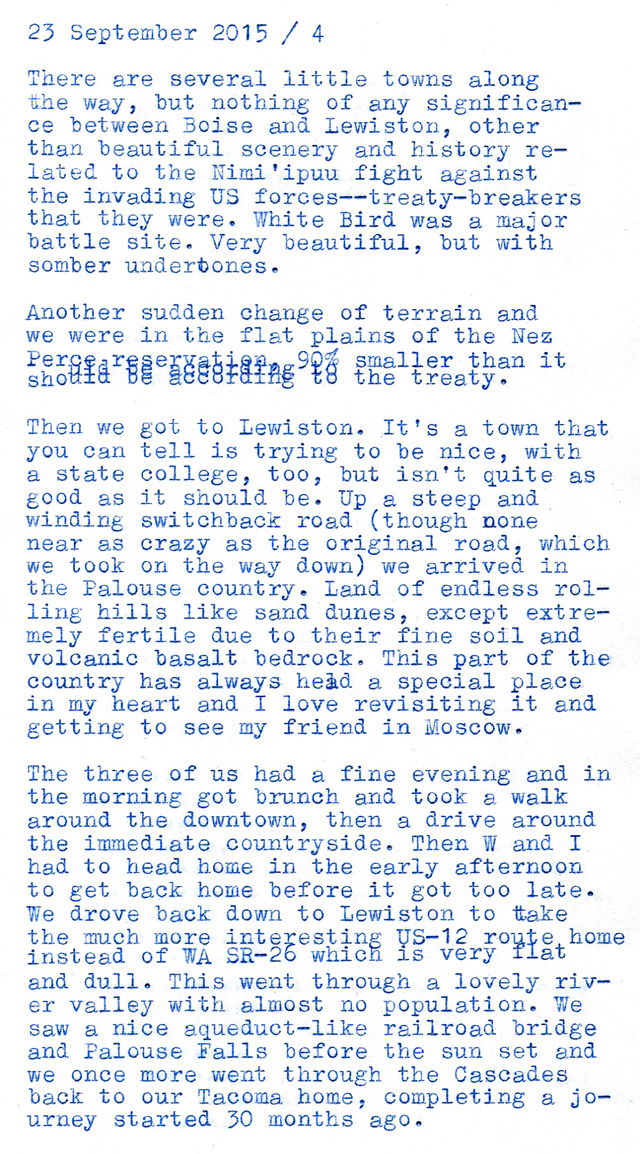 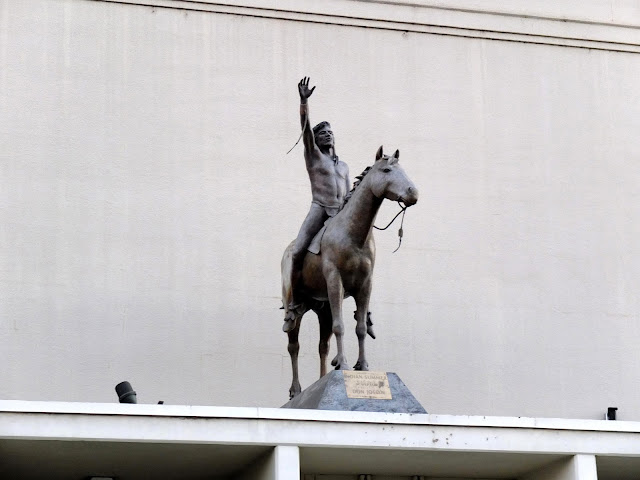 Sculpture at the Nez Perce County Courthouse (at Lewiston) 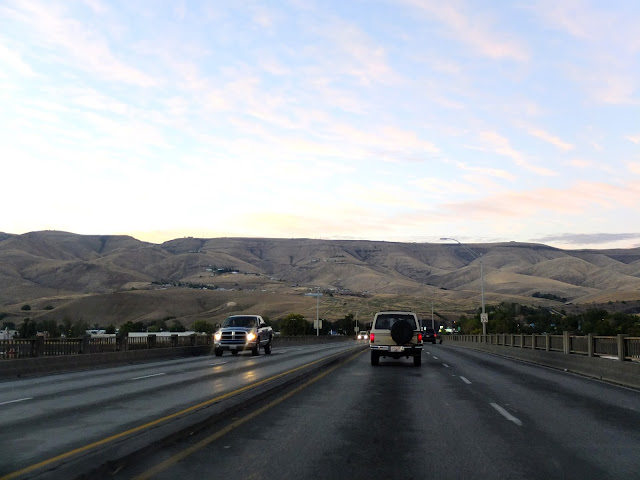 US-95 going north to Moscow. We went up this incline to the Palouse country using the modern 4 lane highway.

Moscow countryside (I regret not bringing my camera on the walk around downtown!) 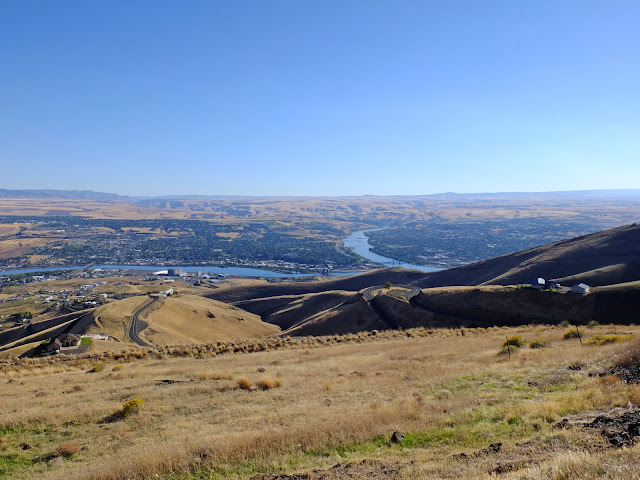 Looking from the top down at Lewiston and the old two-lane road, which we took down the inline. 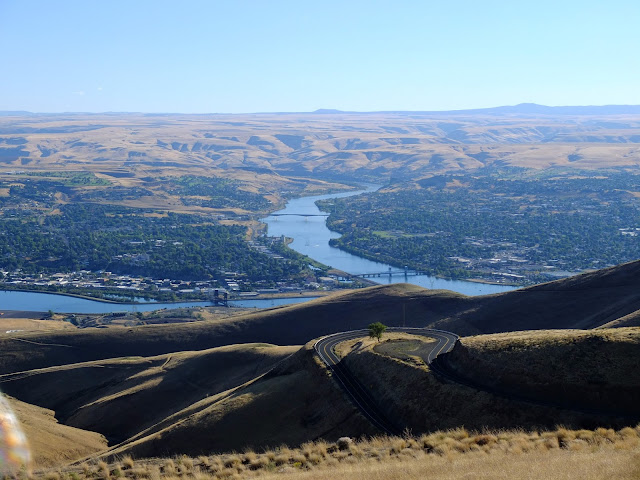 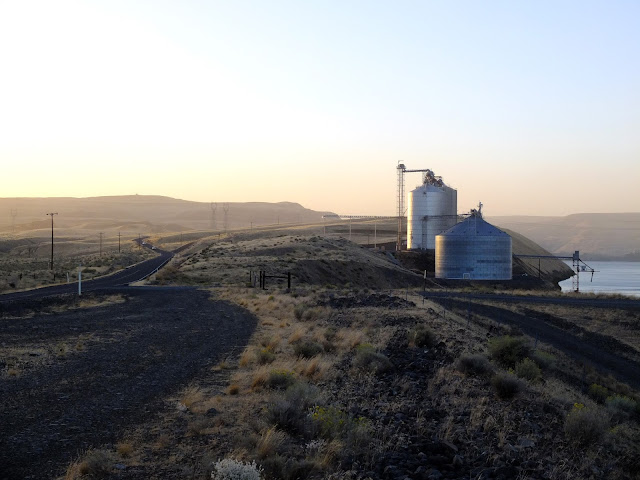 Grain storage along US-12 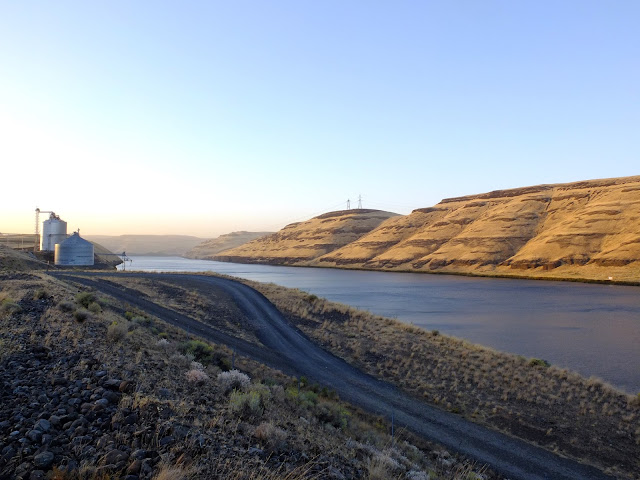 Overlooking the Snake River near Starbuck (no association with Starbucks!) 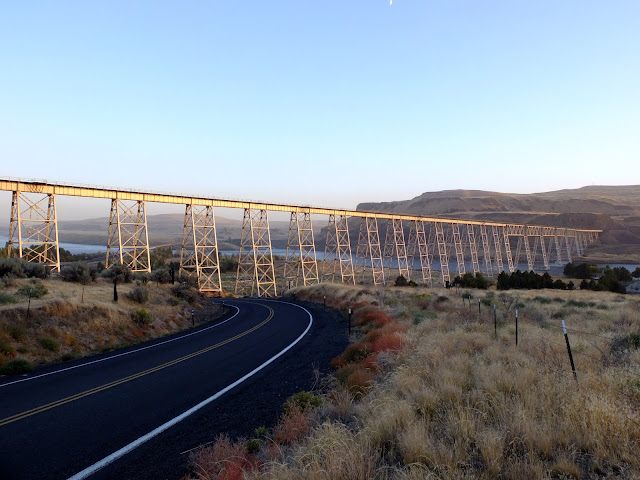 A railroad bridge over the Snake River. 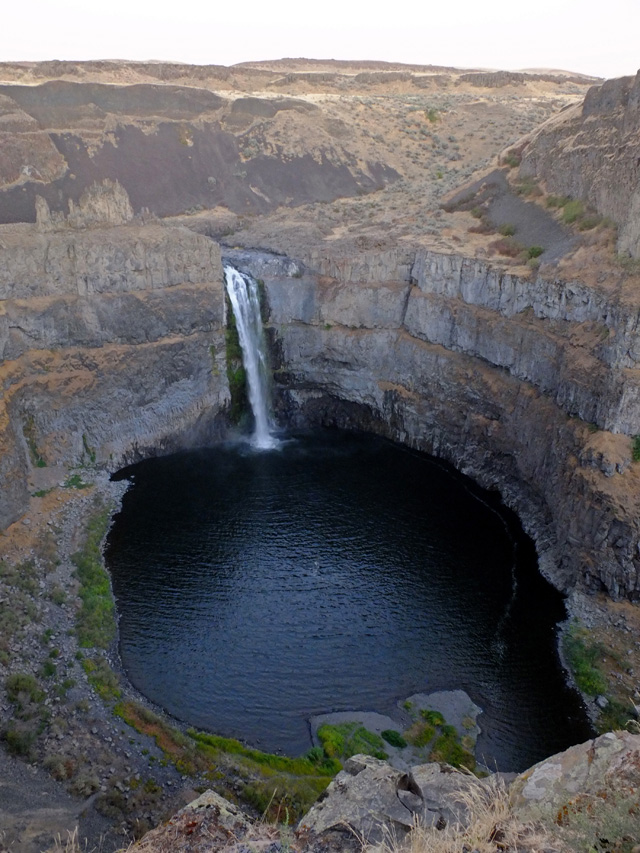 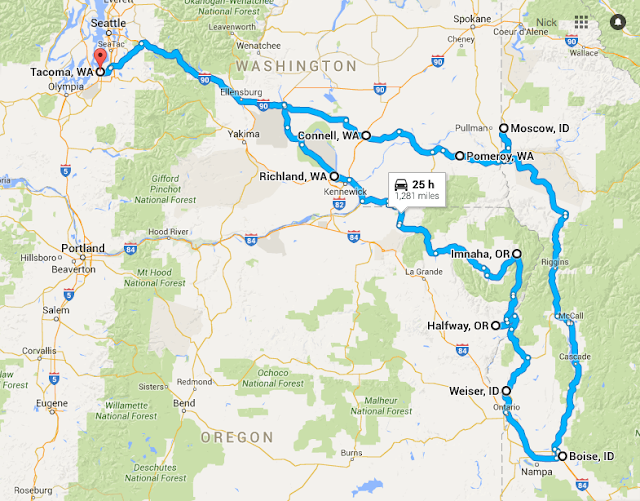 This is a rough outline of our complete road trip. I pretty much ignored everything between Weiser and Cascade, yes. It's just that dull in comparison to what surrounds it!
Posted by x over it at 17:29