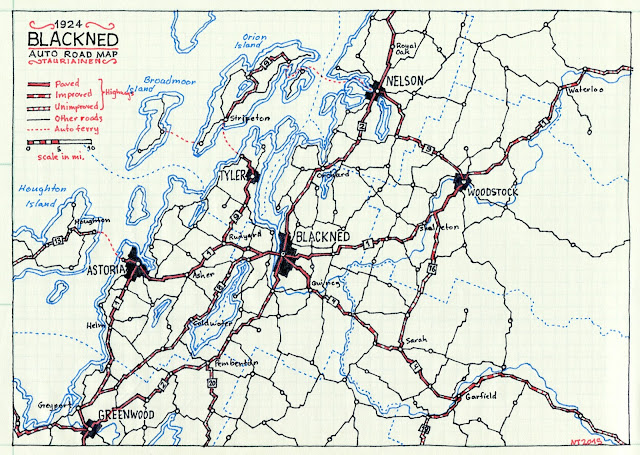 On a previous post I had a photo of a map which I'd been sketching. This is the (mostly) finished version. It's a map of the fictional region of Blackned (named after Ned the black lab, not especially creative) done in the style of 1920s Rand McNally. I haven't hand-drawn maps in a long time so this was fun to do. Since I drew this I've bought a set of nicer pens (Sakura micron) to work with.

The region is like a combination of the Seattle area and central/southern Scotland. I didn't write in all the names of the towns because I don't have enough ideas for town names, haha.
Posted by x over it at 19:27