There are a lot of little differences between my '56 and '59 Torpedo 18s. I'll be focusing on the changes made due to different year of production (most were made around serial number 1050000), but there are also other differences I'll point out. My 1956 Torpedo is a model 18b and was sold in the US, while my 1959 is an 18a and was sold in the Netherlands. This isn't an exhaustive list of differences, but I have tried to be fairly complete.

First, the location of the Torpedo logo changes in 1959 from the paper table to the ribbon cover. Also seen in these photos, the card holders (both metal and plastic) are slightly altered in 1959. 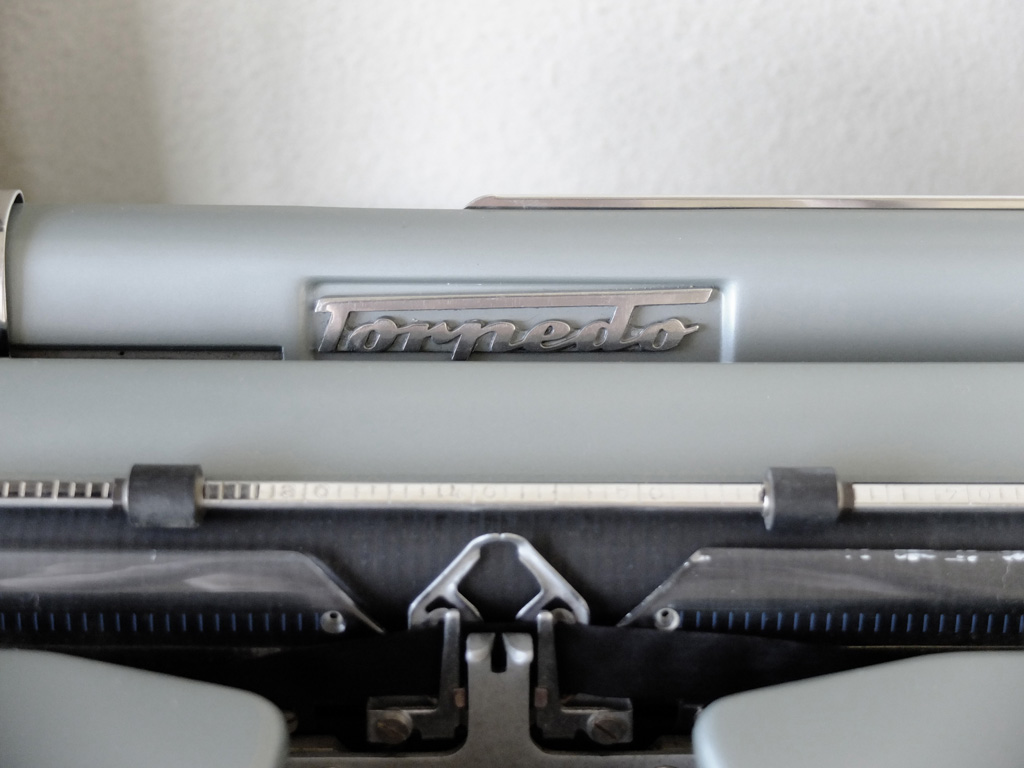 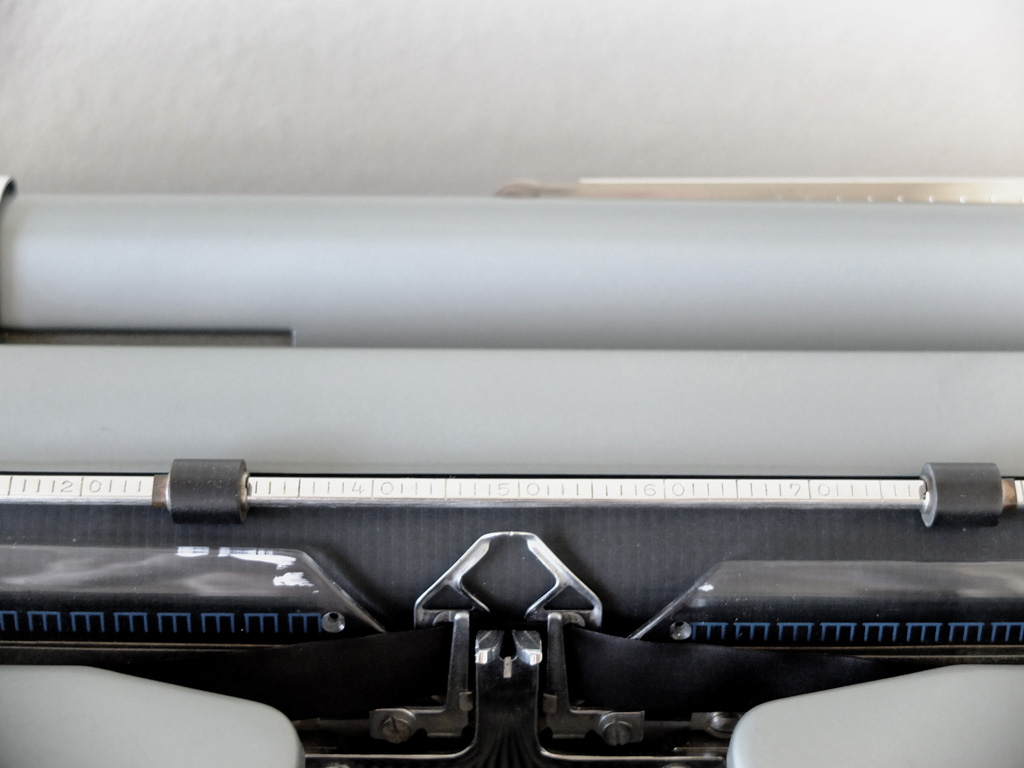 The Torpedo Werke emblem is removed in 1959. You can also see that the exposed metal pieces are black on the 1956 model, while they are silvery on the 1959 (and corroded in this particular example; not an uncommon problem with the 1959-1962 Torpedoes) 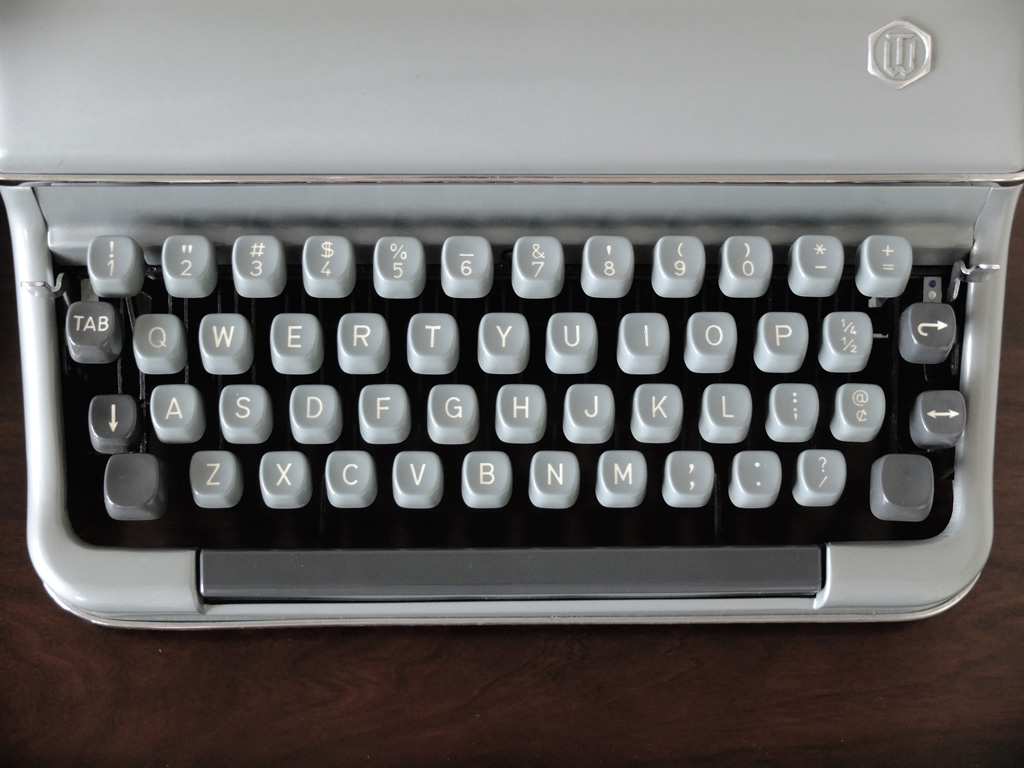 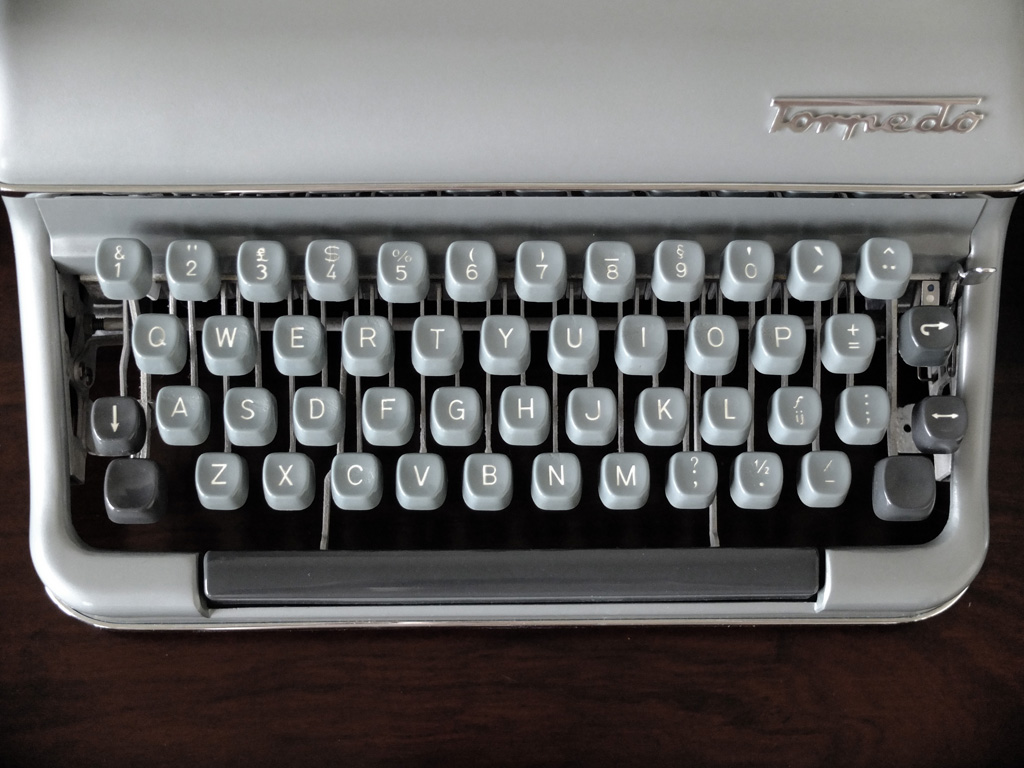 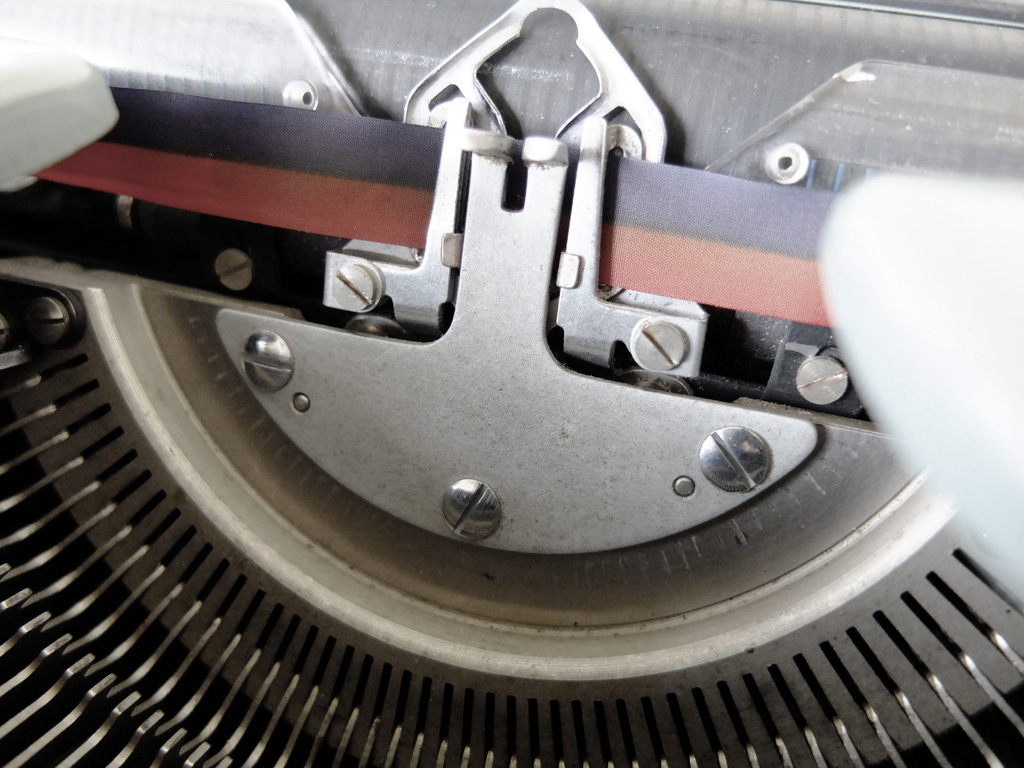 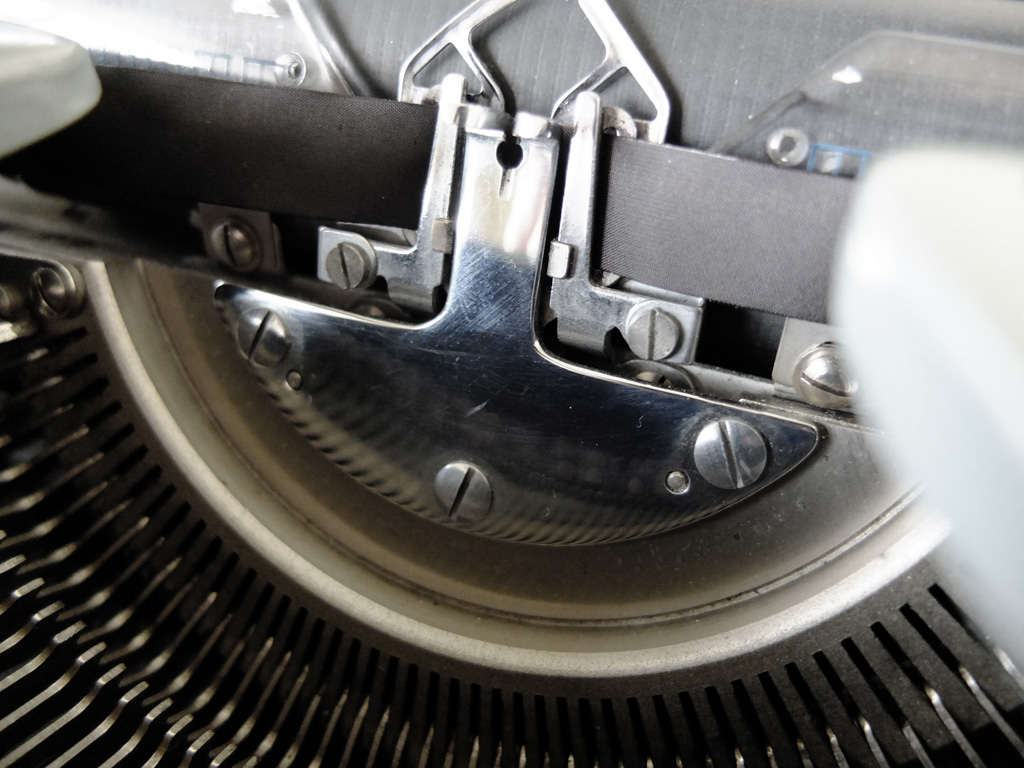 The ribbon cover is hinged on the 1956 model and can be removed with considerable force, while it pops right out on the 1959 model. You can see the empty screw holes where the hinge was removed. 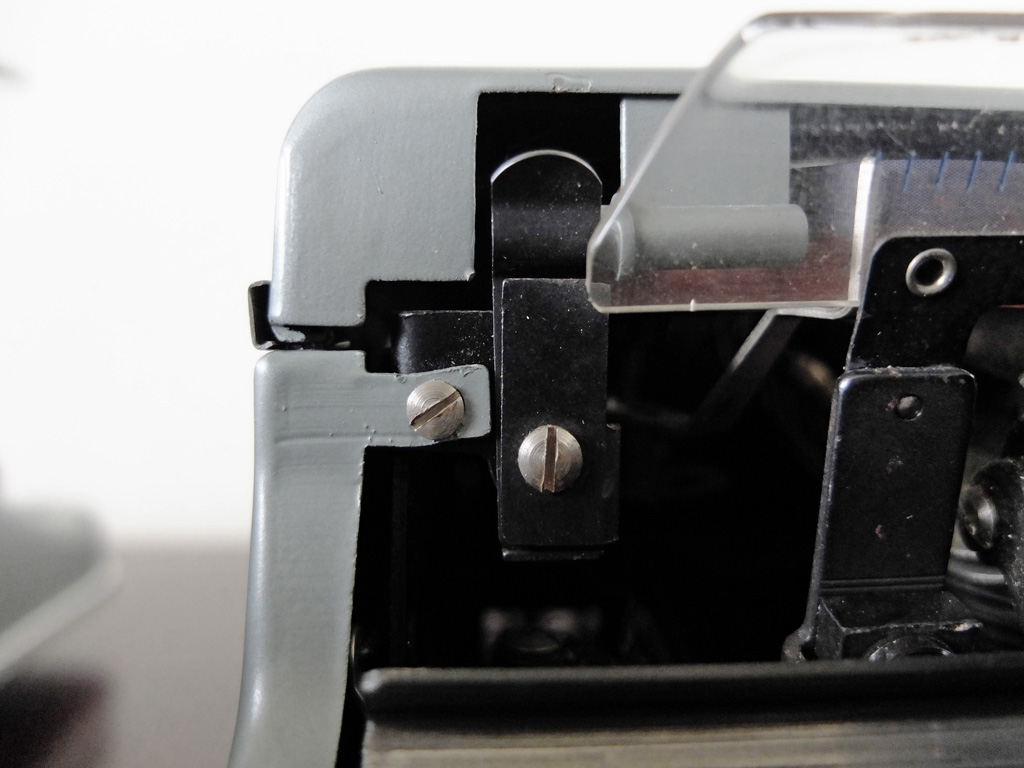 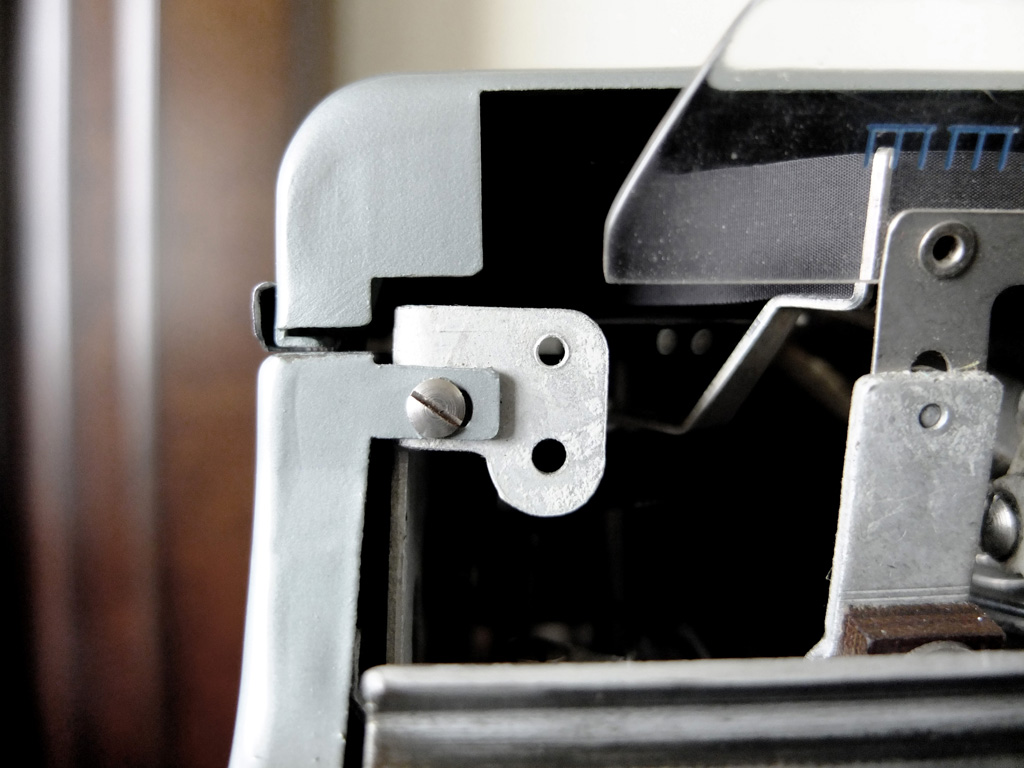 The US-imported model has an American-size ribbon spool pin, while the Dutch one has a larger DIN center pin. 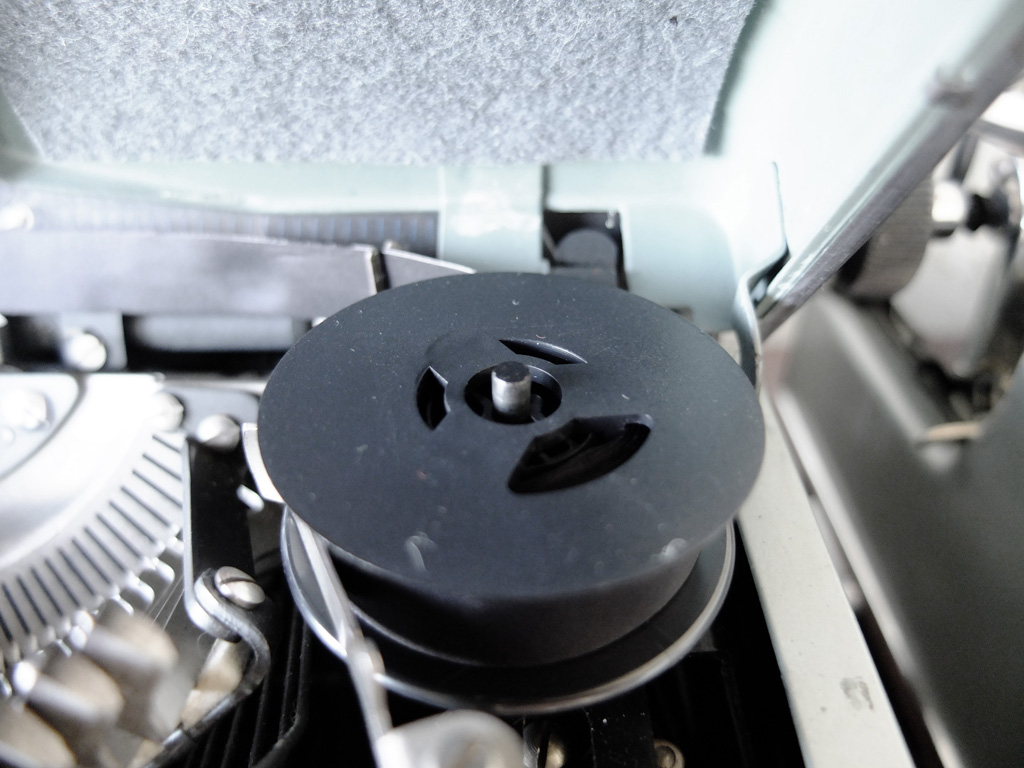 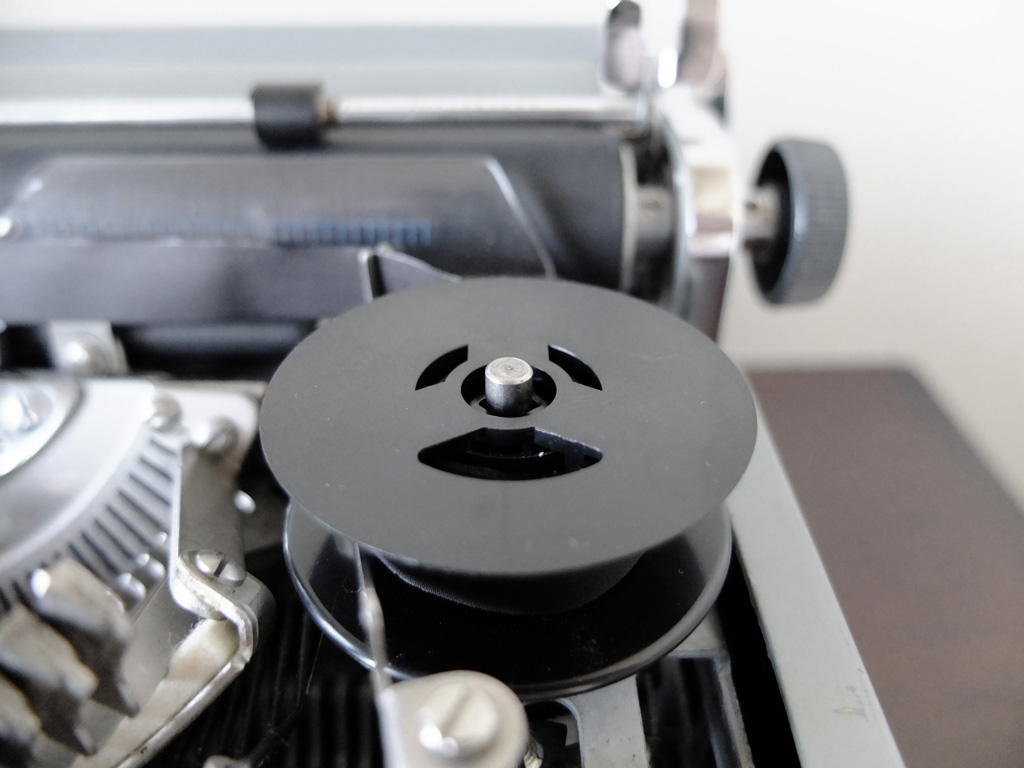 The location of the rubber pads under the ribbon cover changes from 1956 to 1959, as does the serial number paint color. 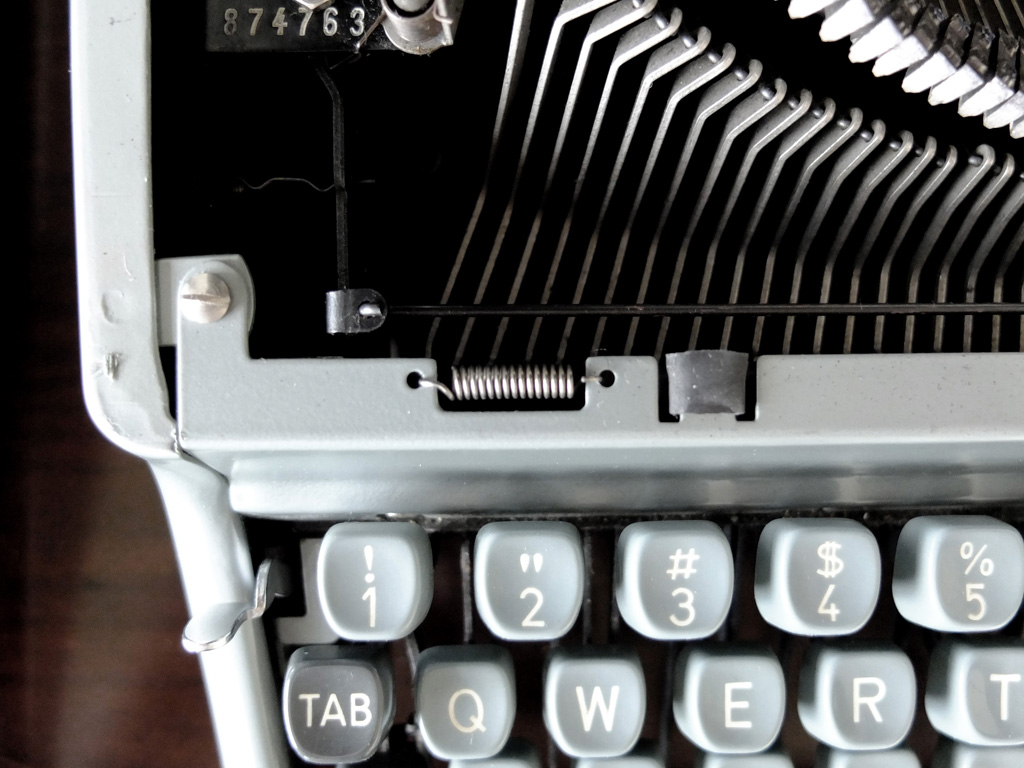 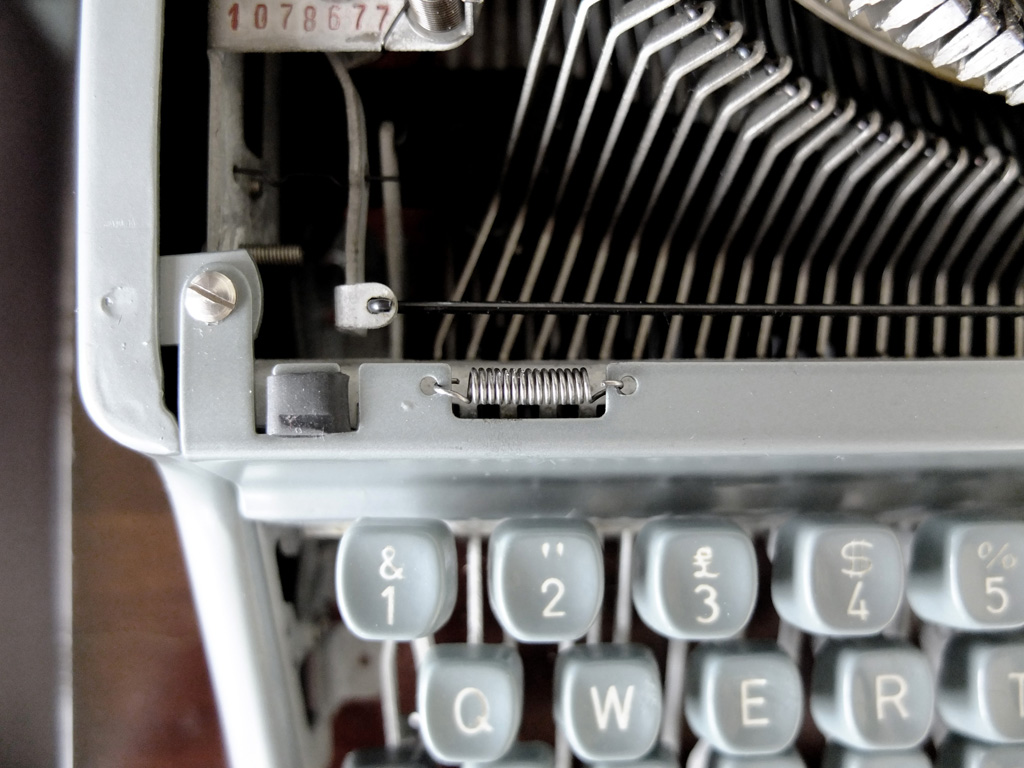 The end of the paper arm is more rounded on the older Torpedo. 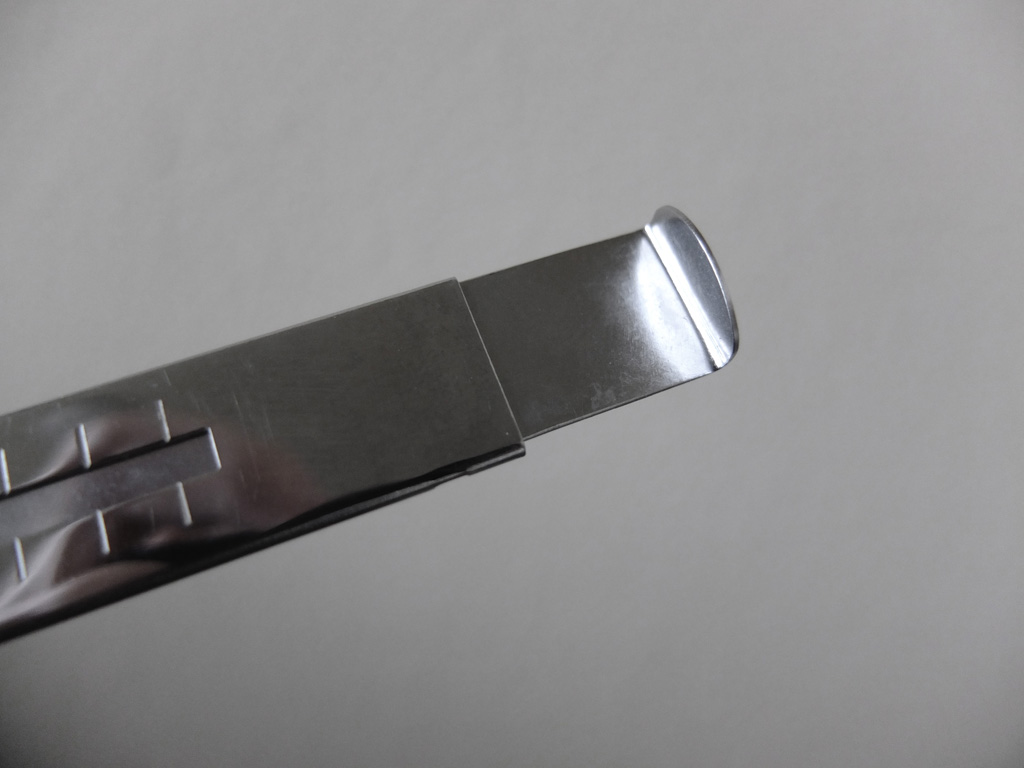 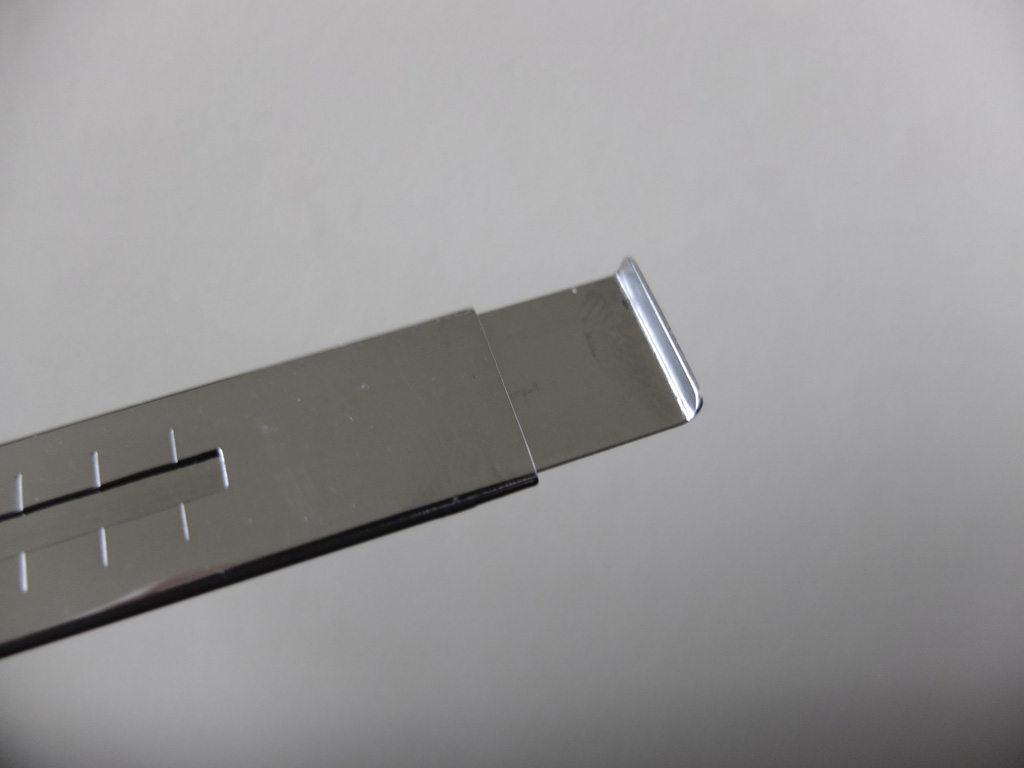 The ribbon color selector plate is body color on the 1956 model and chromed in 1959. 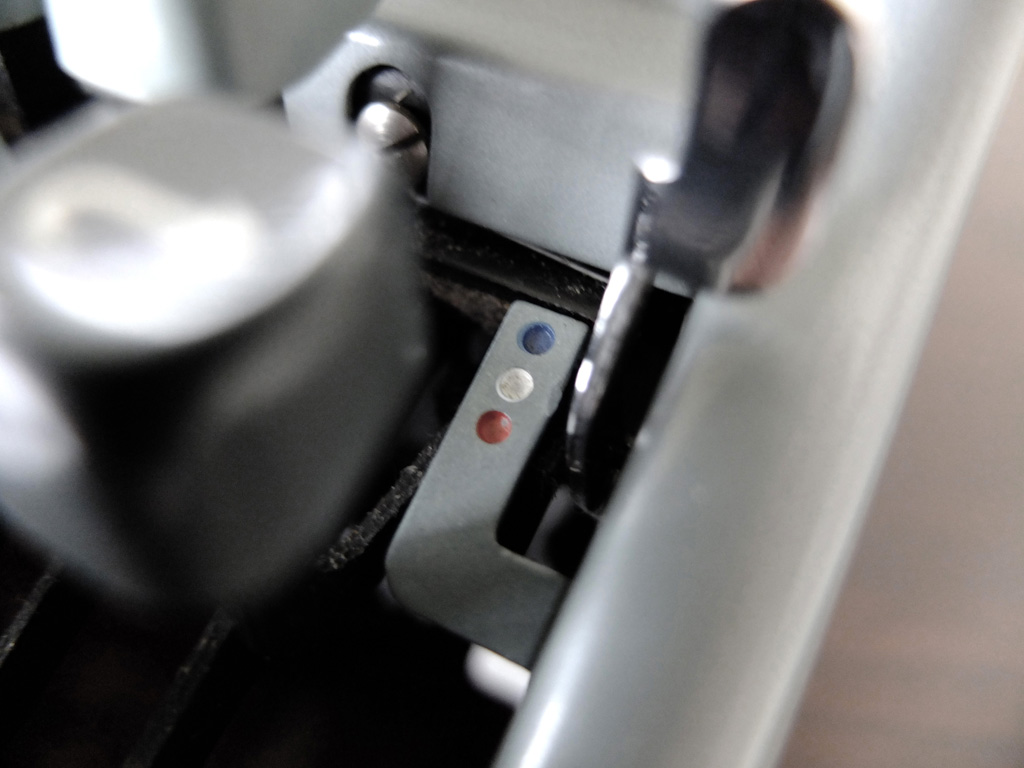 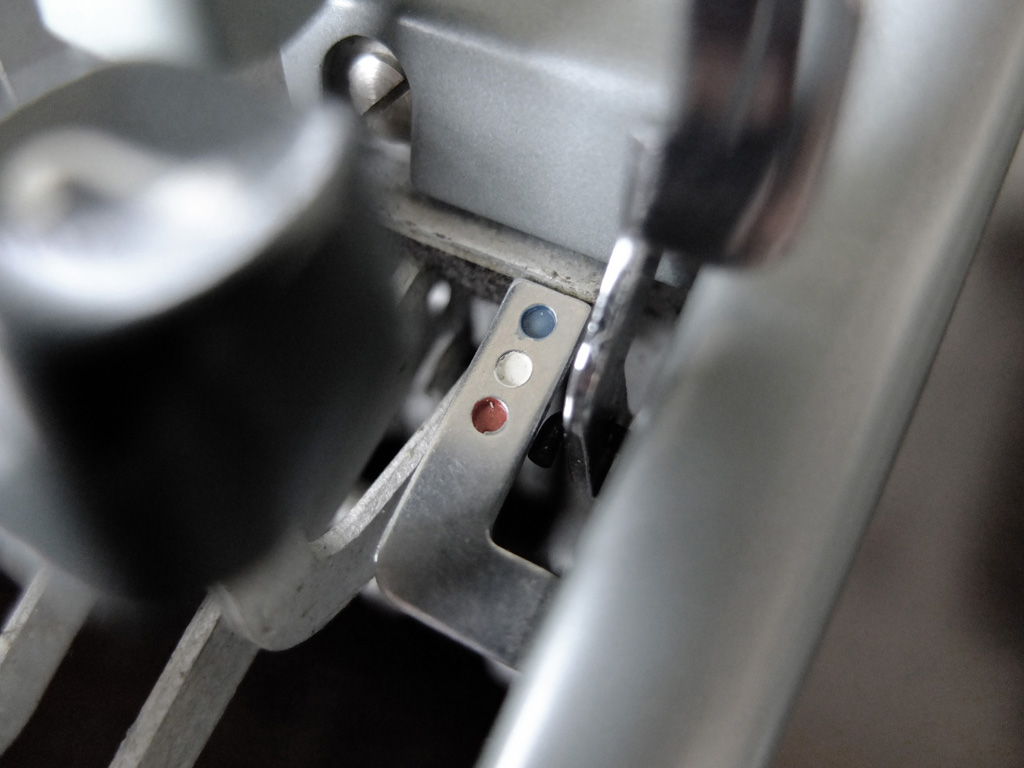 The difference here is unrelated to the year of production. The addition of a tab key on the 18b and a tab set/clear lever beside it that is lacking on the 18a. 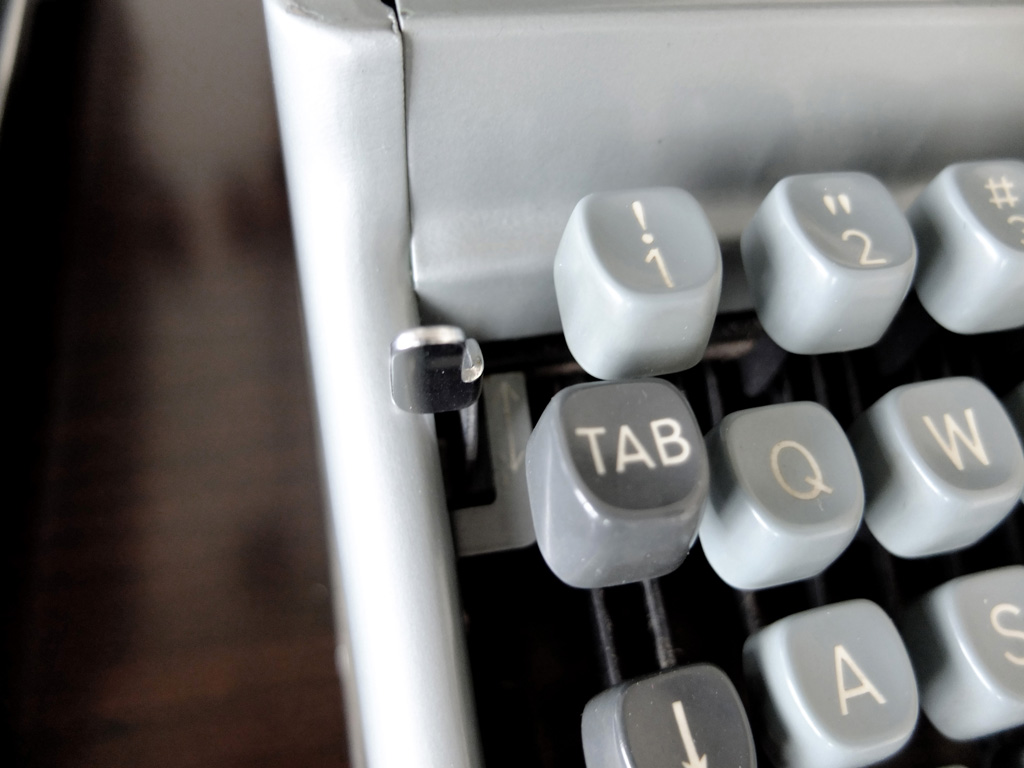 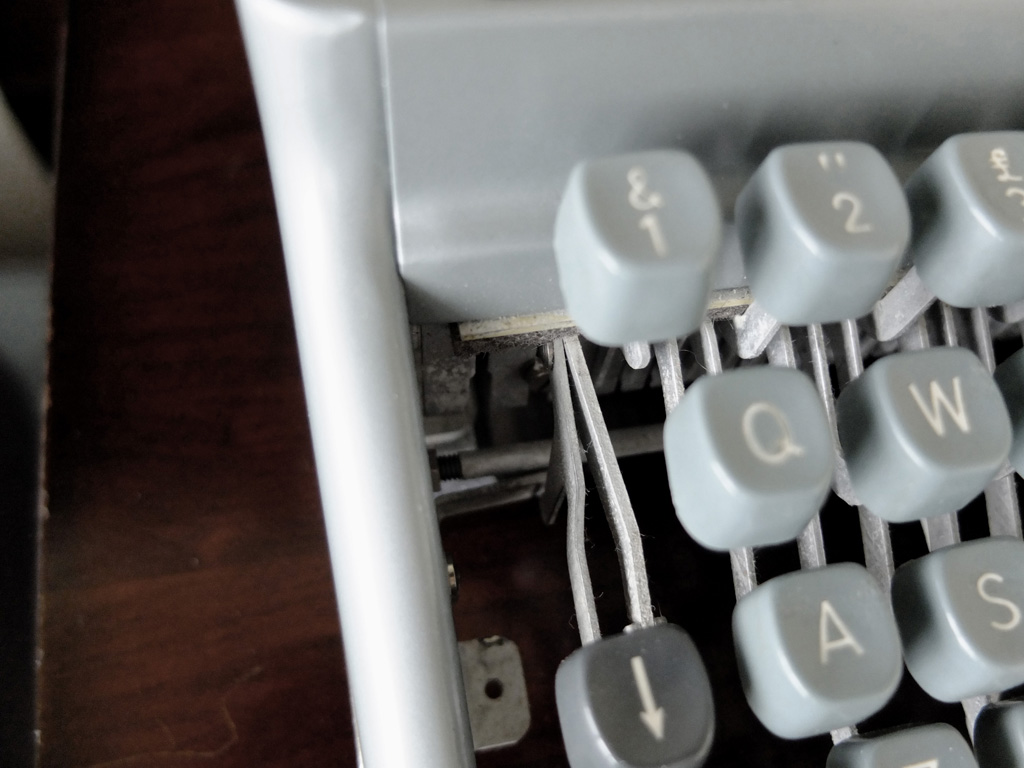 The same goes for this. The extra lever on the 1956 model is the tab stop all-clear. 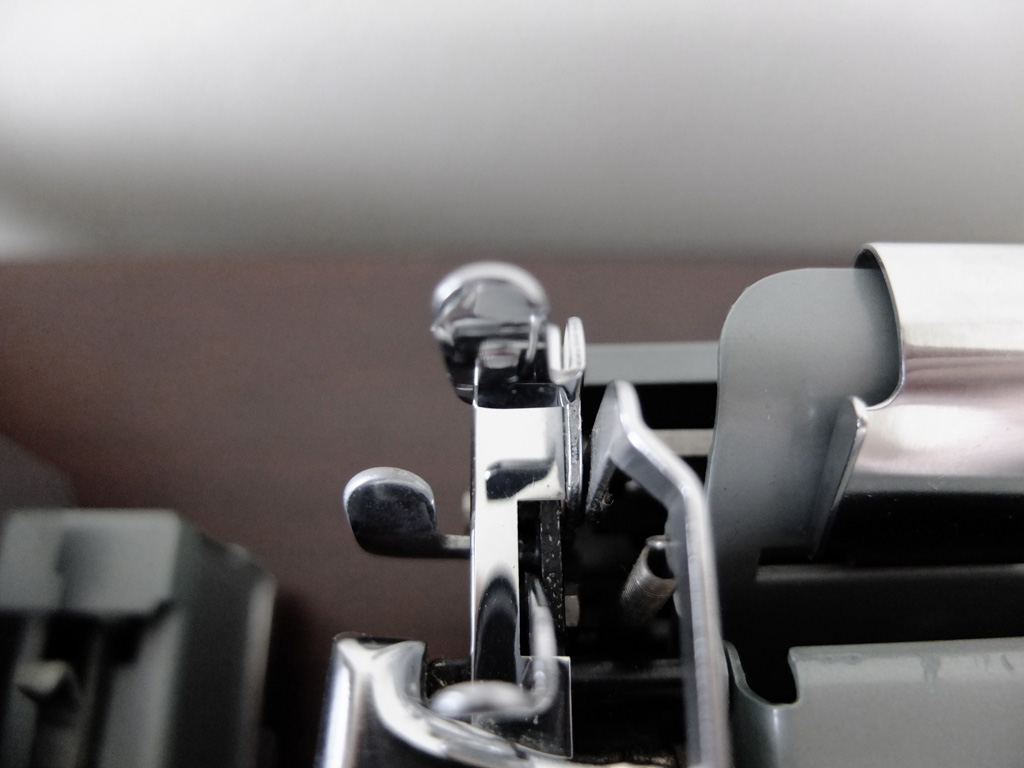 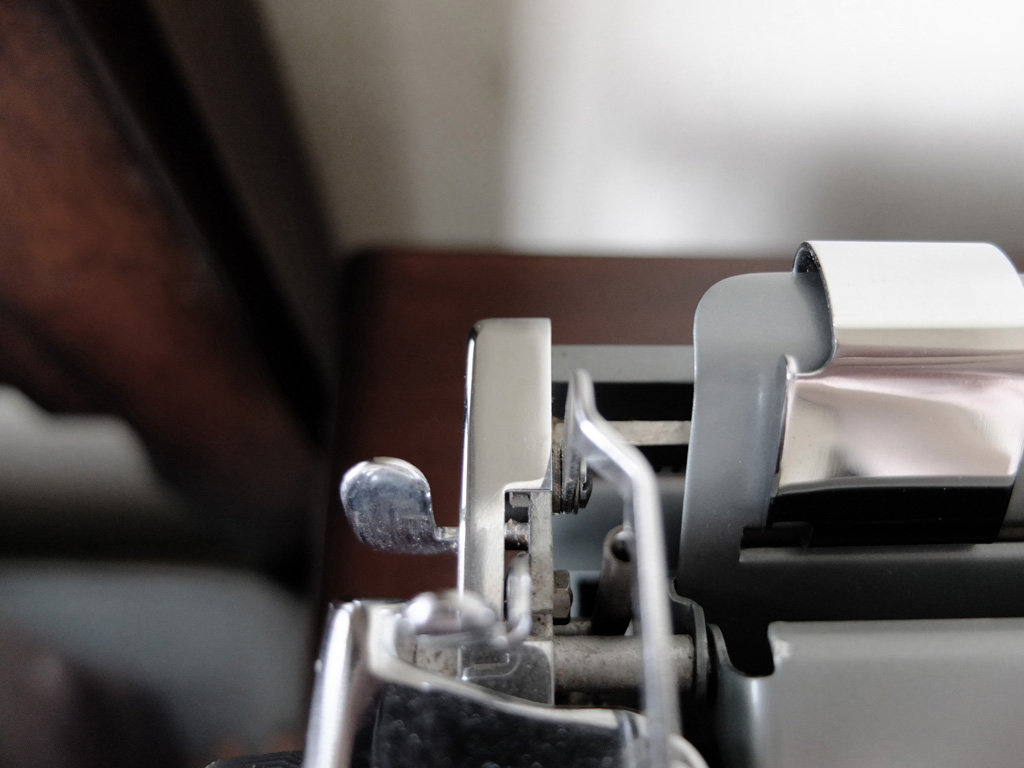 The "Made in Western Germany" decal is often found on Torpedoes imported into the US, but not always. In this case it is present, while lacking on the Dutch Torpedo. 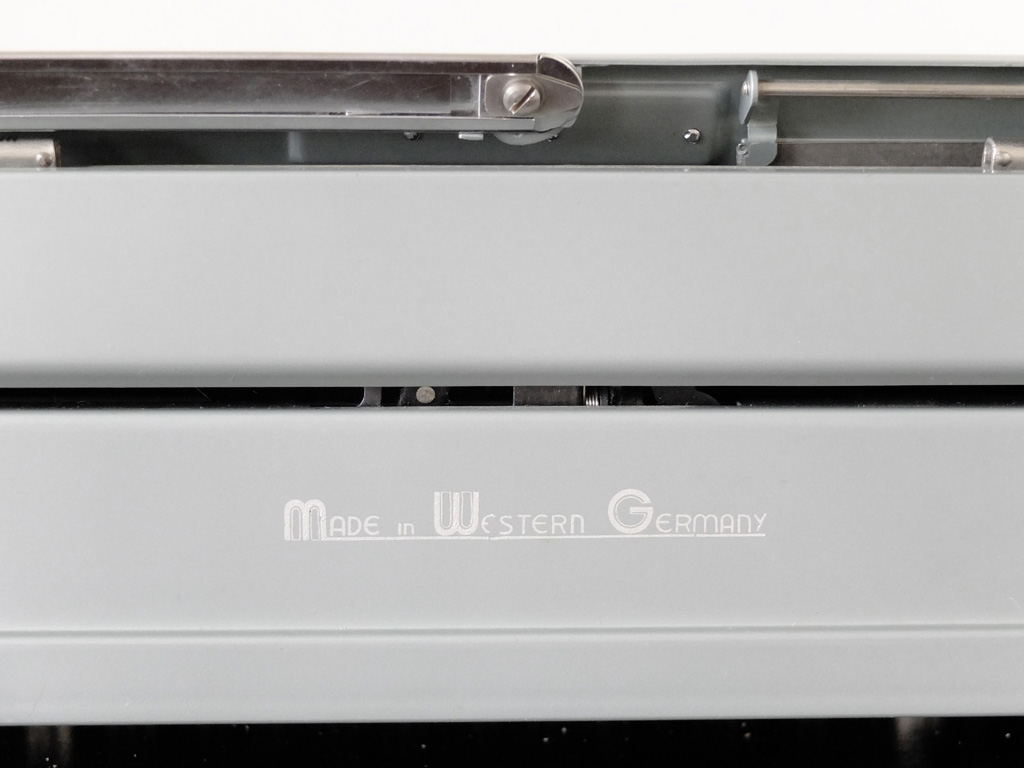 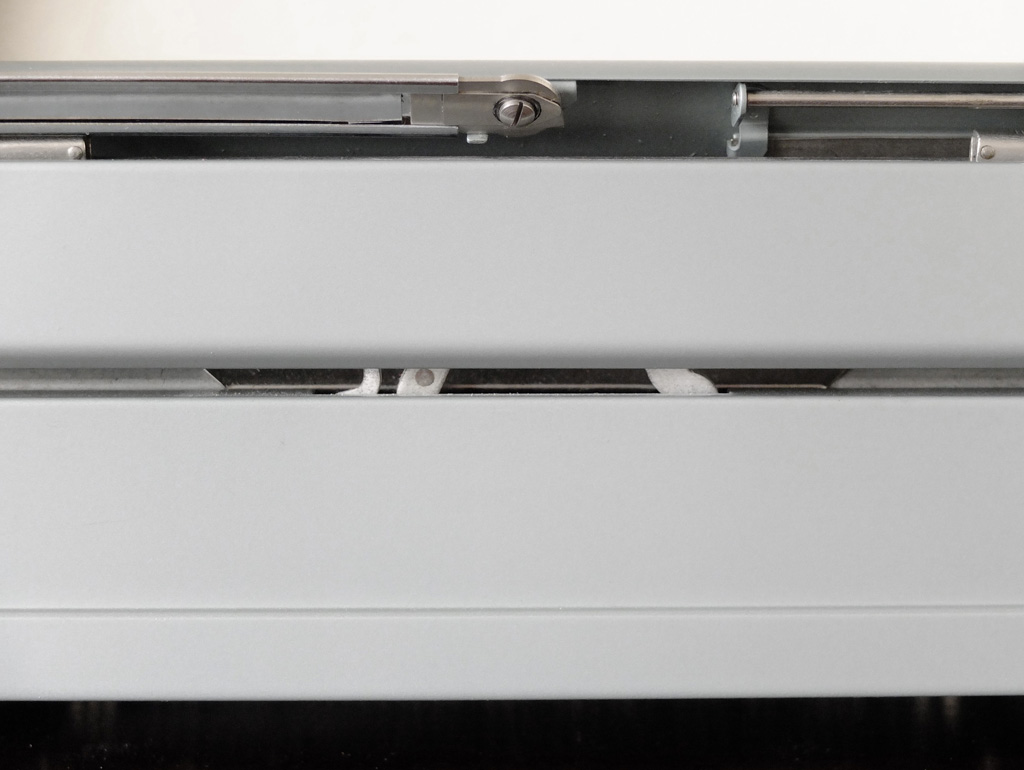 The older Torpedo has a less-rounded case and a different handle. 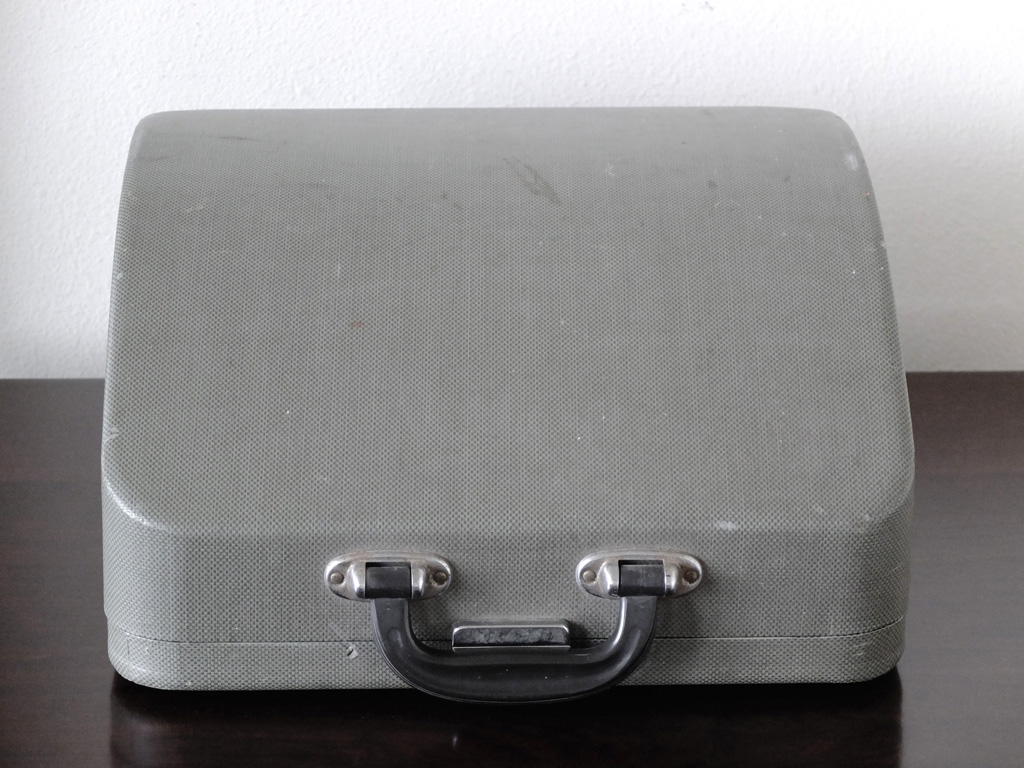 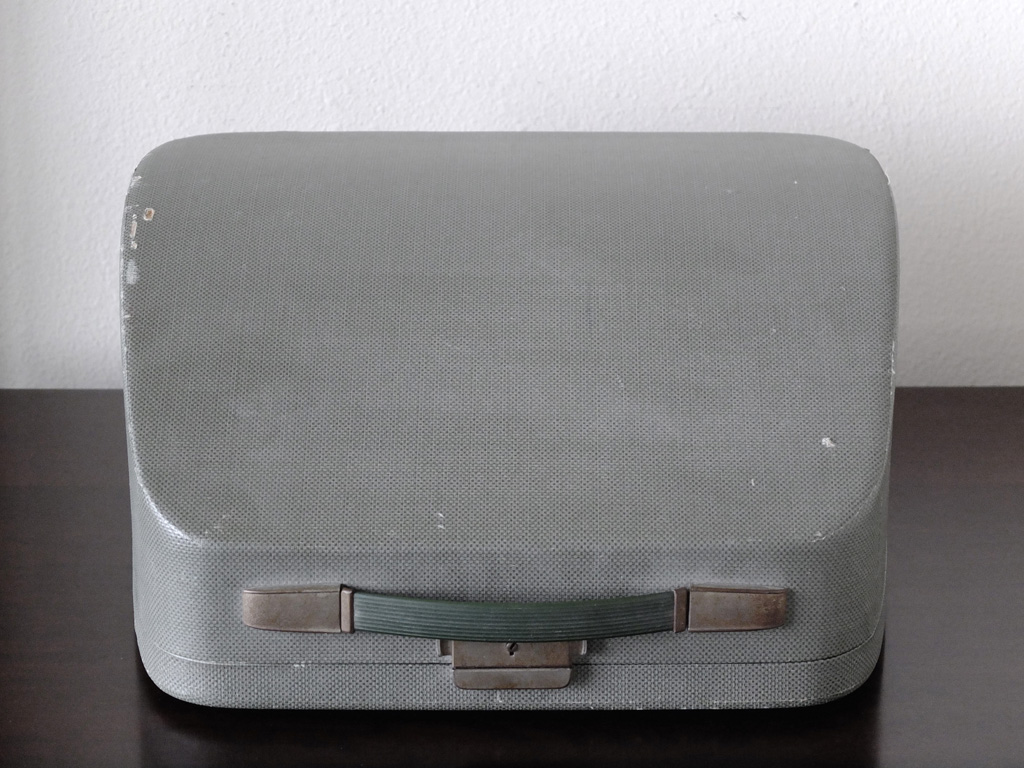 It can't be shown in pictures, but the feel changes a bit between the two years. It's subtly refined in the 1959 model, though the two are comparable in touch.