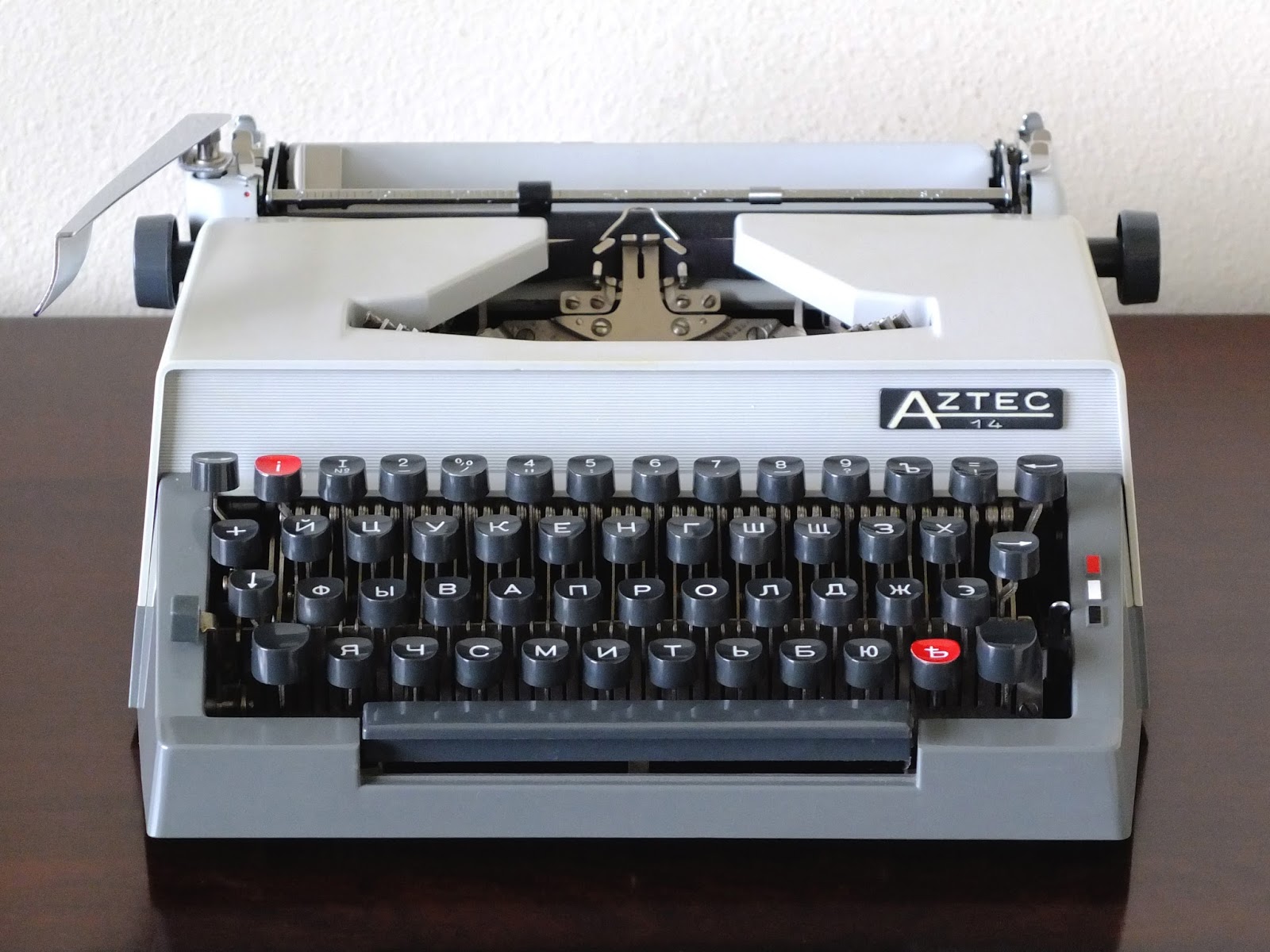 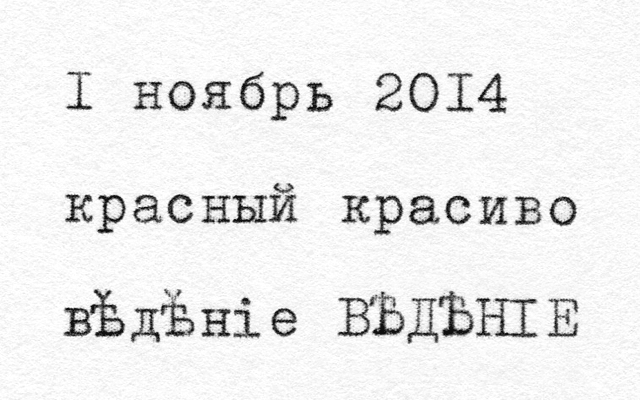 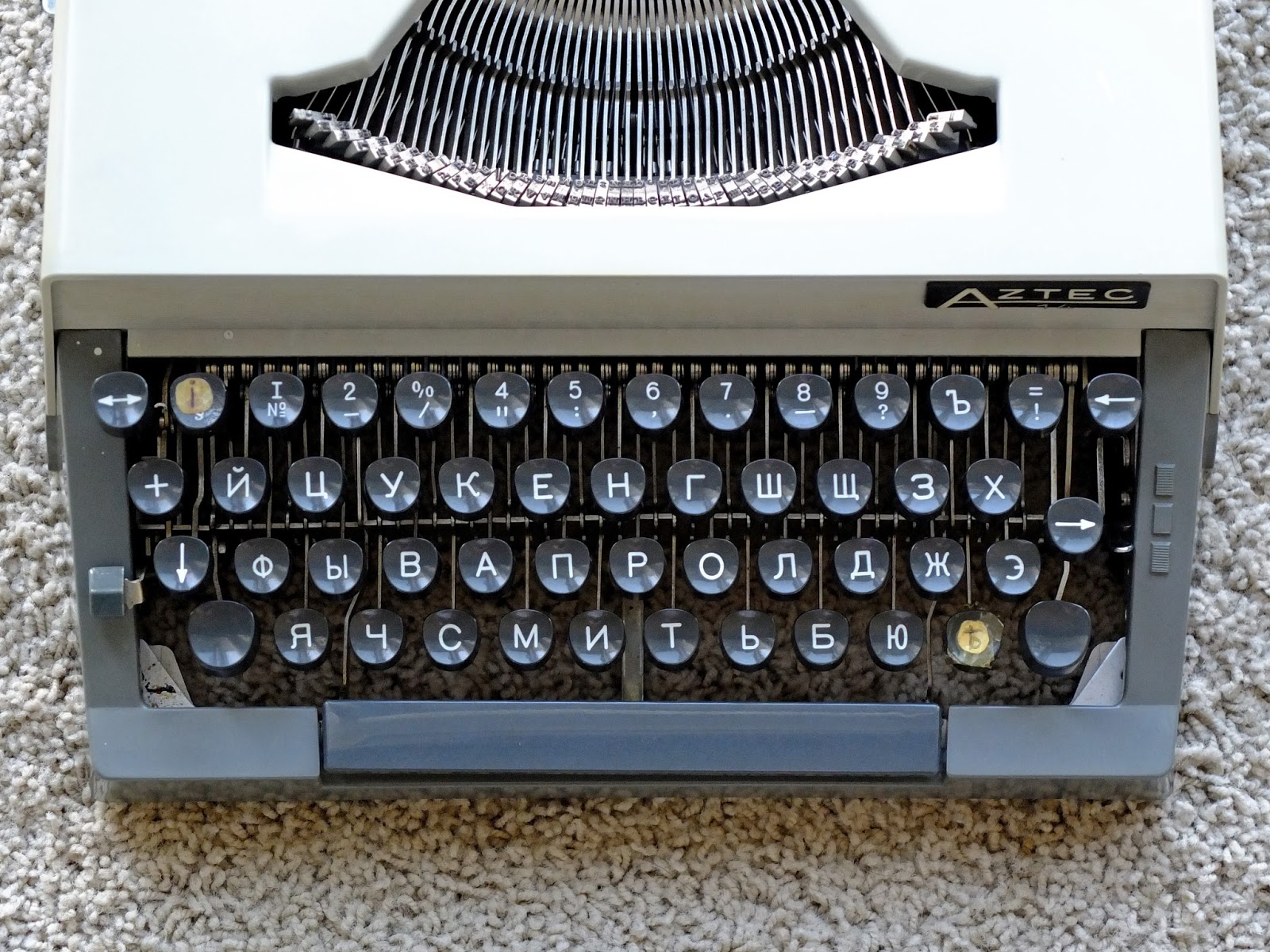 When I saw this on ebay, I was fascinated. I was vaguely aware of the Russian orthography reform of 1917 (read about it here), in which the letters ѣ and i were abolished, among other things. This keyboard was modified to include those letters, although whoever did it was a bit sloppy. It's understandeable, though, that they didn't replace the keytops since they likely just weren't available.

This turned out to be a fun project. I found some adhesive vinyl samples for a couple dollars in red, white, and black. The hard part was cutting them to be the right size for the keytops. I ended up just sticking a square of it on and trimming around with an x-acto knife. Not ideal, as there are some imperfections in the edge, but I think it looks good. The letters were drawn on with a painting pen, which is surprisingly durable. I won't be using the keys much at all, so they should last for many years this way. 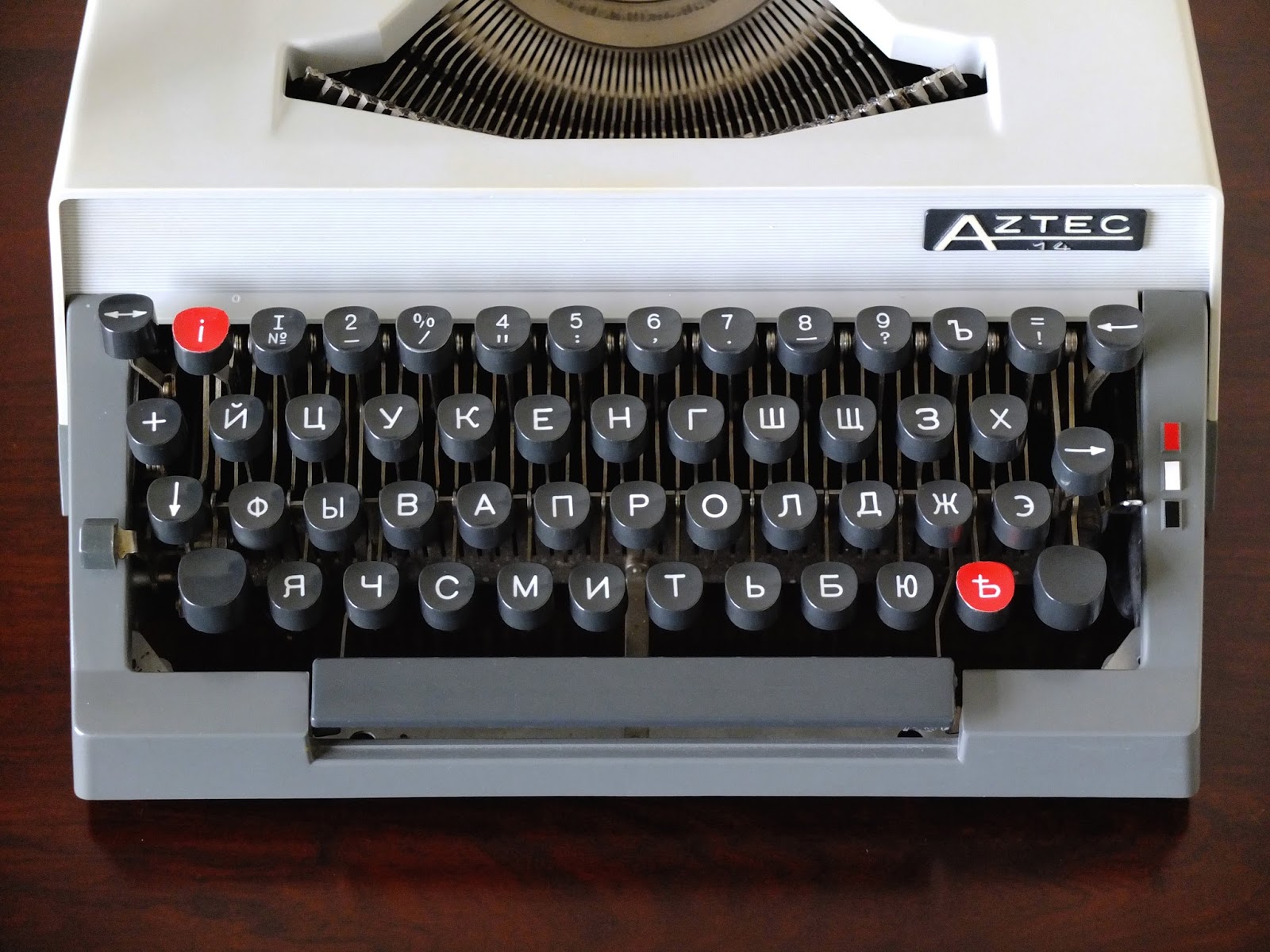 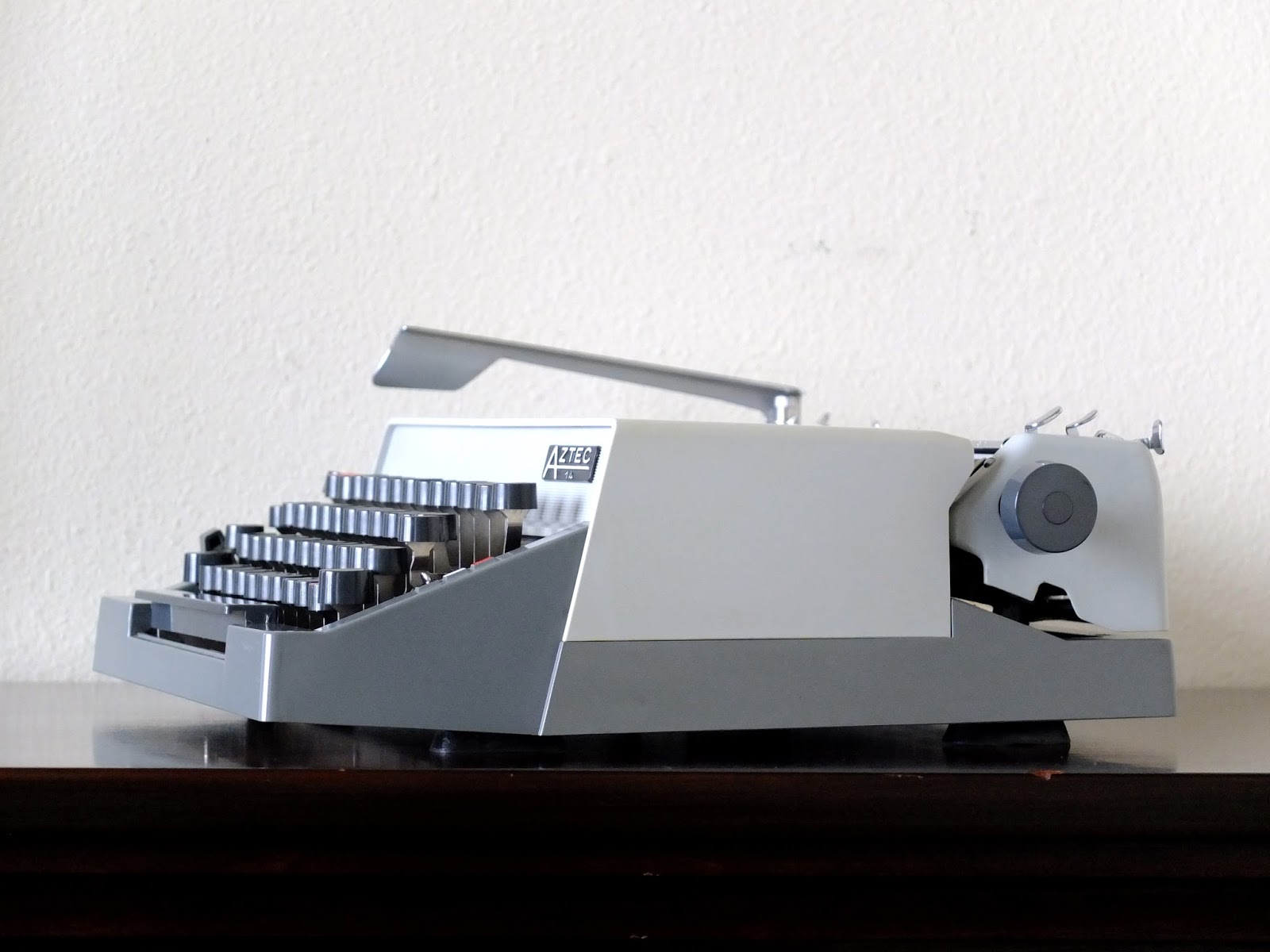 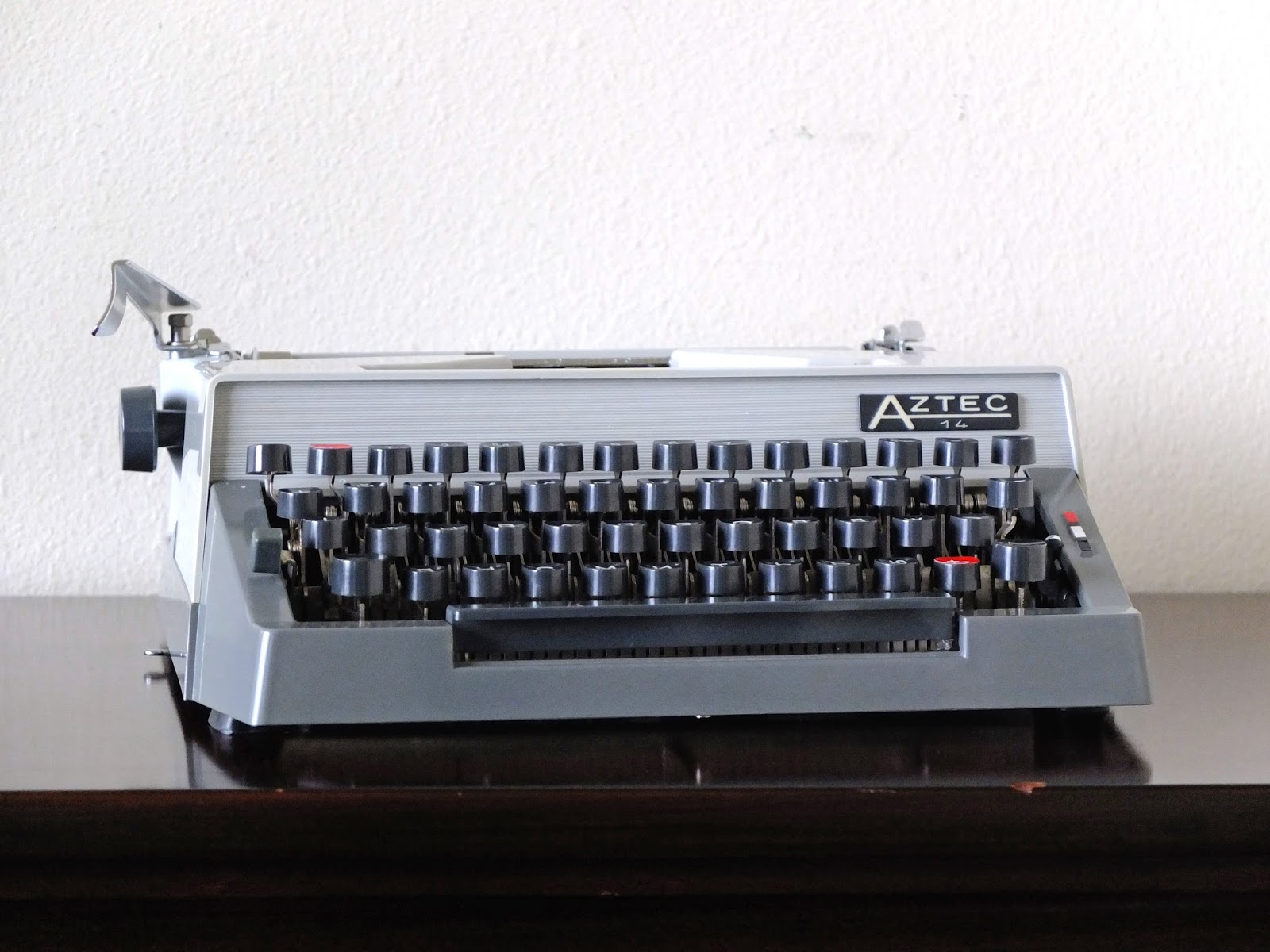 What can I say about the Aztec 14? It's exactly like a late Erika 10, except with an angular plastic shell. As far as I can tell, it works just as well as the previous metal-bodied Erika, which is to say it's a very good machine. It's hard to compare exactly, though, since it has a Russian keyboard, which I still haven't mastered…

Oh, the title of this post means "red is beautiful" or "redly beautiful". Amazingly, "redly" didn't trigger spellcheck. Either way, it's a good thing to say in Russian, and it's true. The red accents improve the appearance a lot. I love the angular looks, it's just the tri-tone grey is a bit dull! 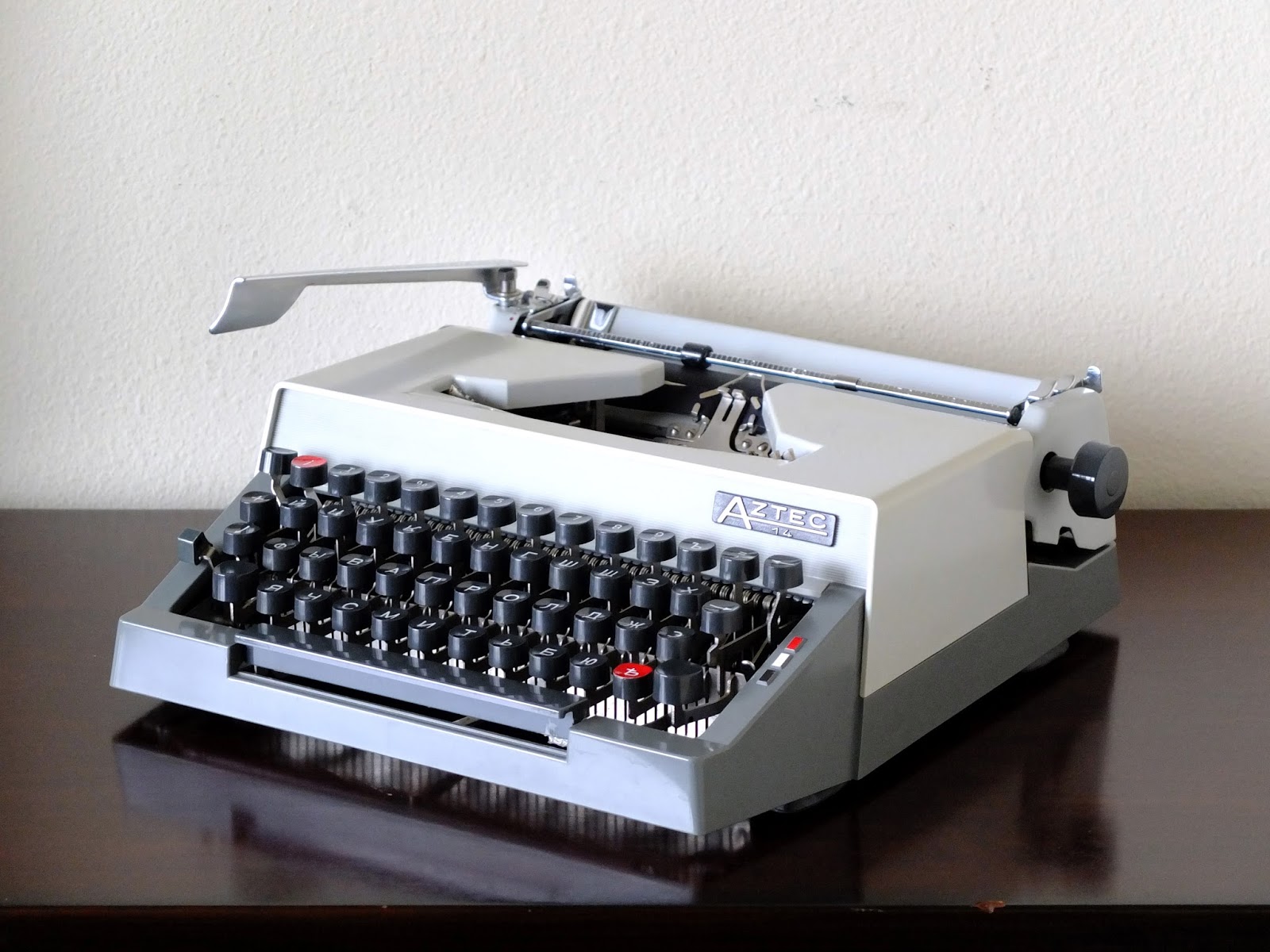 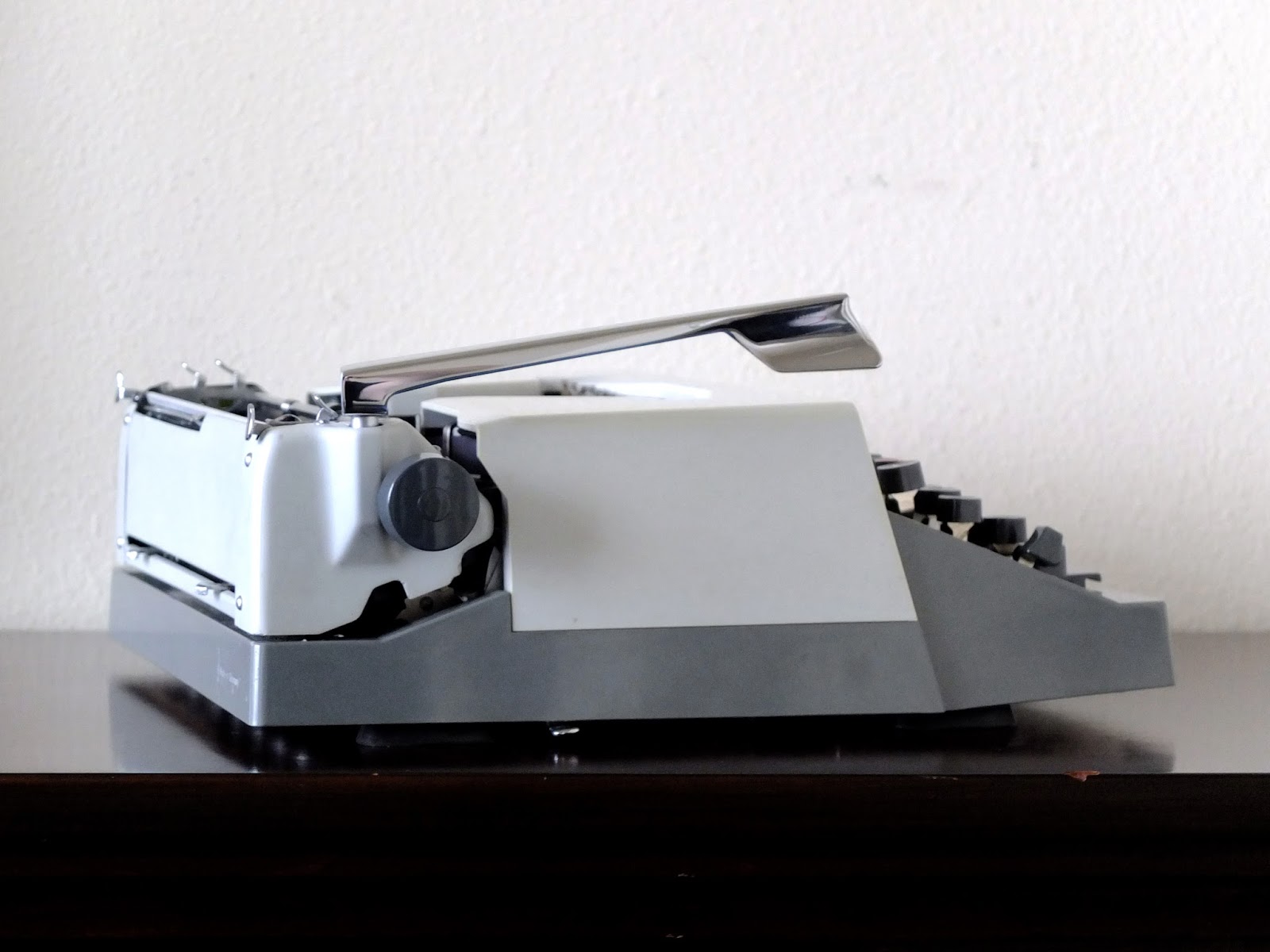 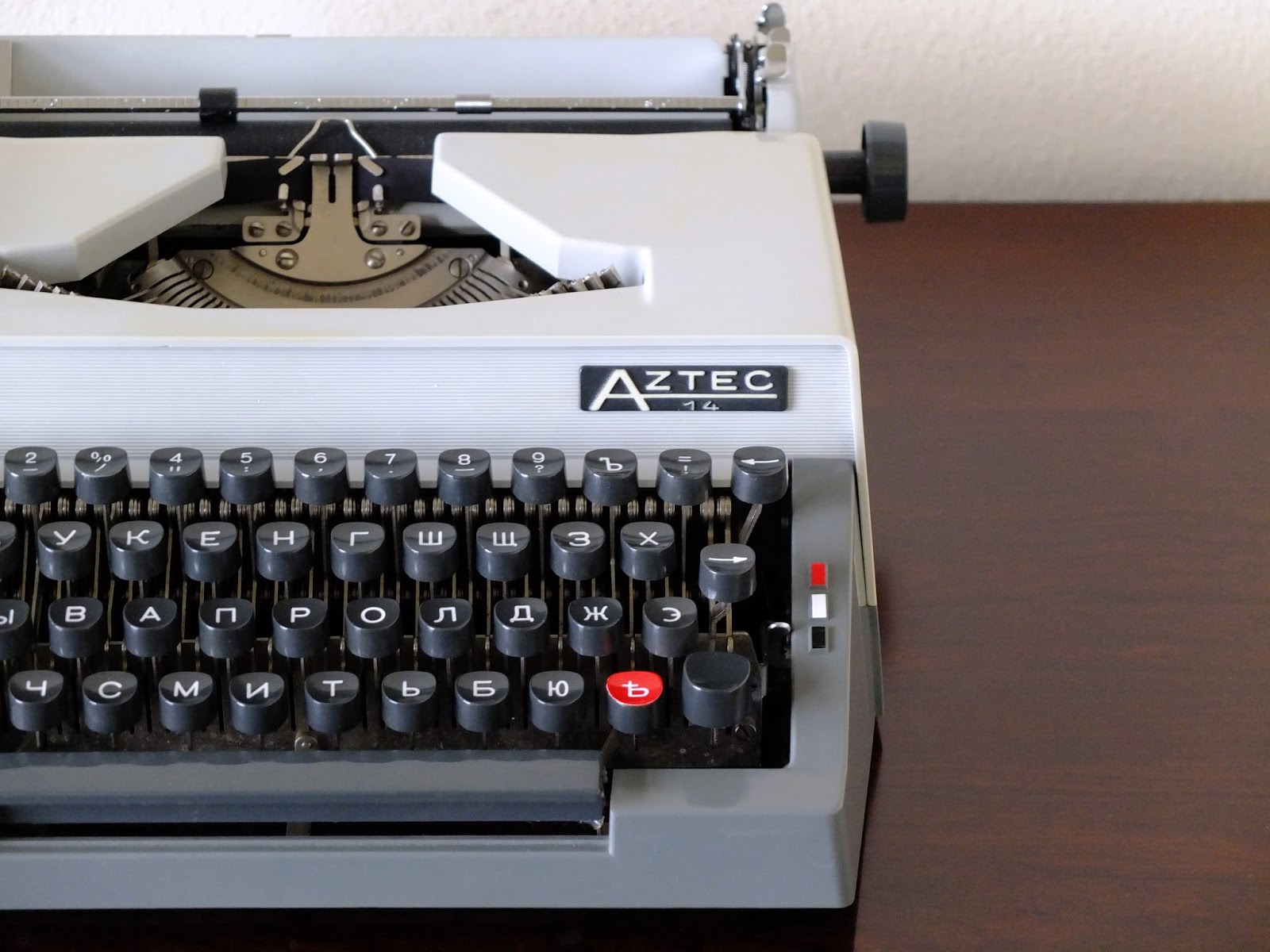 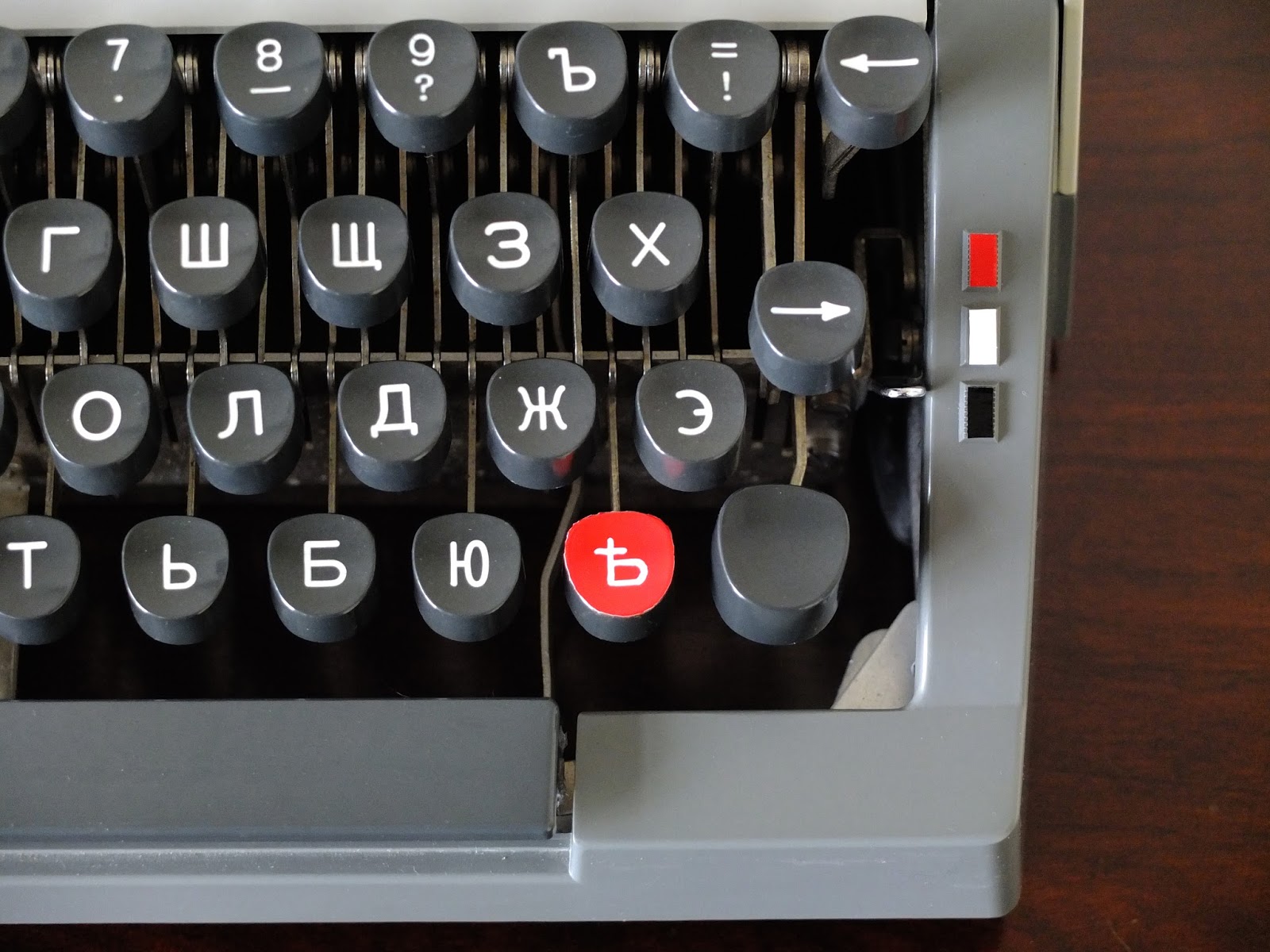 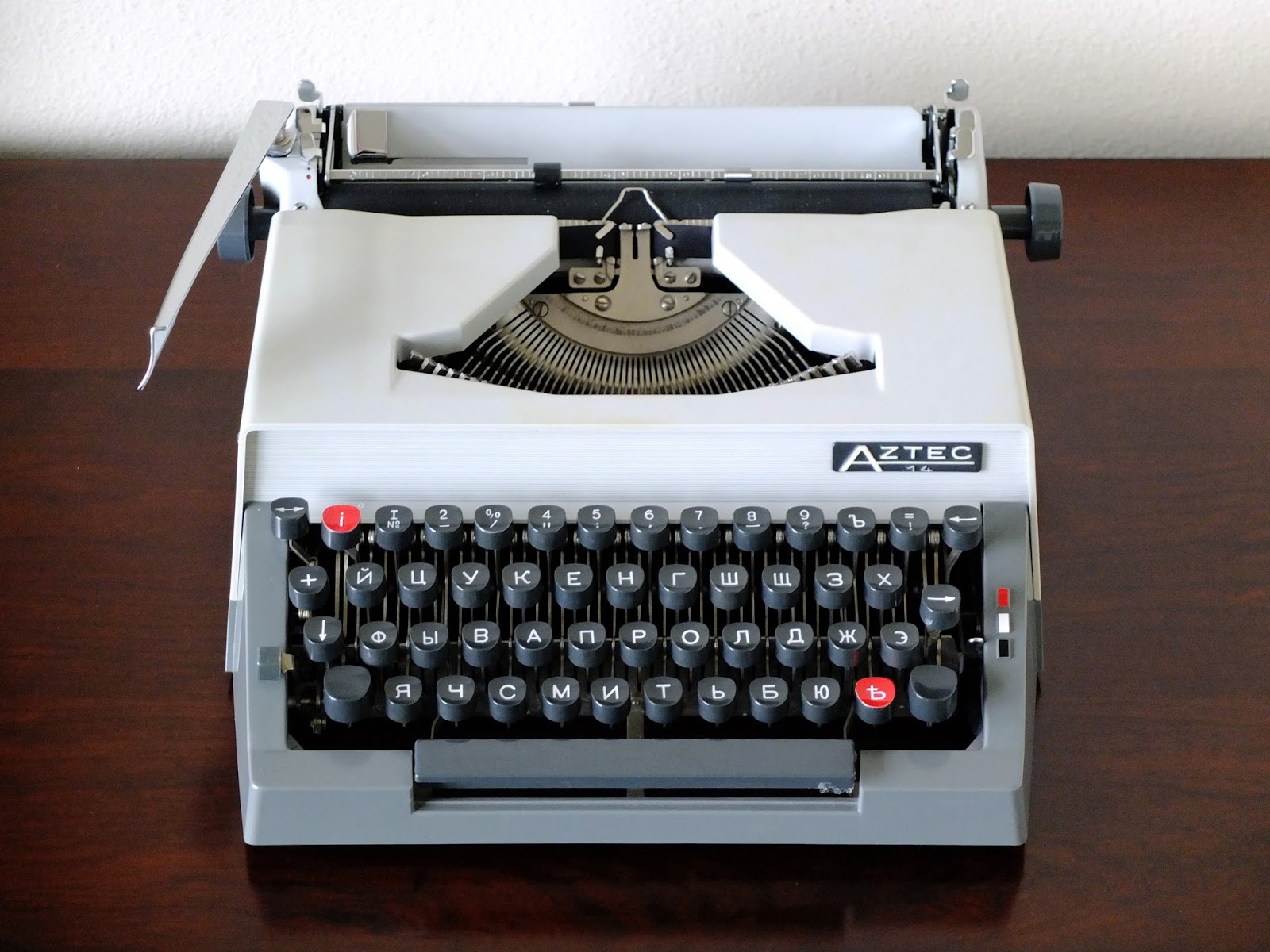 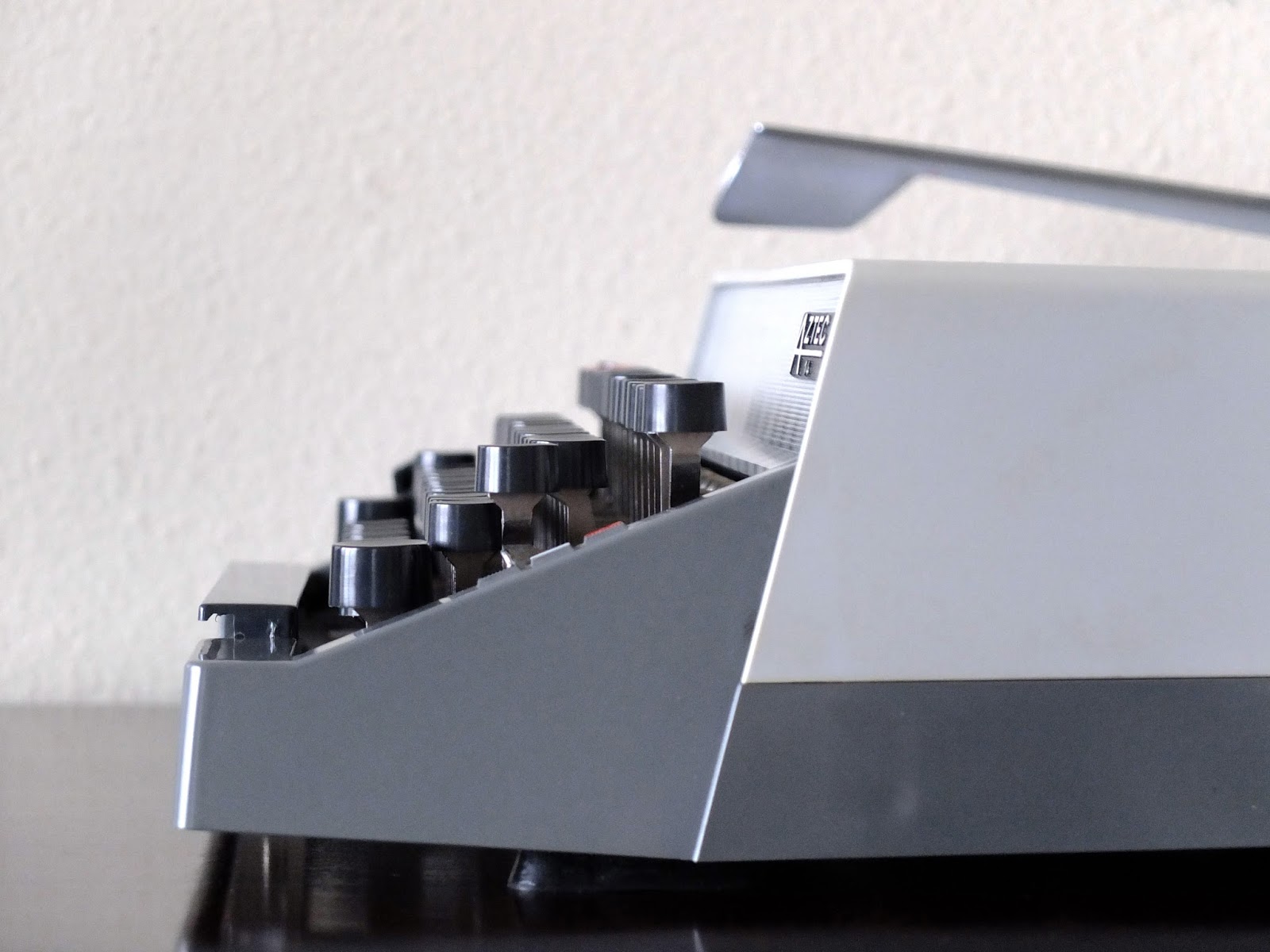