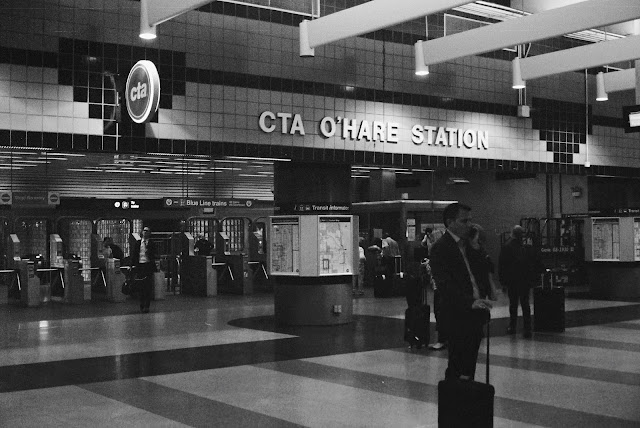 After so many years of wanting to, I finally had a chance to spend a few days in Chicago! 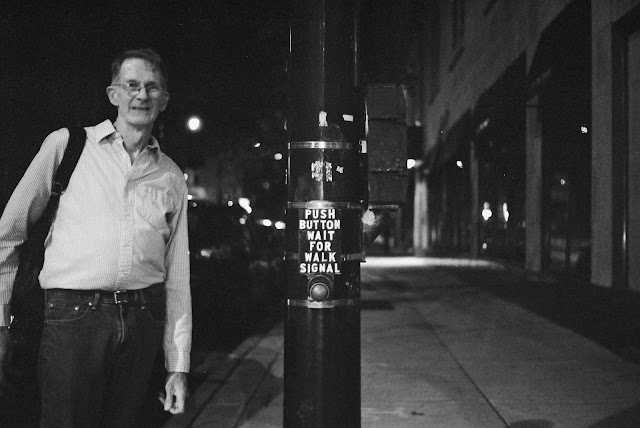 W and I had the best tour guide, my good friend Don, who used to live there. 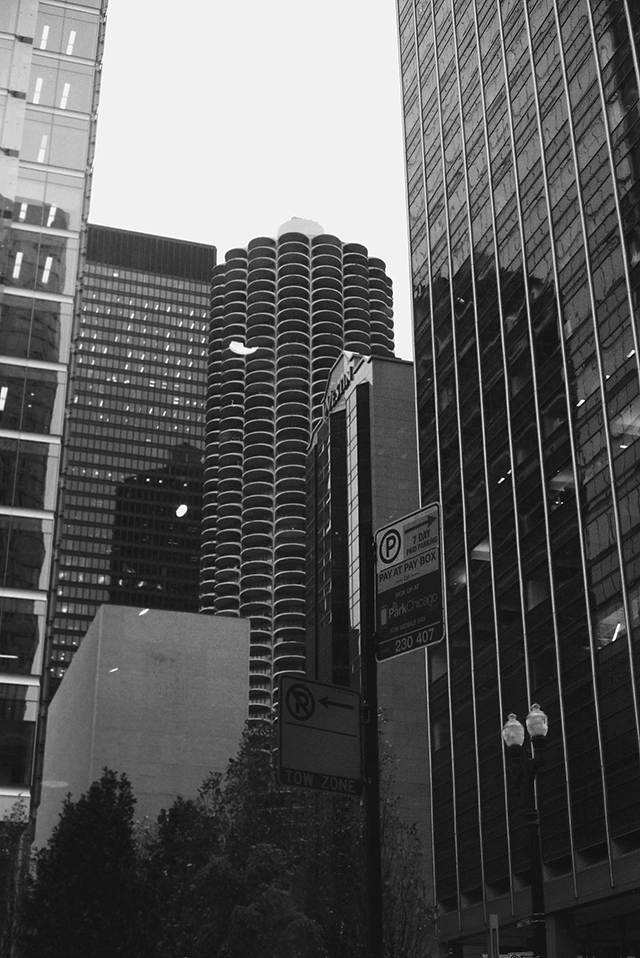 We wandered around downtown, taking in the architectural sights. 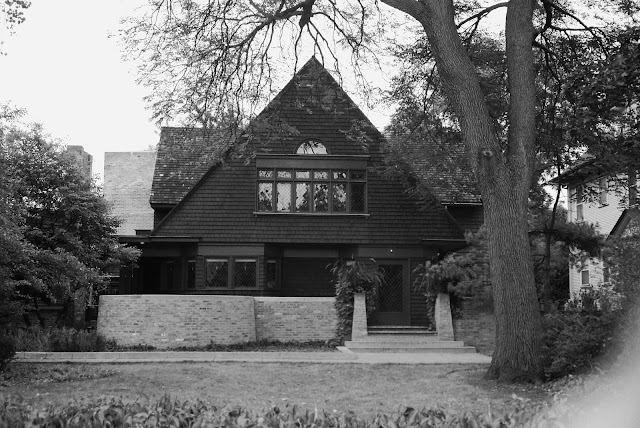 But one of the biggest parts of our trip was a visit to Oak Park, to see Frank Lloyd Wright's first home and studio, along with many of his early creations. 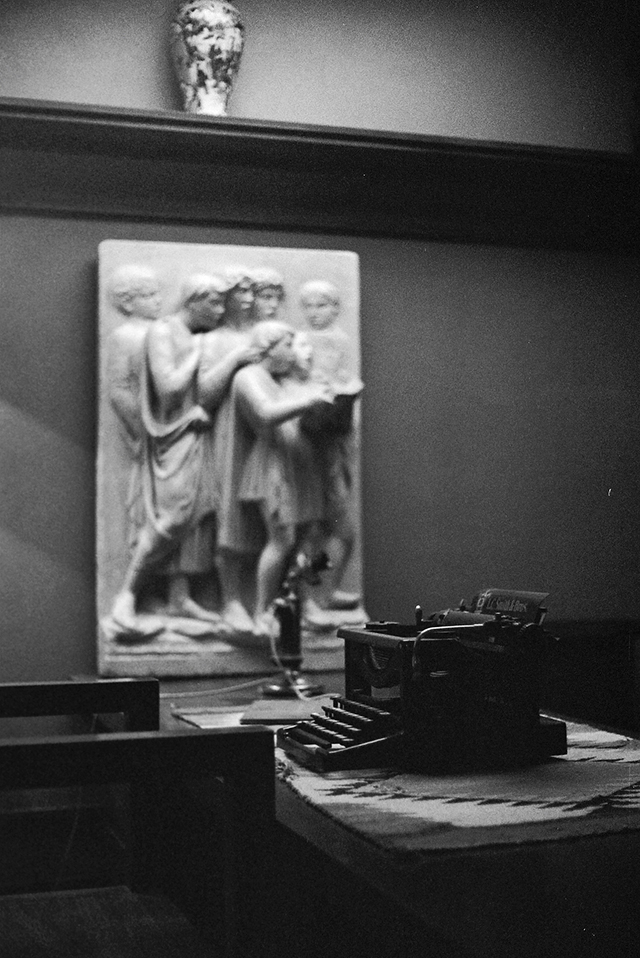 What is this I found in the office? An L C Smith! 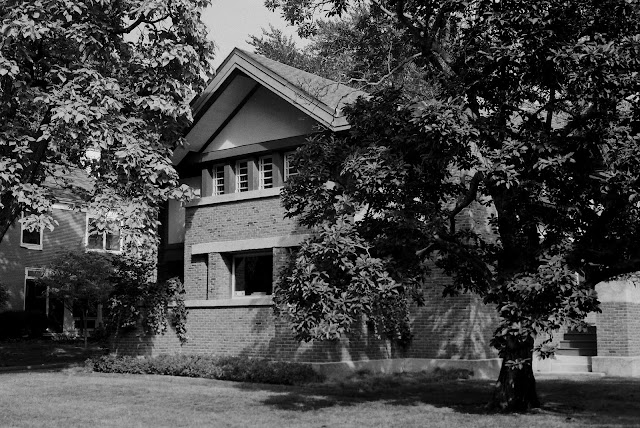 Throughout the neighborhood there were several houses designed by Wright. 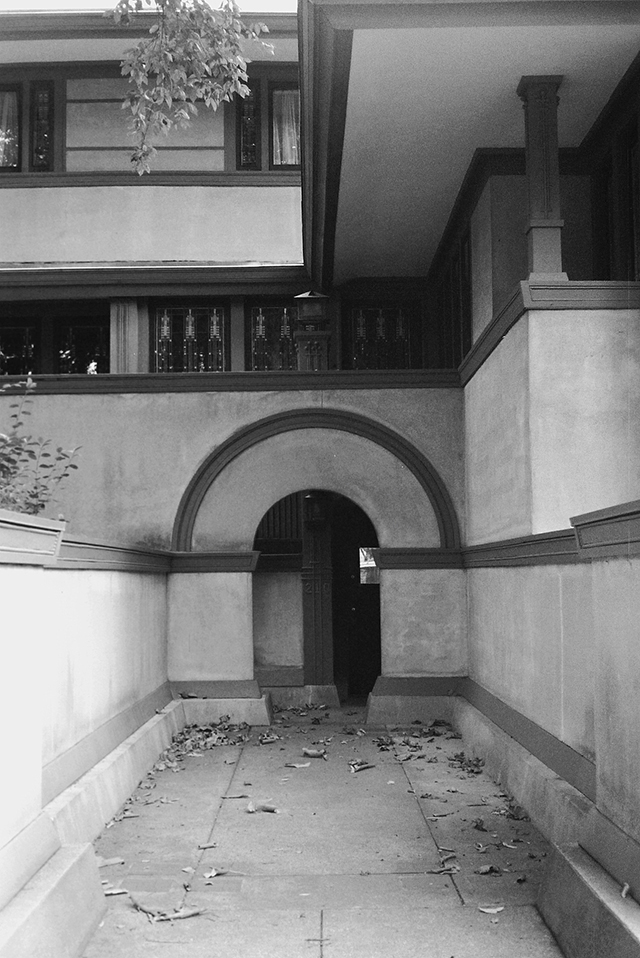 Including some outstanding works. One of the best, though, was getting to see Unity Temple. It was a truly radical design, especially for conservative Oak Park, when it was constructed in 1905. 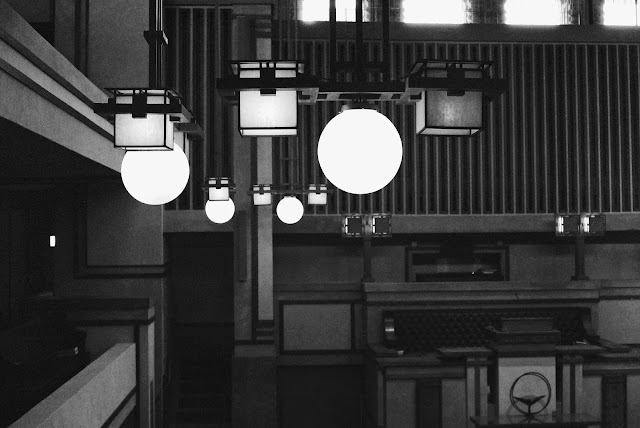 The interior is also striking, but much more serene and comfortable compared to the imposing exterior. 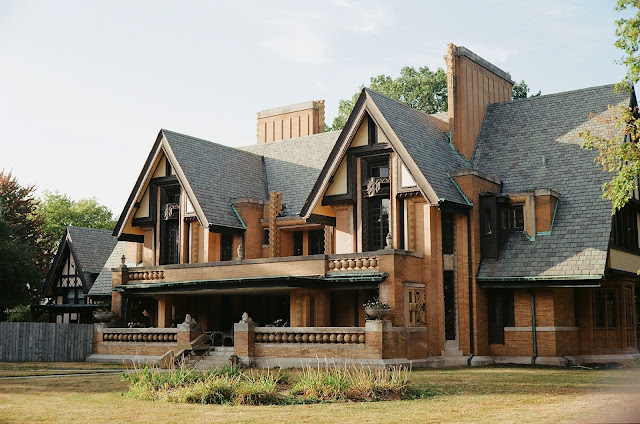 Another highlight was the Nathan Moore house, which is one of Wright's rare ventures into English style—and he pulled it off masterfully, of course. 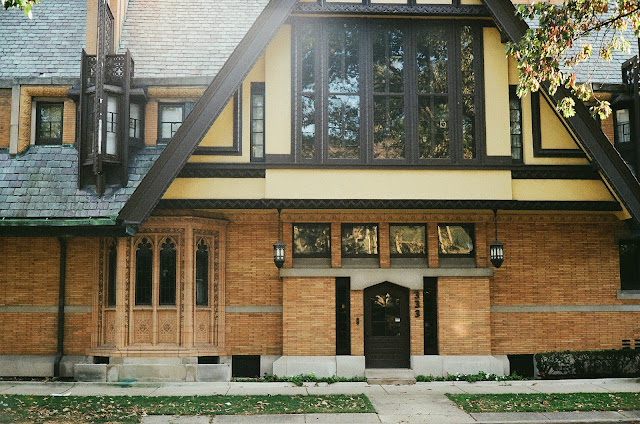 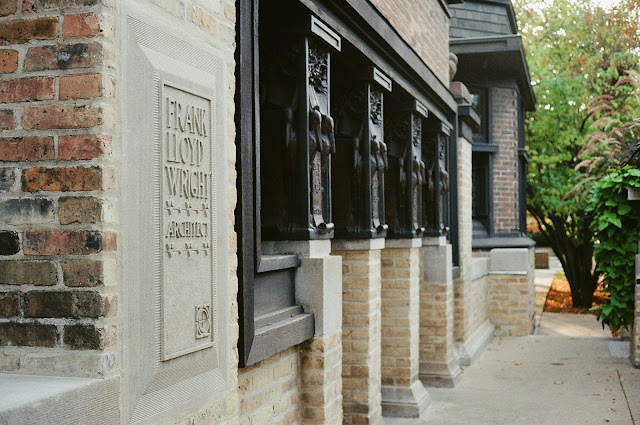 Back to another shot of his home and studio. 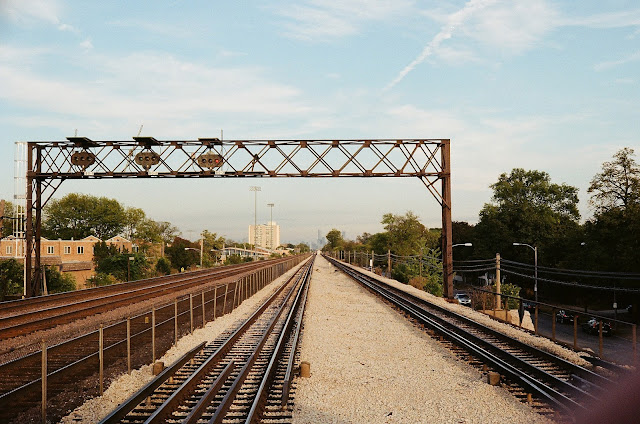 We traveled almost exclusively on the L, which is the only way to really get around the city. 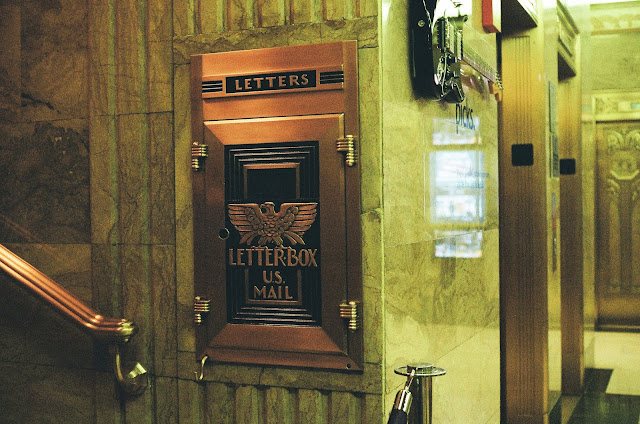 The lobby of the Carbide & Carbon building. 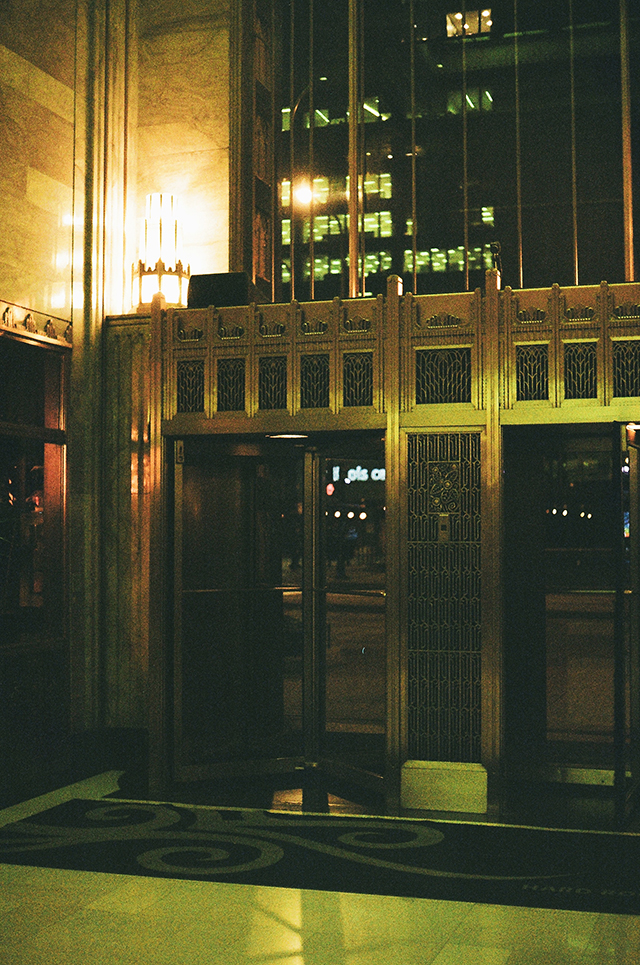 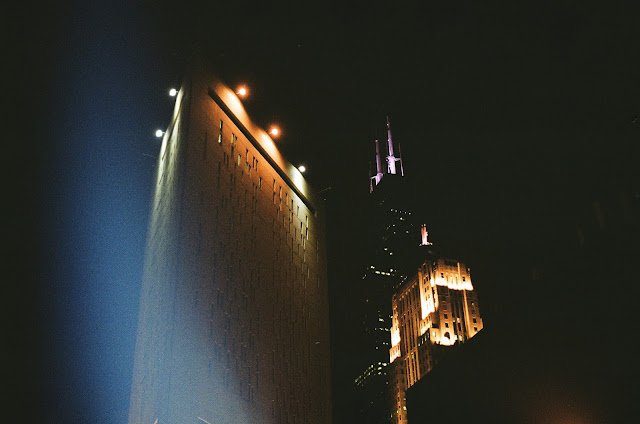 And finally, the federal prison in Chicago.