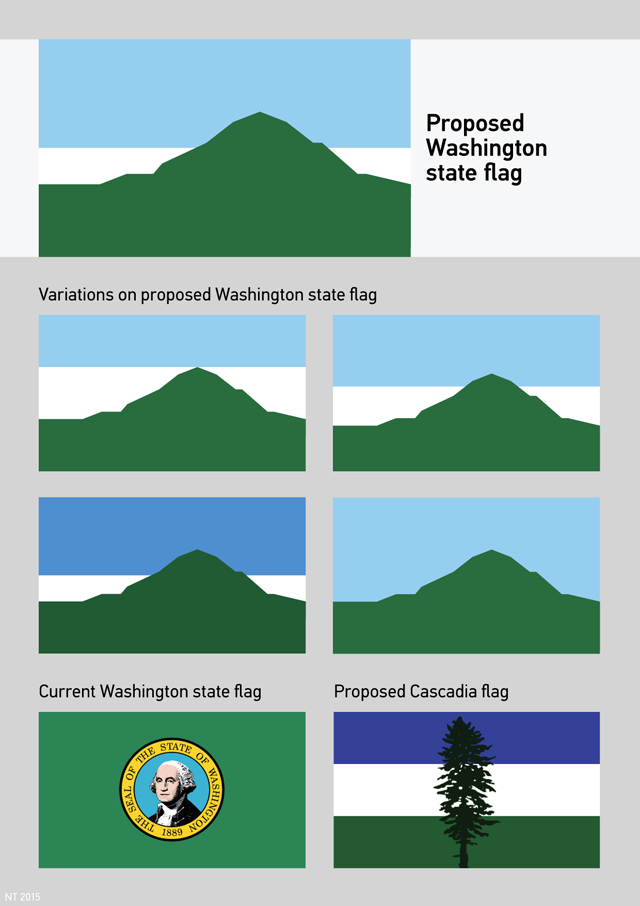 (This isn't typewriter-related, but it's a little side-project I've been working on recently)

Washington is a really great state with a terrible flag. The only thing going for it is that the field is green instead of blue like almost half of the other states. My first idea for a new flag was to take a silhouette of the Olympic mountains, but it ended up just looking like a torn edge between the blue and green.

So I decided to use the silhouette of our beloved Mount Tahoma (aka Mount Rainier, the most prominent mountain in the contiguous 48 states) instead. I added a white stripe to the middle for more contrast, as the blue and green don't provide quite enough on their own. With the stripe added, it ended up looking like the proposed flag for Cascadia (which I think is a nice idea, if rough).


Now, a reward for your time: